How did the show hold up for you?

By DojoToad,
November 19 in Wheel of Time TV Show 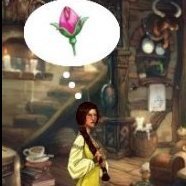 I did not hate it, but I did not love it either. What a boring take, I know. This will be very long, but if there's one thing the Wheel of Time taught me (from a writing perspective), it's the value o

I hated the first 3 episodes with the fire of a thousand suns (or one Nynaeve super healing).  I forced myself to watch Ep4 because I read comments on this site saying it was better.  It was, but not

Honestly, I’m enjoying the show, but I agree with this. “You better say you like this or at least stay quiet so we can get a better version when they inevitably reboot it twenty years from now” is a n