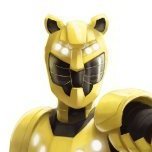 I'm not a fan of this particular (rumored) change. My immediate reaction to hearing about it is "but why though?" and I can't think of a satisfying answer. Perrin losing himself in the moment and kill

It's without a doubt my least favorite of the rumored changes.

We'll see if any of it happens.  But who's to say he is married?  Maybe he is betrothed or maybe thinking along those lines.  Or if she is already an Aybara, she is sister, cousin or whatever.  She ca