What would you want to tell Rafe Judkins about making the show?

1; Let Logain fight Taim,  Giving it to Egwene ruined 3 books worth of buildup into a final battle between Logain and the Black Tower, and Taim and his Dreadlords.  There are many other ways Egwene ca

personally, I'd rather have the thin innkeeper and four kings instead of Paitr 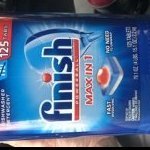 Make it horrifying.  Trollocs need to come across like Demons from hell, The utter dispair one would feel facing an 8 foot tall, yoked, armed and armored, half human, who’s only goal is to make you su