Today marks a full year since production of The Wheel of Time began in the Czech Republic and Slovenia. 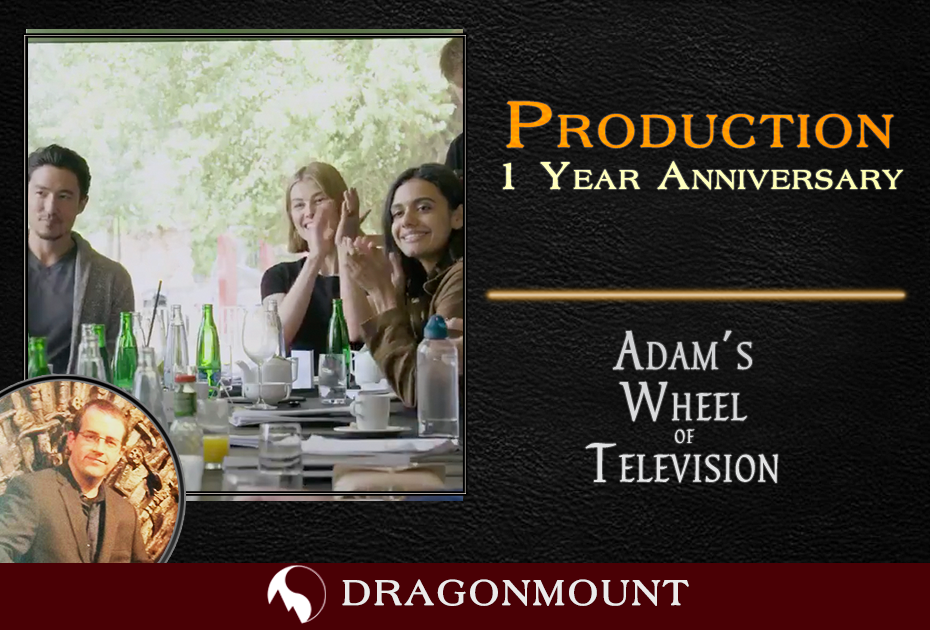 Today marks a full year since production of The Wheel of Time began in the Czech Republic and Slovenia. Had things proceeded according to plan, shooting would have wrapped in May and the production would have been deep in post-production, ready for an early 2021 debut.

Unfortunately, fate had other ideas and instead we’ve had to endure a pandemic which has had far-reaching consequences around the globe. The Wheel of Time had to go on shooting hiatus in March with six of the eight episodes in the can and for a while it looked like completing the season would have to be held off indefinitely. Fortunately, shooting on the final two episodes was able to resume last week and the hope is that the series will be able to debut in 2021, hopefully not too far behind the original airing schedule.

For this anniversary post, I thought it would be fun to do a brief catch-up of the news covering production as it unfolded.

Back in April 2019, we had firm news that casting was underway. Two months later we had confirmation of our first castmember: Rosamund Pike (Gone Girl, The World’s End) as Moiraine Damodred. Pike also signed on as a producer, part of a long-term interesting in working behind the scenes in film as well; she also recently signed on as a producer on Netflix’s Three-Body Problem, working alongside former Game of Thrones showrunners David Benioff and D.B. Weiss.

The floodgates opened in August 2019 when the main Two Rivers cast was announced: Madeleine Madden as Egwene al’Vere, Marcus Rutherford as Perrin Aybara, Barney Harris as Mat Cauthon, Zoë Robbins as Nynaeve al’Meara and Josha Stradowski as Rand al’Thor. We also got Brandon Sanderson to weigh in on the casting choices, and he had some wise words on audience expectations of a faithful adaptation versus the practicalities of delivering that with the practical and financial limitations of television production.

We then got news of Daniel Henney being cast as al’Lan Mandragoran, and an early preview of the cast in action due to a video of the first table read for the series. More casting news followed: Tam al’Thor; Logain, Loial, Thom Merrilin and Padan Fain; Alanna Mosvani, Maksim and Ihvon; Liandrin, Aram, Leane and Ila; Abell Cauthon, Natti Cauthon, Marin al’Vere, Bran al’Vere, Daise Congar and Cenn Buie; Eamon Valda and Geofram Bornhald; Master and Mistress Grinwell and Dana; Basel Gill; Raen; and Min Farshaw and Siuan Sanche.

Meanwhile, in other posts we discussed things to expect from the show, characters who might have expanded roles, the writers working on Season 2 scripts, the directors, the budget, the locations, and that pesky question of how many books will be adapted in the first season. We also had to address fan concerns over characters being cut, initially fears that Thom Merrilin was going to be axed (he wasn’t) and that Min wouldn’t make it into the first season (she has, although the jury is still out on Elaida, Elayne and the rest of the Trakands).

We even had a chat about the show at the virtual JodanCon back in April, which was gatecrashed by showrunner Rafe Judkins who kindly answered some of our questions about the project (and got some nice exclusives, like Seasons 1 and 2 being eight episodes long apiece).

It’s been a wild ride and it’s not quite over yet. Shooting on the final two episodes of the season is expected to continue well into October, if not November as well, and there’s still some castmembers we expect to see in the first season who should be announced (including Lord Agelmar, hopefully, and maybe a couple of those pesky Forsaken).

As usual, Dragonmount will continue bringing you news on the series as it comes in.