Game of Thrones actor Michael McElhatton has been cast as Tam a'Thor in the upcoming Amazon Prime Wheel of Time TV series. 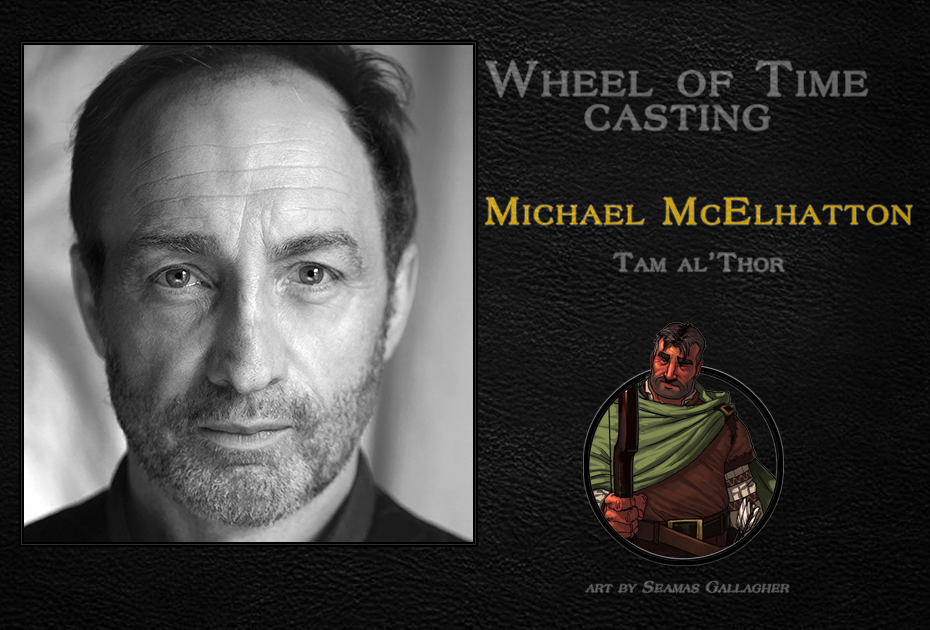 Irish actor Michael McElhatton has been cast as Tam al'Thor for Amazon Prime's upcoming Wheel of Time TV show. This news was announced today as part of November's #WoTWedNesday on Twitter and Instagram.

Here's his bio, as provided to us by Amazon Studios:

Michael recently wrapped recurring roles on the second season of TNT’s THE ALIENIST and the second season of the Sky Atlantic/Hulu German series DAS BOOT. He can most recently be seen in the Starz series THE ROOK as well as the HBO/Sky series CHERNOBYL. Michael can next be seen in the upcoming Disney+ feature film TOGO, opposite Willem Dafoe, and the Irish film THE WINTER LAKE. Michael is most notably known for his role of “Roose Bolton” in GAME OF THRONES and “Dr. Philipp Lenard” in GENIUS: EINSTEIN. On the film side, he can be seen in JUSTICE LEAGUE, THE FOREIGNER, THE ZOOKEEPER’S WIFE and others.

Michael was visible in the recent promotional video that Amazon released showing the Table Read of the first episode. Fans quickly noticed him and began speculating on which role he would have. Now we have our answer as we know he'll be playing the stable, kind-hearted father figure to Rand, played by Josha Stradowski.

For more information on the Wheel of Time show, be sure to visit our TV section.