Amazon has announced the casting of the main characters for the forthcoming Wheel of Time TV show. 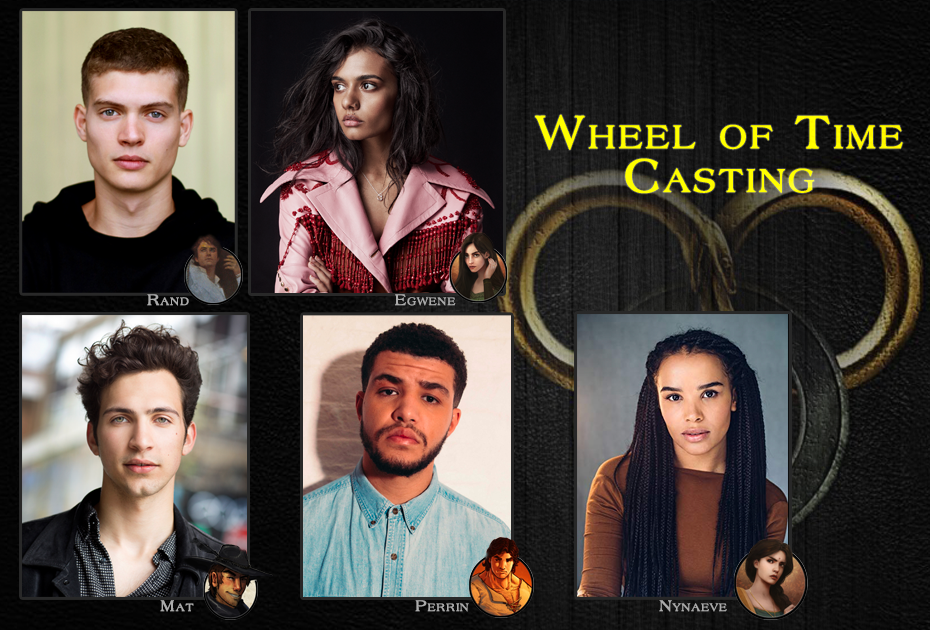 Sony and Amazon announced today, through the official Wheel of Time Twitter account, the casting of the show's main characters. The "Big 5" Two Rivers characters.

Here are their official bios, as provided by Amazon:

Josha Stradowski started acting as a kid in musicals like The Sound of Music and Ciske de Rat, then began playing roles in television as a teenager. He graduated from the AHK theatre school in Amsterdam and worked on multiple plays such as Oedipus, directed by Robert Icke, at Ivo van Hove's theater company ITA in 2018. He recently completed filming on a new TV series about fighter pilots. He also played the lead role in an indie feature film, Just Friends, for which he and the film received a number of awards on the international film festival circuit.

British Independent Film Award’s Most Promising Newcomer nominee, Marcus Rutherford made his screen debut as the lead in Jamie Jones’ feature film Obey. The story follows a young man’s struggle in bettering himself against the backdrop of the 2011 London Riots, meshing real and staged footage of the events. The film premiered at the Tribeca Film Festival, winning Best Cinematography, and has since received high praise from critics. Peter Bradshaw, writing for The Guardian said, “there is a strong central performance from Marcus Rutherford as Leon, a young man just out of care”.

For his performance in Obey, Marcus was also named “One to Watch in 2019” by the Observer and received three UK National Film Awards nominations: Best Actor, Best Breakthrough Performance and Best Newcomer.

Most recently, Marcus wrapped filming County Lines. The drama about a mother and her fourteen-year old boy who is groomed into a lethal nationwide drug selling enterprise, also starring Harris Dickinson and directed by Henry Blake.

Madeleine Madden is a young rising star with a fast-growing list of impressive credits to her name. She first came to the attention of her home country by being the first Australian teenager to deliver an Address to the Nation on behalf of the Generation One campaign’s call for action to create a better future for indigenous people. Her eloquent and considered speech was watched by more than six million people on national TV in 2010.

Madeleine will next be seen on the big screen this August 9thin Paramount’s Dora and the Lost Cityof Gold. Sarah Spillane’sAround the Blockwas her first feature film starring opposite Christina Ricci.

Madeleine made her stage debut in Sydney Theatre Company’s production of The Secret River, directed by Neil Armfield.