As well as the characters and the mythology, the Amazon TV show has to nail another aspect of the world: locations. 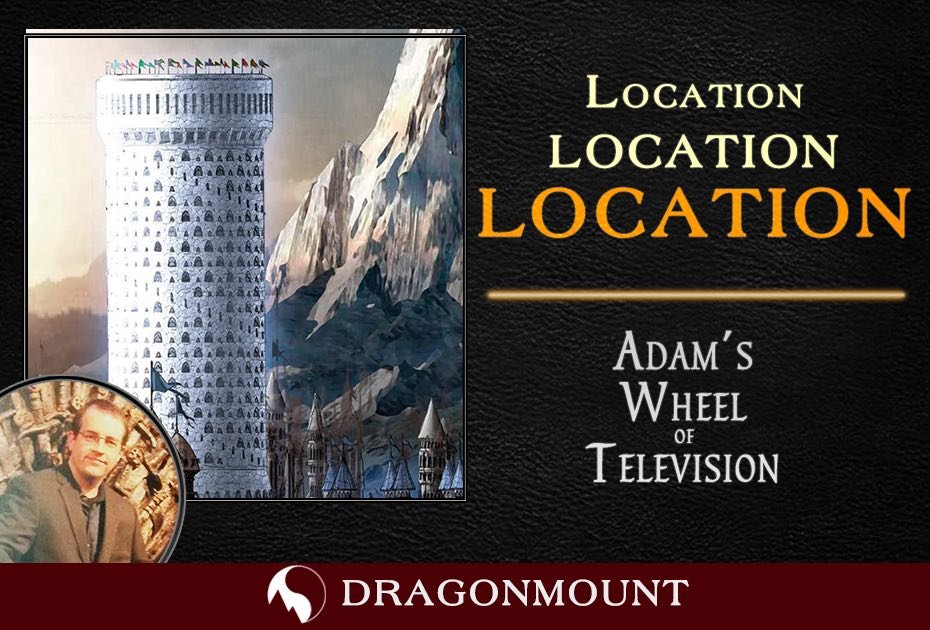 Work on the Wheel of Time TV series is spooling up again after a long break due to the coronavirus pandemic. Most of the cast and crew is now back in the Czech Republic, more casting has been announced and shooting should be resuming fairly soon for the last leg of production so, hopefully, we can see the show early next year as originally planned.

Whilst that work continues, it may be interesting to consider something we haven’t talked about much so far: locations and places in The Wheel of Time and how they will be depicted on screen.

The Wheel of Time spans numerous cities, towns, villages, nations and areas of wilderness scattered across a landmass considerably larger than the United States, as well as (very) brief jaunts to other continents and islands. One of the weaknesses of depicting fantasy on screen for decades was how to depict such locations on a limited budget. Peter Jackson cracked that in his Lord of the Rings movie trilogy – aided by a competitive exchange rate – by scouring the entire nation of New Zealand for interesting locations and building towns and cities on naturally-occurring landforms, using a mixture of CGI, forced-perspective, models and actual physical sets, sometimes in a logistically challenging manner. The construction of Edoras, the capital of Rohan, was a major enterprise involving construction workers spending months building on Mount Sunday, a remote hill in a mountain valley several dozen miles from the nearest town, for just two weeks of filming. These scenes were then augmented in post-production with additional CG buildings.

Similarly, HBO’s Game of Thrones presented us many cities on a limited budget. The great city of King’s Landing, capital of the Seven Kingdoms, was built on sets but also through location filming, principally in the city of Dubrovnik, Croatia, but also locations in Malta, Spain and on soundstages in Northern Ireland. Locations in Spain and Morocco, again backed up by a large amount of CGI, augmented these to build up other cities such as Qarth, Astapor, Meereen, Braavos, Volantis and Oldtown, creating distinctive environments out of a small number of filming locations.

The Wheel of Time starts small in the bucolic backwater of the Two Rivers but soon grows larger. In the first book alone we visit the large towns of Baerlon, Four Kings and Whitebridge, the ruined and crumbling metropolis of Shadar Logoth and the cities of Caemlyn and Fal Dara, along with half a dozen villages along the Caemlyn Road. We also travel the banks of the mighty Arinelle, cross the enormous plain known as Caralain Grass and risk the High Pass through the foothills of the Mountains of Dhoom to find the home of the Green Man, Someshta. Later books take us to the great cities of Tar Valon, Cairhien, Illian, Tear, Ebou Dar, Tanchico and Far Madding (among others) and the ancient, unfinished city of Rhuidean. The TV producers may also be tempted to include flashbacks to the Age of Legends and vast, vanished cities like Paaran Disen (seat of the Hall of Servants) or V’saine (home of the great floating laboratory known as the Sharom, where the Bore was created), or travel to the Seanchan home continent to behold the imposing Court of the Nine Moons. The Wheel of Time has hundreds of strange and evocative places, many or most of which the TV producers will have to recreate for the show.

We already know that The Wheel of Time has a generous budget and we will be seeing some of these places on screen. Emond’s Field, chief village of the Two Rivers, has been partially built as a physical set on location in the Czech Republic, and I wouldn’t be surprised to see some economic redressing and shooting from different angles to sell this village as several different villages. Taren Ferry is also present, and it seems a waste to have the main soundstages located in the great city of Prague and not make use of its historic buildings and period architecture to depict the streets of Caemlyn or Tar Valon (or both!). Computer graphics will no doubt give us impressive aerial establishing shots of these places as well. CG will also likely be employed to depict the various mysterious and strange other dimensions our characters encounter: the Ways, the Portal Stone worlds, the enigmatic world of Sindhol (home of the Ael’finn and Eel’finn) and Tel’aran’rhiod, the World of Dreams. 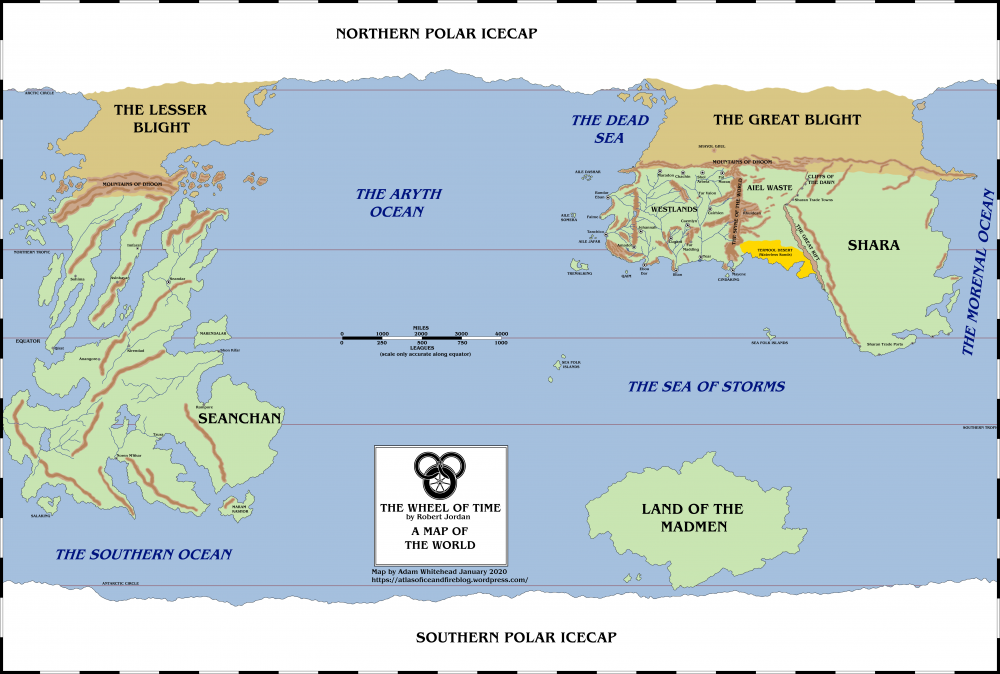 Depicting the locations is one thing, but you also need to make sure the audience knows where they all are. Fantasy novels almost always come with a map in the front pages of the book, or in the case of hardcovers sometimes realised as a spectacular full-colour painting, located conveniently for readers to be able to refer to as they read. This is less convenient for a TV show or film. The Lord of the Rings got around this by having maps appear in the film itself, with characters like Bilbo or Faramir pouring over them to decide their next move. Game of Thrones had, of course, a title sequence built around a map, with the locations appearing in that episode appearing on the map, with the camera swooping through them as they raised out of the ground. I suspect Wheel of Time will not copy that device, but getting the geography of the story across to the audience in a manner that doesn’t take them out of the moment is an interesting challenge.

What locations are you looking to appearing in the show? As usual, let us known in the comments and keep an eye on the Dragonmount TV page for further news.