Money may not always make the world go around but it is certainly important when you want to make an expensive fantasy TV show featuring nonhuman creatures, sorcery and vast ruined cities. 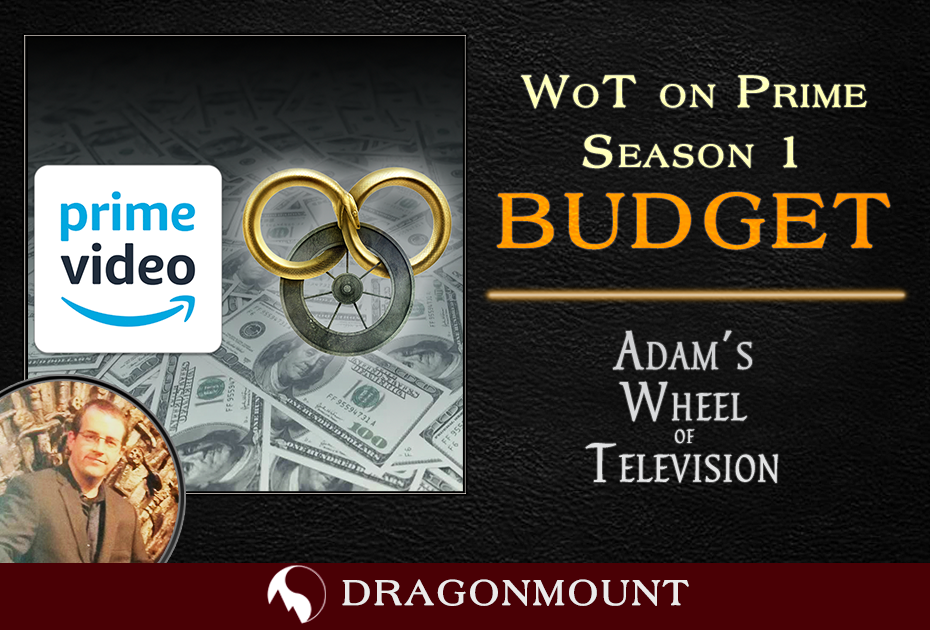 Money may not always make the world go around but it is certainly important when you want to make an expensive fantasy TV show featuring nonhuman creatures, sorcery and vast ruined cities.

It’s been known for a while that Amazon have dramatically increased the money they are spending on their shows. A few years ago, Jeff Bezos, the head of Amazon and Richest Man on Earth™, told his TV division to start spending big and look for the “next Game of Thrones” to help popularise Amazon’s streaming division. They took that to heart, snapping up not just The Wheel of Time, but also J.R.R. Tolkien’s Middle-earth for a new prequel TV show set in the Second Age, telling the story of the forging of the Rings of Power and the original rise of the Dark Lord Sauron.

The budget for the Middle-earth show is widely-known, having been discussed in the trade magazines at the time. The Tolkien Estate sold additional rights to the Middle-earth books to Amazon for an unprecedented sum of $250 million. They also included a stipulation that each of the show’s seasons was to have a budget of between $100 million and $150 million. With apparently ten episodes per season, that gives the show a budget of $10-15 million per episode. For comparison’s sake, HBO’s Game of Thrones was given a budget of $100 million for each of its final three seasons, which, due to a declining episode order per season, gave them a per-episode budget of approximately $10 million (for Season 6), $14 million (for Season 7) and $16.7 million (Season 8), so the Tolkien series will be in the same ballpark.

The budget for the Wheel of Time TV show has been much more of a secret, at least up until recently. WoTSeries.com did some digging and found publicly-disclosed funding which seems to indicate how much money is being spent on the project.

The Wheel of Time TV show is being shot in the Czech Republic, in studios in the capital city of Prague with location filming in surrounding areas and across the border in Slovenia. As is common, the Czech government has tax rebates and incentive funding available for shows that film in the country, the idea that by spending a certain amount of money to encourage the production to remain in the country, the production will spend more money and the local economy will benefit, encouraging more shows to shoot there. This has been successful in recent years, with the Czech Republic becoming a hub of filming with numerous projects setting up shop there (Carnival Row is shooting in studios near the Wheel of Time production base, for example).

Some rather simple back-of-the-napkin maths shows that Amazon must have spent $74 million in the Czech Republic to qualify for a $14.9 million rebate. Of course, that’s not the total budget for the show. Casting was carried out in the United Kingdom and a large chunk of post-production is likewise being handled in the UK, by Cinesite Studios and several other CGI companies. There is also editing, mixing, musical composition and other post requirements taking place in the United States.

All of that comfortably lifts the total budget to well over $80 million and likely significantly more (the CG effects requirements for the show will be enormous). With showrunner Rafe Judkins recently confirming eight episodes for each of the first two seasons, that puts the per-episode budget of The Wheel of Time at well over $10 million per episode, comparable to Game of Thrones circa Season 6 and not far off the budget of the new Lord of the Rings project.

The show will live or die on its writing, direction and performances, but it’s good to see that Amazon is providing enough financial resources to bring Robert Jordan’s grand vision to life.

In other news, WoTSeries has an interesting feature on the set of Emond’s Field being removed and on the logistics of location shooting, as well as finding confirmation that the Emmy Award-winning Ondřej Nekvasil is the main production designer on the show.

Daniel Henney (Lan) has posted the second part of his recent online Q&A, confirming that he sees himself working on The Wheel of Time for many years to come. Zoe Robins (Nynaeve) has also been interviewed in her native New Zealand, in which she discusses the show and seems to confirm the previously-mooted 2021 release date (although how the pandemic impacts on that remains to be see).

As usual, we will bring you all the latest news here on Dragonmount’s TV page.

Also, sure to watch our latest video on The Wheel of Time Community Show on YouTube where host Thom talks about this budget topic.