Alanna and Warders cast for Wheel of Time TV Show

Amazon Prime announced that Alanna Mosvani and her warders have been cast for the upcoming Wheel of Time TV show. 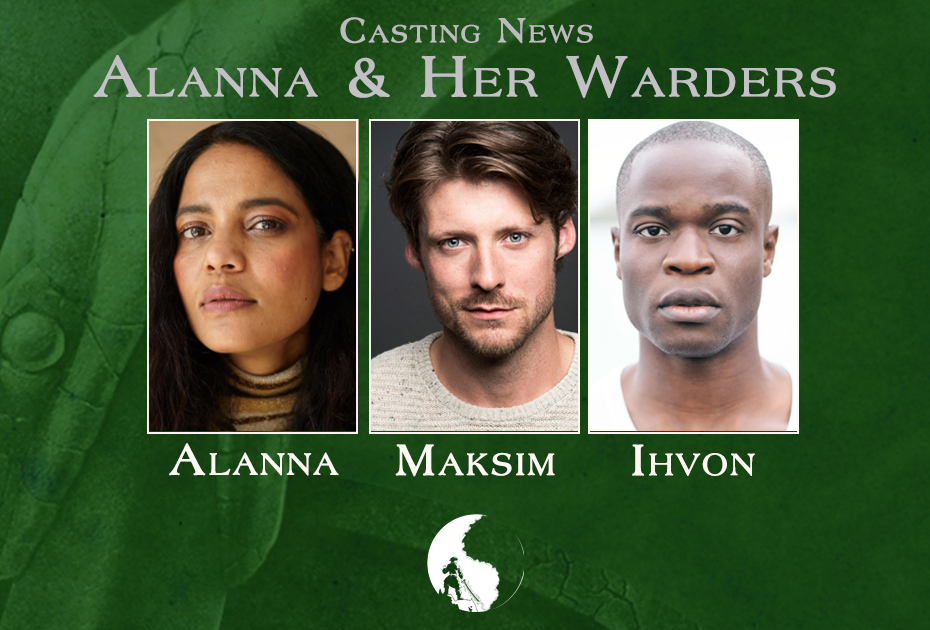 Deadline.com announced today, via an exclusive article that Amazon Studios confirmed to us, that the roles of Alanna Mosvani and two of her warders, Ihvon and Maksim, have been cast for the upcoming Wheel of Time TV show.

Alanna Mosvani will be played by Priyanka Bose.

Ihvon will be played by Emmanuel Imani.

Maksim will be played by Taylor Napier.

In the books, Alanna is an Aes Sedai of the Green Ajah who has a significant, and sometimes controversial, role in the story. She's first introduced at the beginning of book 2, The Great Hunt. Interestingly, in the books, Alanna has two warders, Ihvon and Owein.  Of those warders, Owein has the lesser role and is only mentioned a few time before dying.  It seems he's been replaced by a character named Maksim. It's unknown if these are intended to be the same character, or if Maksim is a replacement for Owein with the intention of having a larger role.

From the Deadline article:

[Alanna is] renowned for both her kindness and her temper. And instead of having one Warder like Moiraine, she has two — Ihvon (Imani) and Maksim (Napier). The three of them have a complicated relationship built on love, sex and respect that welds them into a fearsome force in battle.