Adam's Wheel of Television: Shooting Begins...but where is the gleeman?

Shooting has begun on The Wheel of Time...but where is our favourite gleeman? 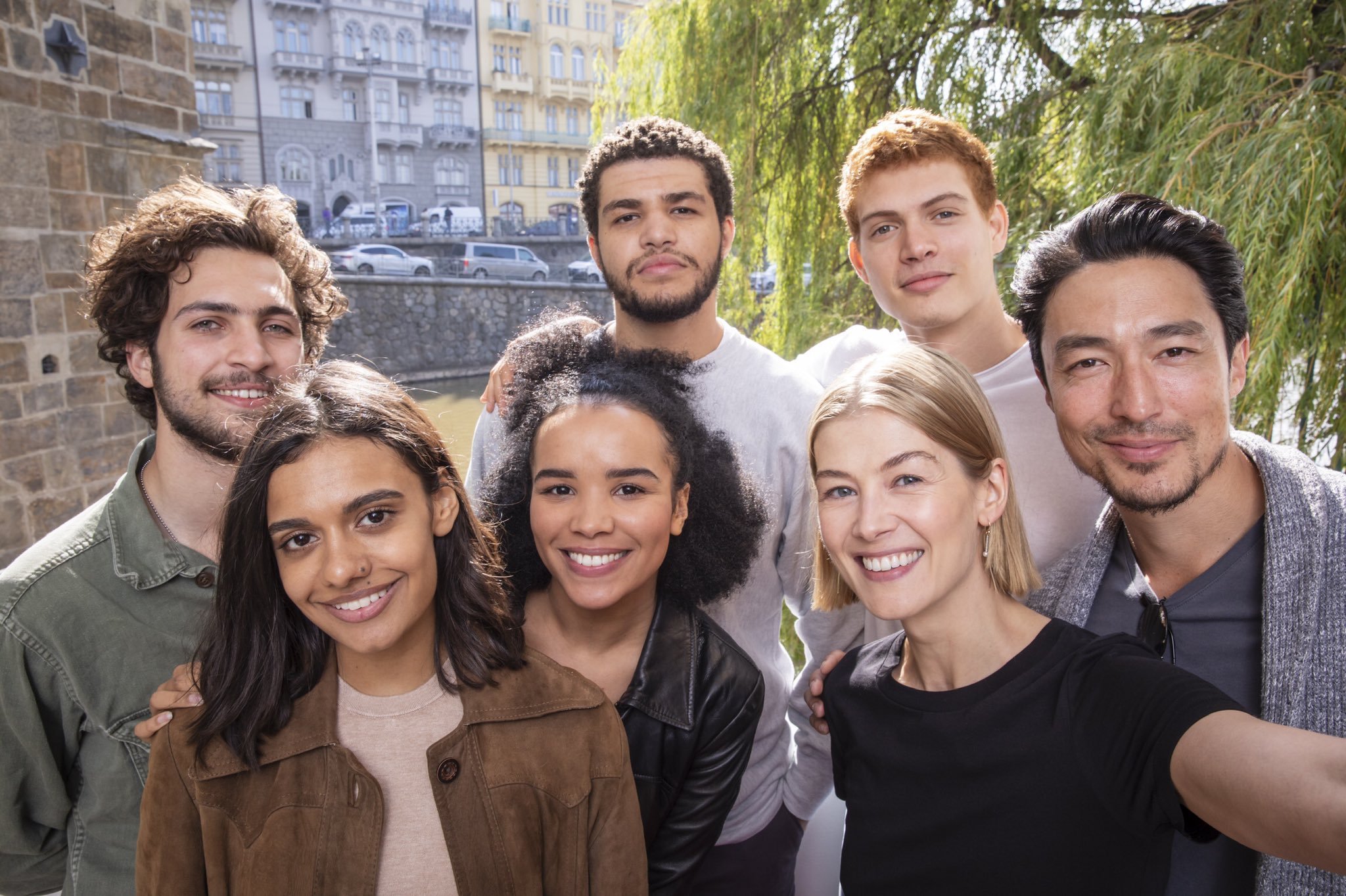 Adam Whitehead is Dragonmount's TV blogger. He'll be writing a regular column called Adam's Wheel of Television. Adam has been writing about film and television, The Wheel of Time, and other genre fiction for over fifteen years. Be sure to check out his websites, The Wertzone and Atlas of Ice and Fire (including The Wheel of Time Atlas!) as well as his Patreon.

Principle photography – or “the actual filming” – began today on Amazon Prime’s Wheel of Time television series. The shoot is expected to run through to the end of May 2020, with months of post-production to follow. When we will see the show on air is still open to question, but late 2020 to early 2021 seems reasonable.

Showrunner Rafe Judkins took to social media to both celebrate the news of filming beginning but also commemorate the passing of Robert Jordan, who sadly passed away on this day in 2007 at the age of 58. Robert Jordan had been diagnosed with cardiac amyloidosis, an exceedingly rare blood condition (affecting only one in a million people), and had spent almost two years undergoing experimental treatment. During this time, he had mustered as much energy and creativity as possible to create an outline for the ending of The Wheel of Time in the form of writings, draft chapters, dictation on cassettes and copious notes, which was later used by Brandon Sanderson to deliver an ending to the series.

Whilst millions of Wheel of Time fans worldwide remember Jordan on this day, they also have questions about the television adaptation. Last week, the cast shared their first group photo, taken in Prague on the day of the read-through of the script for the series. Notable by his absence was the actor playing Thom Merrilin, who hasn’t been announced yet. This led to a storm of controversy and online hot takes as people furiously debated if the character would appear in the show or if he’d been cut.

To be fair, a large number of other characters expected to appear in Season 1 also haven’t been announced, even those that Rafe Judkins has confirmed are in the script. According to Judkins’ previous comments, both Tam al’Thor and the false Dragon Logain Ablar will be in the show and neither actor has been confirmed yet. Assuming that Season 1 adapts at least The Eye of the World, we can also reasonably be expecting Min, Elayne, Gawyn, Galad, Elaida, Morgase, Gareth Bryne, Geofram and Dain Bornhald, Jaret Byar, Padan Fain, Agelmar, Ba’alzamon, Basel Gill and Mordeth to be cast. Sure, a few of those characters might be held back until Season 2 to save money (Min, Elayne, Gawyn and Galad have to be front-runners here), but certainly not all of them, and some of them fulfil important plot functions: without Padan Fain or Ba’alzamon, Season 1 doesn’t really have a primary antagonist, and calling the second episode Shadow’s Waiting without including Mordeth would be a bizarre choice.

Thom Merrilin’s status on the show is likely to be leaning more towards a recurring role than a regular one. We know that episode two is called Shadow’s Waiting, which implies that the Shadar Logoth adventure will take place in the second or third episode. In the novel, Thom drops out of the story a few chapters later, which means that Thom will be leaving the series less than halfway through the first season (which is expected to run for 8-10 episodes at the lower end).

Hollywood crediting practices can be complicated, but generally speaking, a studio will announce the regular cast for a new show first and with a great deal of fanfare. On this basis we can expect that Barney Harris (Mat), Madeleine Madden (Egwene), Zoe Robbins (Nynaeve), Marcus Rutherford (Perrin) and Josha Stradowski (Rand) will get a billing as series regulars, with Rosamund Pike (Moiraine) and Daniel Henney (Lan) probably getting  the much-coveted “featuring” or “and” credits given to actors with a lot of experience and credits to their name.

The status given to secondary and recurring cast varies dramatically from project to project. In many shows, recurring and guest stars (actors in several episodes of a series but not all, or just one) would not be announced ahead of time at all. For Game of Thrones, HBO were keenly aware of the media and fan interest in the property and announced even relatively minor Season 1 recurring characters like Lysa Arryn and Ser Hugh of the Vale with a surprising degree of fanfare back in 2010. It’s unclear which route Amazon will take, although I suspect their marketing plans to announce something new about the series every month means we will get some more news before the show launches.

This does lead back to a bigger question though: is Thom even going to be in the series at all?

For fans, cutting Thom is unthinkable. He shows up near the start of The Eye of the World and is a useful font of knowledge and information for the young characters (and exposition for readers) about the wider world, especially useful given Moiraine’s secretive nature. He has his own secrets, which in time give us more information about the Aes Sedai, the Red Ajah and the royal family of Andor, not to mention his involvement in the Cairhienin civil war in the second book. In the third book he reluctantly teams up with Mat Cauthon once again and then remains an active part of the story until the very end. As one of the original “seven samurai” who sets out from the Two Rivers at the start of The Eye of the World (with Nynaeve “making the eight,” so to speak, when she catches up with them in Baerlon), Thom is an iconic character from the books and, for many fans, cutting him should be as ridiculous an idea as dropping Legolas from the Fellowship of the Ring.

That said, once the initial anger passes, an argument could be made that Thom doesn’t do a huge amount. He provides a fair bit of exposition, sure, but that could be provided through other characters, such as a more garrulous Moiraine. He spends entire books of The Wheel of Time as a background character, and even sits out the eighth book altogether. He does have some more important things to do at the end of the series, but for some readers these can come a bit out of left field and other characters could perform the same tasks.

That’s not so say that I honestly expect them to cut Thom as a character, but when it comes to the core cast, he’s arguably the most disposable. They could also split the difference and keep Thom, but not introduce him until the TV show reaches the events of The Great Hunt or even The Dragon Reborn. With shooting now underway, I wouldn't be surprised to see leaks and more hints getting out about other castmembers, so we may find out if Thom is in the show, one way or another, soon.

As ever, we will find out in time.