Running thoughts.   I like Logain. Curious who his "madness memories" are. Considering in Ep 1 there is a clearly defined person. Also kinda interesting that when "calling" the sou

The ongoing discussions being had, reading the reviews and stuff, it makes me want to cry.  Not because some people dislike the show, but because how they are impacted and reinforced, and are justifyi 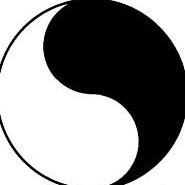 For all the plot deviations from the book, it should be considered that this episode introduces a lot of key book concepts without resorting to long exposition.   We learn a bit about why Ae