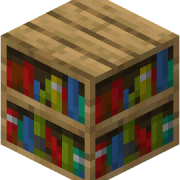 By IdleCuriosity
November 6, 2019 in Kin Forum

So, I don't recall if I ever shared this one here. I finished it at the very beginning of the pandemic, but was only able to deliver it to the gentleman who requested the scroll (to go with the honor

This last month has been very creatively busy for me! The top piece is the 'Petition for Principality' for our new Territory. Calligraphy by a friend, all the design, drawing, and painting is mine. It