OMG is this story ripping of the WoT or what? 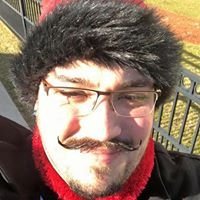 By marcusadams,
February 2, 2008 in Wheel of Time Books