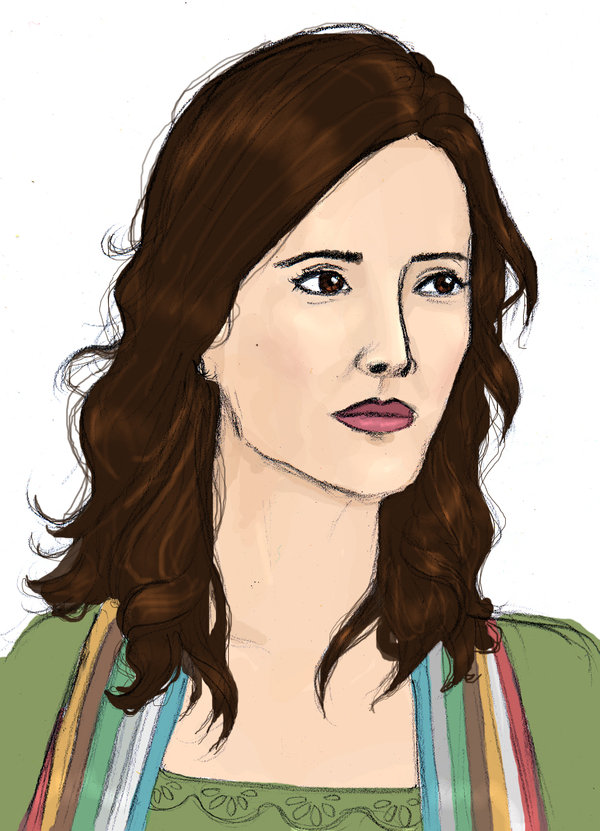 I had so much fun last week finding pictures of Moiraine and Lan, I thought I'd do another character themed entry. So here's some art depicting Egwene in the various stages of her development. This is a nice sketch I found on DeviantArt by *fee-absinthe. I'm assuming that this is meant to be from the beginning of the series, as this looks like the sort of outfit an innkeeper's daughter might wear. There's no hint yet of what's in store for her. 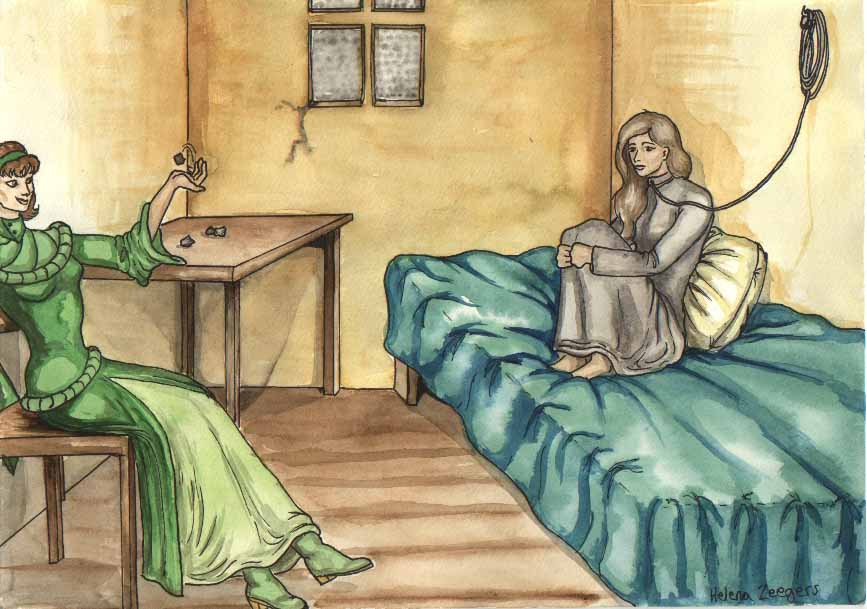 This is a great water color by Helena Zeegers. Helena used to have a very large amount of fan art available online, but it went down with Geocities. I found this on a site that had archived some of her work. Anyone have working contact info for Helena so we can ask her to put her WoT stuff online somewhere?

I like this piece because it shows Egwene pretty early in her story. We know she's headed to the Amyrlin Seat someday, but right now she couldn't be further. And Min is with her. You don't see much of Min and Egwene together in the later books, so it's nice to see this reminder of how deep their friendship goes.

Another picture from DeviantART. This one is by Vulcan82. This one is the closest to how I picture Egwene when I read. It's the stubborn jaw, I think. I love the look of oil pastels that was achieved here. It looks like something that might actually exist in Egwene's world.

Another of Egwene, the Amyrlin. This one is by Richard Boye. Richard was one of the first people to start posting Wheel of Time fan art online and for a long time was considered the gold standard for fan artists. I actually used this as an avatar here at one point, back before I knew you needed permission for that.

And one last piece...

This is by RoseMuse. It needs no commentary.

Are there any depictions of Egwene that I missed? Post em in the comments for everyone to enjoy.