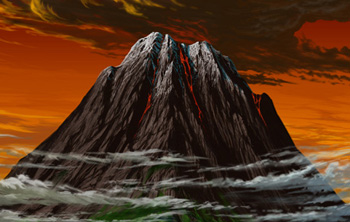 On November 27, Dragonmount was hit by an overwhelming cyber attack. The result was similar to a "Distributed Denial of Service" (DDOS) attack, and resulted in our servers being overwhelmed with tens of thousands of page requests within a very condensed amount of time. Our web servers are powerful and well maintained. It's a testament to their resilience that they didn't immediately meltdown. Despite seeming to be offline, they never crashed, and immediately recovered as soon as we blocked incoming traffic. In the end though, even good web servers like ours succumb to these type of attacks. Because the overall assault originated from thousands of infected PC's across the world (mostly, if not entirely all Windows machines), it was impossible for us to simply deny a specific machine or IP address.

I want to make it clear that no data from our servers was compromised or lost. Your passwords are safe and encrypted on a database server unaffected by the attack. Dragonmount does not directly process or store any credit card information, so nothing related to our online store was anywhere near at risk.

People have asked our staff why we were targeted. There is probably no easy answer to that. Most likely, we were not singled out for any reason other than the fact that we are a medium-sized, established website with a large user base. The specific distributed attack that affected us is known to seek out sites just like ours. This specific one is too weak to tackle huge sites like Google or Facebook, so it seeks out sites like ours that seem like easy prey.

They will not find us so easy next time.

To combat this issue, we've significantly increased the security settings on the DM web servers, and also invested in an industry-leading security service. I won't go so far as to say this will never happen again, but I can assure you that we've literally done everything we can, with the resources we have, to make the site as secure and stable as possible.

Thank you for your patience and support. As a whole, the you continue to amaze me with your kindness. On behalf of the entire DM staff, I want to thank everyone who emailed us with ideas, suggestions, offers of help, or just friendly encouragement. Special thanks to Brent Wentworth for his outstanding assistance during the most stressful part of the downtime.

If you have any questions, feel free to email us, or just comment below.

And now... back to preparing for A Memory of Light!