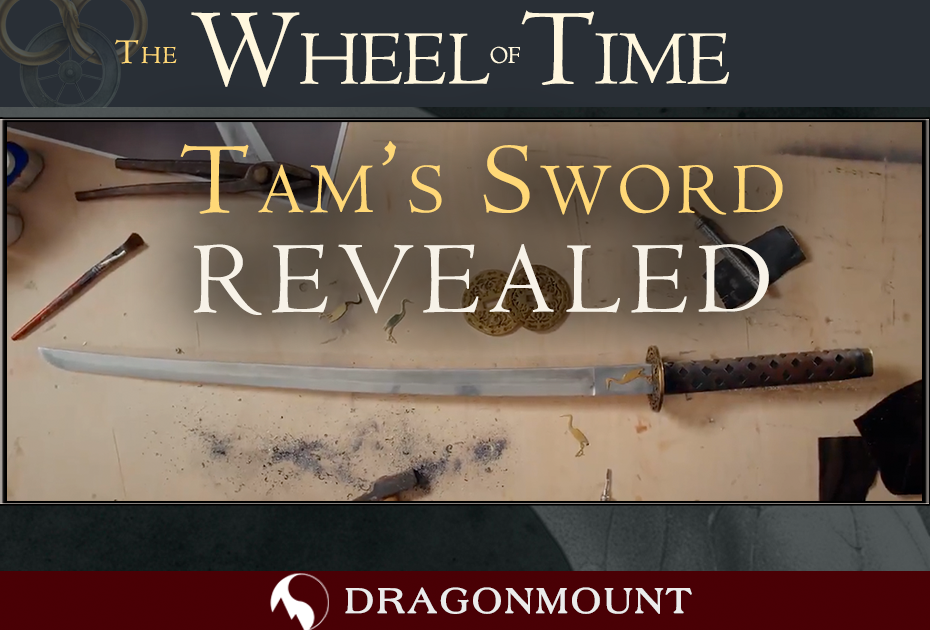 This is the first official glimpse of a notable prop seen in the show.

The sword seen here is almost certainly the heron-marked sword that's prominently featured in the books.

About Tam's sword (spoilers for books 1-2)

In the Wheel of Time books, Tam al'Thor, Rand's adoptive father, received a heron-marked sword during his time as a soldier. Tam al'Thor is played by Game of Thrones alumni actor Michael McElhatton. (View all of the announced cast here.)

The heron marking on the blade indicates that he reached the rank of a blade master. At the beginning of the book series, which takes place approximately 20 years after he earned the sword, Tam has long retired the blade to his attic. He gives it to Rand on Winternight because he fears ominous danger lurking near their remote home. Rand keeps the sword for the duration of his adventures in the first two novels. The sword is ultimately destroyed during his battle with Ba'alzamon over the city of Falme.

The sword seen in this video is likely to feature a prominent role in season 1 of Amazon's Wheel of Time TV show.