Thursdays with Tynaal: Interview with Dwynwen 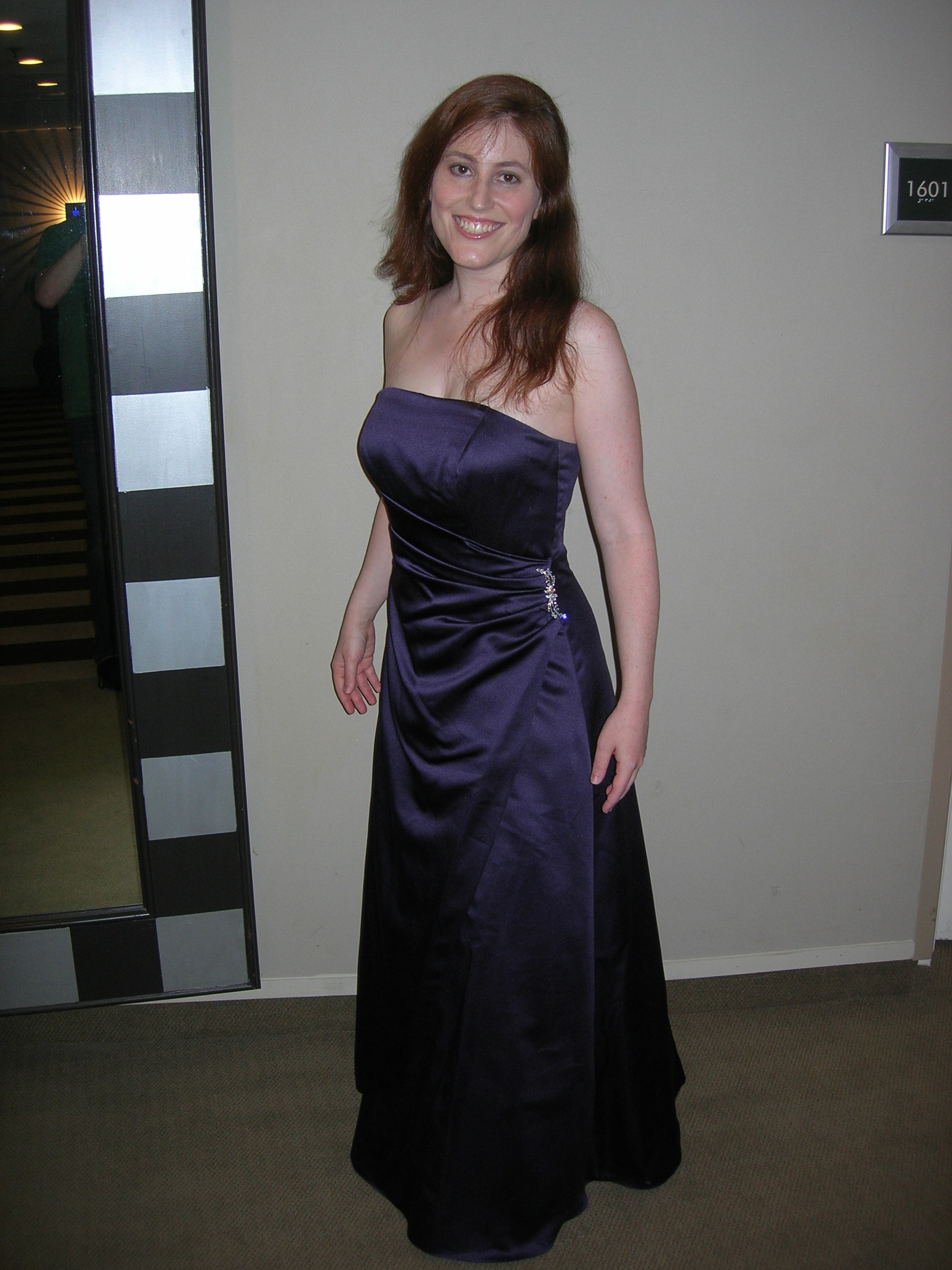 So, today I poked about in the personal business of one of our Admins. I am fairly sure that most of you at least know of her, especially if you read all the articles on the front page. With pleasure, I bring you a short interview with our very own Dwynwen, Front Page Admin!

A: I started reading the series in the summer of 2003, right after I graduated from college. One of my friends from school recommended the series to me, and since I finally had time to read for fun again, I took advantage of that opportunity.

Q: Why did you join Dragonmount? How did you get involved as an Admin?

A: I joined Dragonmount in October 2004. I wanted to find a place where I could talk to other fans about the books. When I discovered that I could go through the raising process and become an Aes Sedai in the White Tower Social Group, I immediately joined the site and that group. I've spent most of my Dragonmount membership in just the White Tower, although I also had a brief stint in our currently defunct Seanchan Social Group.

I'm the sort of person who enjoys leading, organizing, and helping out, so I worked my way into various leadership positions around the site. I have served the White Tower as a White Ajah Sitter, the White Ajah Head, the Keeper of the Chronicles, and Temporary Amyrlin right after Jennifer Liang retired from her reign as Amyrlin. I recently was appointed as a White Ajah Sitter again, so I am doing that alongside my Admin duties.

I was first appointed as the Social Groups Assistant Admin in March 2011. Shortly after that, I transitioned out of that role and into my current role as the Front Page Admin. I'm enjoying my time as an Admin.

Q: Is there any truth to the rumors that you are secretly a Forsaken?

A: Maybe so, maybe not. I like to keep everyone guessing.

A: I am a 30-year-old single female. I have lived here in California for most of my life, although I have had lengthy sojourns elsewhere. My current household consists of myself, my parents, my younger brother, and my three cats.

I am a licensed clinical psychologist in the state of California. I see patients, supervise doctoral students, and teach on the side. I teach a few different courses at my doctoral alma mater, but my favorite is our sex therapy course.

Q: Are you involved in the Wheel of Time community in any other manner?

A: Yes, I'm pretty addicted to the fandom. In addition to my membership here, I am a member of the Blue Ajah at TarValon.net. I have attended five Dragon*Cons and am looking forward to attending my second JordanCon this April. I served as a Storm Leader at Brandon Sanderson's San Diego book signing when The Gathering Storm came out. I've also done copyediting on part of the WOTFAQ.

Q: What would you say is the greatest impact that the Wheel of Time has had on your life?

A: It has had a tremendous impact on my life. I have made some of my closest friends through this fandom. I even dated a former member of this website several years ago. I have been given opportunities to spend time with Brandon Sanderson and the members of Team Jordan. I have grown as a person and have become more comfortable in my own, geeky skin as a result of my time in the fandom.

Q: What nation would you say you're from?

Q: Male character crush (or female, if you're inclined that way)?

A: Mat would make a great Friend with Benefits, but Perrin is more my type in terms of husband material.

Q: If you could choose between being a Maiden, Wise One, Aes Sedai, Seanchan, or any other group that is found within the books, which would it be?

A: Definitely Aes Sedai. I would love to channel, and I like the concept of being in an Ajah.

Q: Favorite scene within the books? (Please include a spoiler warning if necessary.)

A: It's so hard to pick just one! I guess that if I had to pick, I'd choose the scene with Egwene and Verin in Towers of Midnight. I'm being vague so I don't spoil anything, but I hope my answer is enough of a teaser to inspire people to read that far in the series.