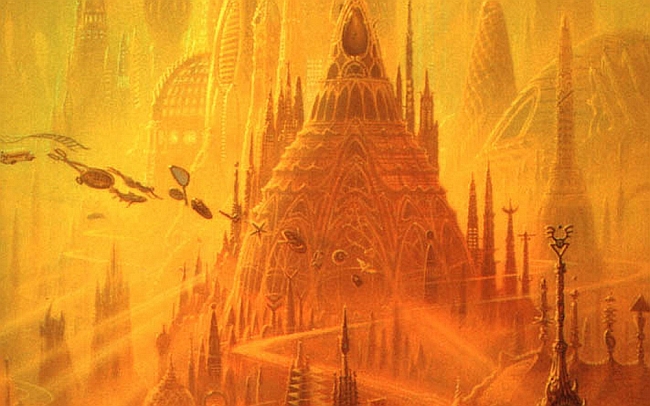 Tor Books announced today that Michael Whelan, the celebrated award-winning artist known throughout the industry, will paint the book cover for A Memory of Light.

Mr. Whelan was previously commissioned to paint the eBook cover, but with the recent death of Darrell K. Sweet, he was asked to paint the US hardcover edition as well.

"I’m flattered to no end to have been asked to work on such a prestigious and popular project. My only regret is that it had to come under such unfortunate circumstances; I never would have accepted had Darrell been here to see the Wheel of Time saga to it’s completion. It will always remain a testament to his career, and I’m humbled to stand in his shadow for the work on the final volume."

The full announcement is available on Tor.com.

No release date for the cover has been announced. We will, of course, have links and full imagery once it's released.

(The image attached to this article is from Mr. Whelan's painting for Tad Williams' first book in the Otherland series.)