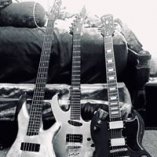 What's with the link between Rand and Moridin

By MatBloodyCauthon, July 14, 2011 in Wheel of Time Books