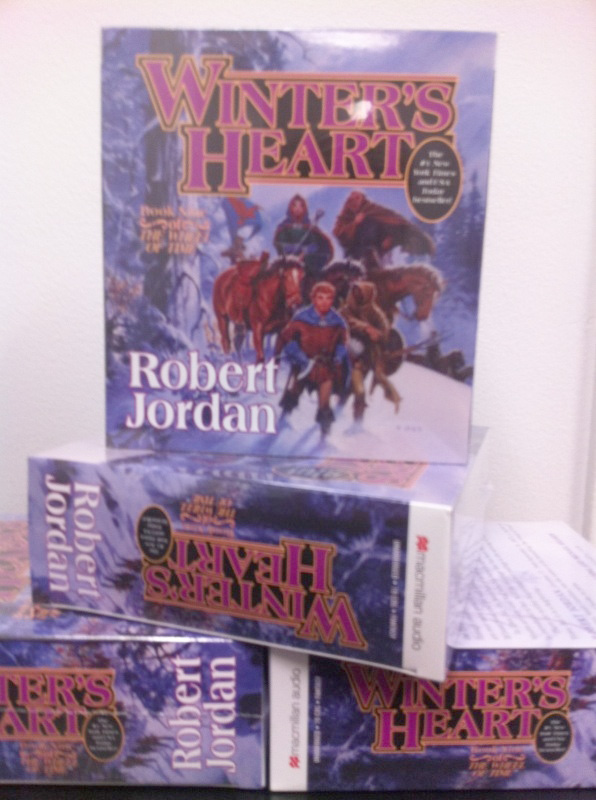 Dragonmount is excited to partner with Macmillan Audio to celebrate the release of Winter's Heart on audiobook. Now if that sounds strange to you, there's a good reason. After years of being out of print, the physical CD edition of Winter's Heart --Book 9 of Robert Jordan's Wheel of Time series--can now be found wherever books are sold. Macmillan Audio is honored to complete the WoT series on audio with this re-release of fan favorite, read by series' narrators Michael Kramer and Kate Reading.

To help celebrate this, check out our very first Wheel of Time video news segment, hosted by Kristen Nedopak:

To enter, reply to this post with your favorite scene from Winter's Heart. The contest ends at 11:59 PM (U.S. Pacific time) on Tuesday, March 15th. This contest is open only to residents of the United States and Canada. (Sorry, folks.) One entry per person, please. We'll draw the winders from a random selection.

Be sure to visit Macmillan's Facebook page, where they have a dedicated Wheel of Time section.

(Comments are now closed! Thanks to all who entered.)