Ceara Coveney, Natasha O'Keeffe, and Meera Syal will join the cast for season 2 of Amazon Prime's Wheel of Time. 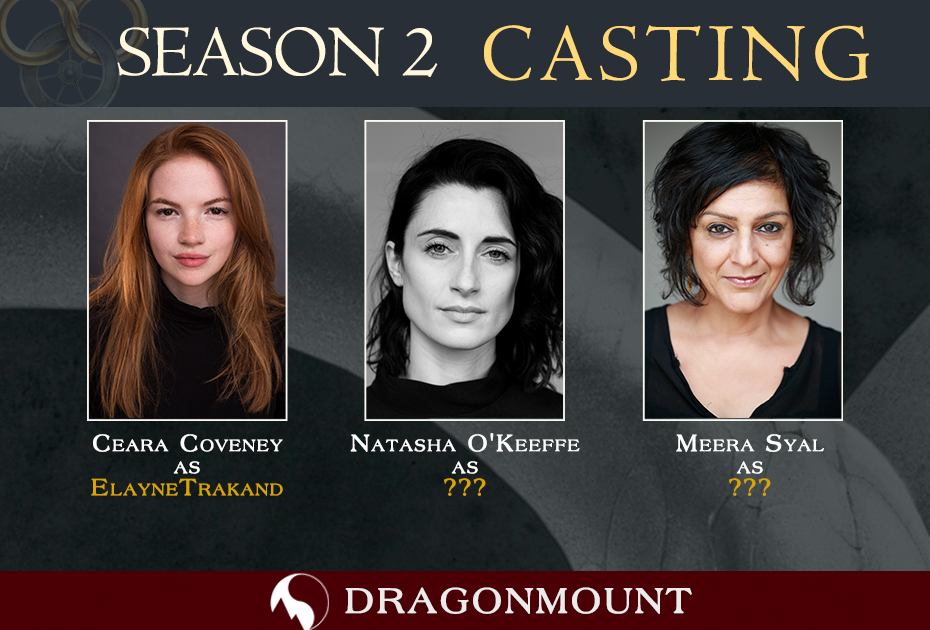 Amazon Prime announced today that Ceara Coveney, Natasha O'Keeffe, and Meera Syal will join the cast for season 2 of the upcoming Wheel of Time TV show.  These actresses join Dónal Finn as the first people announced for season 2.

Newcomer Ceara Coveney will play the iconic role of Elayne Trakand, the Daughter-Heir on Andor, and novice Aes Sedai. 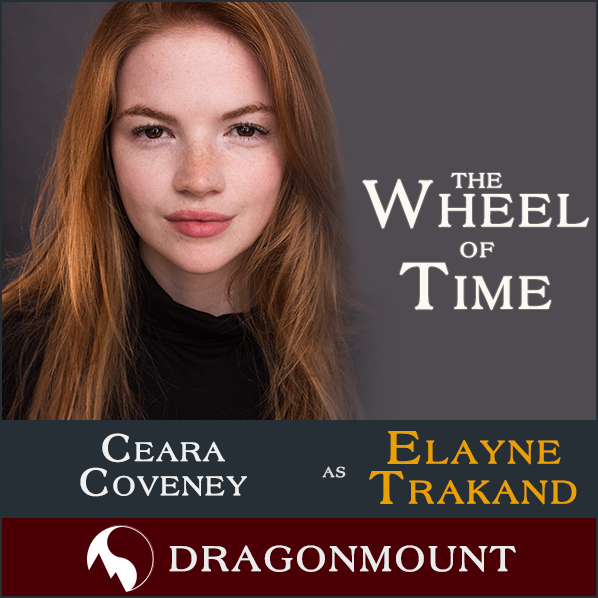 Ceara Coveney is a British actor who has landed a lead role in the second season of Amazon’s The Wheel of Time. Coveney graduated from the University of Northampton where she studied Acting. Her short film credits include 2020’s Dadand 2019 thriller The Amazing World of Emma.

Natasha O'Keeffe is confirmed to be playing an unspecified role in season 2. According to show runner Rafe Judkins, she will play "one of the most important characters" in the series. At this point your guess is as good as ours as to who she will play! 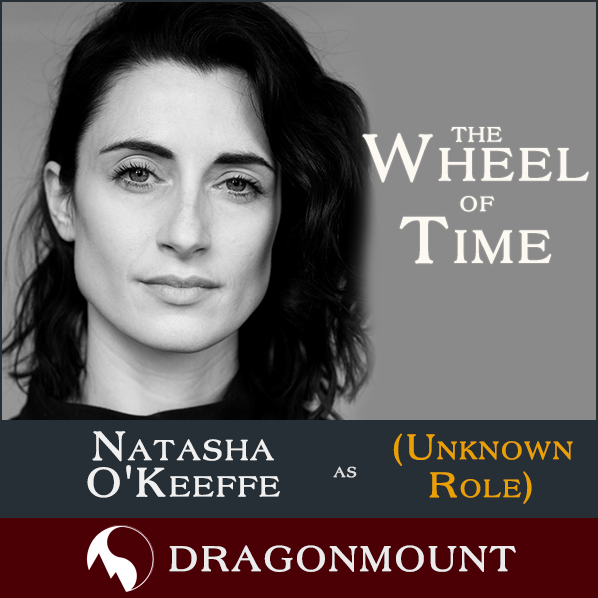 Natasha is perhaps best known for her role as ‘Lizzy Shelby’ in the BBC’s smash hit series PeakyBlinders. Her previous work includes ‘Abby’ in the award-winning Channel 4 drama Misfits, Sherlock for the BBC and Temple for Sky opposite Mark Strong, to name but a few.

Meera Syal is also confirmed to play an unspecified role in season 2. Like Nataha O'Keeffe, Rafe Judkins describes her role as one of the most important in the series. 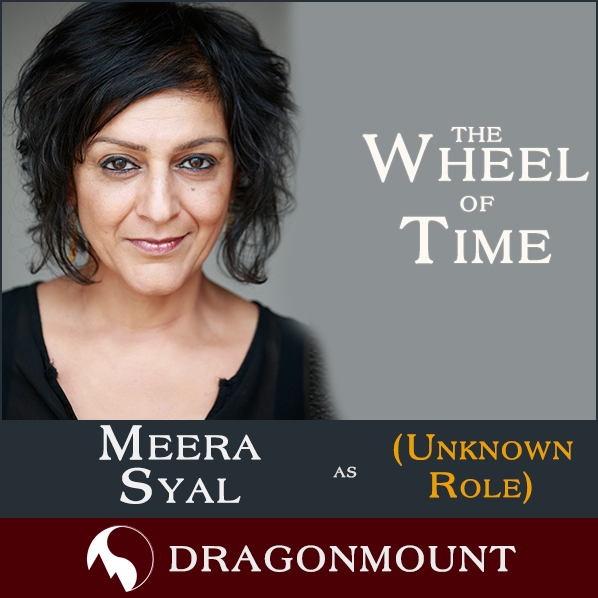 Critically acclaimed stage, film and multi-Emmy Award-winning British comedian/actress Meera Syal was born in Wolverhampton, England. A writer and actor, Syalbegan her multifaceted career in theatre with roles spanning renowned productions, including the Royal Shakespeare Company's "Much Ado About Nothing," David Hares "Behind The Beautiful Forevers,” (NT) Kenneth Branagh’s production of "Romeo and Juliet,” (Garrick Theatre) and Jeremy Herrin’s West End transfer of "Noises Off." She also starred as Shirley in “Shirley Valentine” (Menier Chocolate Factory and Trafalgar Studios West End), receiving the Whats On Stage Award for Best Actress.

Her television credits as a writer/performer, include the multi award-winning comedy series "Goodness Gracious Me" and "The Kumars at Number 42," for which she received a BAFTA nomination. Her additional television credits include "The Split, "Broadchurch,"“Back To Life”to name a few. She can also be seen in the upcoming new Amazon series, "The Devil’s Hour" and in the new series of Sky’s “Code 404”.She will also lead the new Apple anthology series “Roar” –out next year.Her film credits include "Yesterday," "The Nutcracker and the Four Realms," "Paddington 2," ,"Doctor Strange," "Beautiful Thing," "Absolutely Anything," , Disney’s upcoming movie “SPIN” and in forthcoming indie movie “The Almond and the Seahorse”.

Syal's first novel, Anita And Me, won the Betty Trask Award and is on the national school's curriculum. She has written two other critically acclaimed novels, Life Isn't All Ha Ha Hee Hee and The House Of Hidden Mothers. Her credits as a screenwriter include the popular films "Bhaji On The Beach," "Anita And Me" and "My Sister Wife," for which she won two Asian Film Awards (AFA), for her screenplay and performance.

Who you you think Natasha O'Keeffe and Meera Syal will play?  Are you excited for Ceara Coveney to play Elayne? Let us know in the comments!