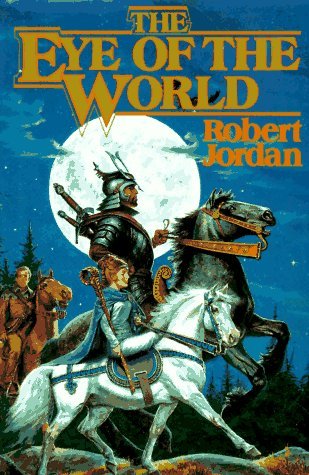 Since 2011 will not see the release of a Wheel of Time book, many fans are taking this as an opportunity to re-read the series so it will be fresh in their minds for the anticipated 2012 release of A Memory of Light. Some of this was prompted by Brandon Sanderson beginning his own re-read before starting work on A Memory of Light and posting his thoughts on Twitter. We thought we'd compile a list of some of the re-reads going on so you can join in.

Leigh Butler's Re-read is the grand-daddy of all re-reads. It's been going on since January 2009. She posts twice a week and has just completed Crossroads of Twilight.

Ranting Dragon, a fantasy news and review blog began a re-read this year. They just posted their re-read on The Eye of the World.

The Ogier Social Group on Dragonmount also began a re-read last month. You can join in the conversation on our forums.

Brandon Sanderson began re-reading the series in January and posting his thoughts on Twitter. You can see archives of his tweets on his blog. Wheel of Time fan Terez has been following along on her blog and posting her thoughts and theories.

If you are on Twitter, you can join in the re-read conversation by using the #wotrr hashtag.