A (mostly) spoiler-free review of River of Souls, the latest Wheel of Time short story. 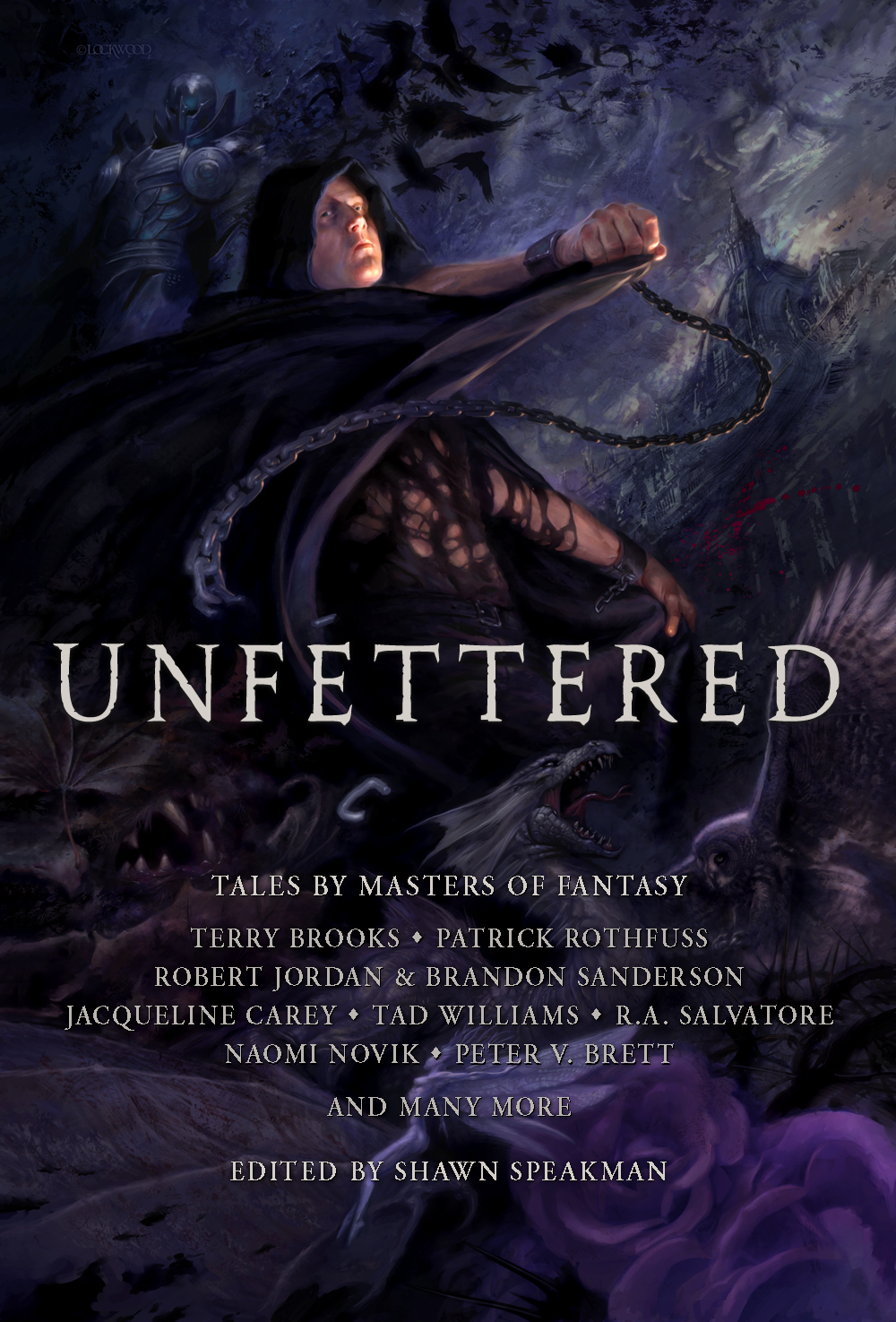 On June 25, a short story called River of Souls will be published in the Unfettered anthology from Grim Oak Press. Unfettered is a collection of short stories from some of today's best fantasy writers including Patrick Rothfuss, Terry Brooks, Tad Williams, Naomi Novik, Peter Orullian, Lev Grossman and more. It's edited by Shawn Speakman, an up-and-coming writer and cancer survivor who is raising funds through sales of this book to help pay for his medical treatments.

If you don't want to know anything more, you can go the Grim Oak Press website and order your copy. You can also pre-order the eBook version through our online store. Like all eBooks we offer, Unfettered is available in DRM-Free formats for all major e-readers (including Kindle, Nook, iPad, Android, etc.) Click here to learn about our store and the formats we support.

About River of Souls

River of Souls is a short story written by Brandon Sanderson and set in the Wheel of Time world. It's a collection of four scenes that were cut from A Memory of Light. In an  introduction to the story, Brandon explains the reasons these scenes were removed. The basic argument is that he and Harriet felt that this sequence revealed too much about a new part of the world at a time when they were trying to wrap the saga up.

Chronologically, River of Souls could be read in between Towers of Midnight and A Memory of Light, although some fans may prefer to finish AMOL before reading it.

In a word... Demandred. Brandon revealed at JordanCon last month that the story will shed light onto what the Forsaken was up to during his time in Shara. The story begins with a character, Bao, who is on the verge of fulfilling prophecy and claiming the title of the Wyld. Originally the scenes were written in a way that the reader is left to wonder who Bao is, while gradually revealing more and more clues to his true identity.

Having read it, I can say that the strongest aspect of the story is that it shows Demandred as a possibly redeemable character. Most of the Forsaken are so steeped in their evil ways that we never question whether there's anything but darkness within them.  But with this story, we get a glimpse of Demandred's full potential. We've always known that he was the second most accomplished male Aes Sedai during the Age of Legends, second only to Lews Therin.  In this story, we see a man who possibly could have been the true hero of his world except for his one immense flaw: his hatred of Lews Therin.

Strange as it often seems, the entire Wheel of Time saga takes place over only period of a few years. During these three years or so, we watched Rand and Egwene, Mat and Perrin all rise to power while making new friends and enemies. River of Souls shows us that the same has been true for Demandred during the same time period. He has a father figure, along with a gruff companion who calls him a friend, and even a potential love interest. Brandon points out in the introduction that there probably could have been a full fourteen book series chronicling his adventures in Shara!  (Don't get your hopes up to actually read it.  But oh, the fan fiction we'll have for years to come!)  Each of Demandred's companions have brief mentions in A Memory of Light. In the stand-alone book, the characters are a little flat, but when viewed through the context of River of Souls, they come to life and we're able to empathize with them much more.

Is it any good? Should I read it?

Oh yes, it's very enjoyable. Brandon considers the events in this short story to be canon. It provides an interesting and refreshing look at a compelling antagonist we've always wondered about.  But if you're looking for Robert Jordan's voice, it's all but absent here. Brandon makes it clear that these scenes were written entirely by him, even if the overall concept possibly came from Robert Jordan's notes. The Sharans refer to the world in ways very different than others do (for example they talk about the Great Tapestry rather than the Pattern).  There's nothing wrong with these differences, but it underlines the fact that this slice of the story came from Brandon and not from Robert Jordan. And while Brandon has certainly earned the right to say that a large and very important part of the Wheel of Time series is his and no longer just Robert Jordan's, purist readers who appreciated Brandon's attempts to maintain a tone appropriate for the series will find that it slips here somewhat, and we get a voice more similar to his own books.  Again, don't get me wrong; I love Brandon's other books. But these scenes feel like pure Brandon rather than anything Robert Jordan would have done. Perhaps that may have been another reason he and Harriet decided to remove these scenes from AMOL.

The only actual criticism of the story I had is that the exciting external conflict happens "off screen." We're told that there's a difficult challenge and narrow escape, but it largely happens in between scenes. There's also some odd moments where you think, Well, why didn't he just balefire that?  (Because, come on... balefire solves everything) But I don't actually fault Brandon because you have to remember the context of which the scene was originally written. These were scenes designed to go in between other chapters in the book. It wasn't fully intended to be a stand-alone story when it was written. I have a strong suspicion that if Brandon had written this specifically as a short story, then certain things --like the big conflict I mentioned--would have been described in more detail.

Another reason you'll want to read this is that this is likely to be the last piece of canon Wheel of Time you ever read. There are no plans to ever make the "outrigger" novels or more prequels. (Harriet said there are only 2 sentences of notes for the outriggers. Not enough to make an actual book out of without being exploitative). Sure, there's an Encyclopedia coming, but that will only be reference material, with little to no story included. There might be video games or movies or other media spin-offs someday, but after River of Souls is released, there won't be any more written prose set in this world. It is, in many ways, the final breath of the Book Age of the franchise.

River of Souls is a fun story to read. It will satiate your desire to learn about an interesting character, and expand the world in a fun and unexpected way. There's some nice treats in here for fans, and it really gives the Sharan scenes in AMOL a lot more context. In addition, by purchasing a copy of the anthology, you're supporting a good cause, and you'll also receive a dozen or so other great short stories from some of the top fantasy writers today.

Pre-Order your eBook copy here in our store, or purchase a printed copy from the Grim Oak Press website. And when you're done reading, be sure to come back and discuss it with other fans on our forums.