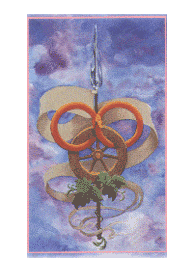 Earlier this week, Orbit, the UK publisher for The Wheel of Time series, released a video promoting a November 2012 release date for A Memory of Light. This prompted many fans to ask whether or not this was indeed the official release, especially as it contradicted earlier estimates that the book might be ready in time for a March 2012 release.

Blogger Adam Whitehead, of the popular review site "The Wertzone", went straight to the source and asked Brandon Sanderson on Twitter for us:

I thought that was still up in the air and an earlier release was possible (especially if @BrandSanderson delivers by Jan 2012).

And received the following response:

@Werthead The date hasn't been picked yet, so theoretically anything next year is possible.
@Werthead However, realistically, I doubt Tor will pass up the holiday season for the last WoT book. Or at least the summer season.
@Werthead While they COULD pick spring, it wouldn't make much sense marketing wise, and I think Harriet wants a good six months to edit.
@Werthead That means July is the earliest, November the latest, we will see the book. I'd put my money on somewhere in-between.

Justin Golenbock, Senior Publicist for Tor Books and the guy who handles publicity for The Wheel of Time and Sanderson's other books, also chimed in:

@Werthead Adam, we have Nov 12 as well, but that's tentative based on final editing. Harriet's in the drivers seat on the pub date:)

So there you have it, folks. Team Jordan is still on track to get the final Wheel of Time volume out to us next year. It looks like a spring release is no longer an option and the earliest we could reasonably expect to see the book will be next summer. As soon as we have a firm release date from the publishers, we'll update the site and our A Memory of Light information page to reflect that.

On a related note, JordanCon, a non-profit fantasy literature convention founded in honor of Robert Jordan, is currently running a drawing with the prize being a chance to get your name in A Memory of Light. The money is going to help defray JordanCon's operating costs, with a percentage being set aside for the Mayo Clinic's Amyloidosis research fund. The drawing runs until December, but Sanderson is already choosing names. If you'd like to enter, please visit www.jordancon.org.