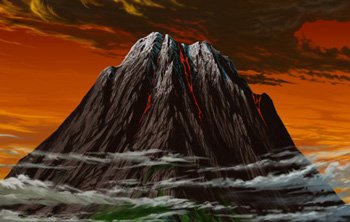 That’s right, twenty years ago, today, Jason Denzel started up the website Dragonmount.  For those unfamiliar with its humble beginnings, Jason wanted a place to converse with other Wheel of Time fans, as well as have a hosting site for his "Dragonmount" animated fan-film he was working on.

It’s evolved greatly from its origins, and here are screen shots of Dragonmount’s main page for the past twenty years! 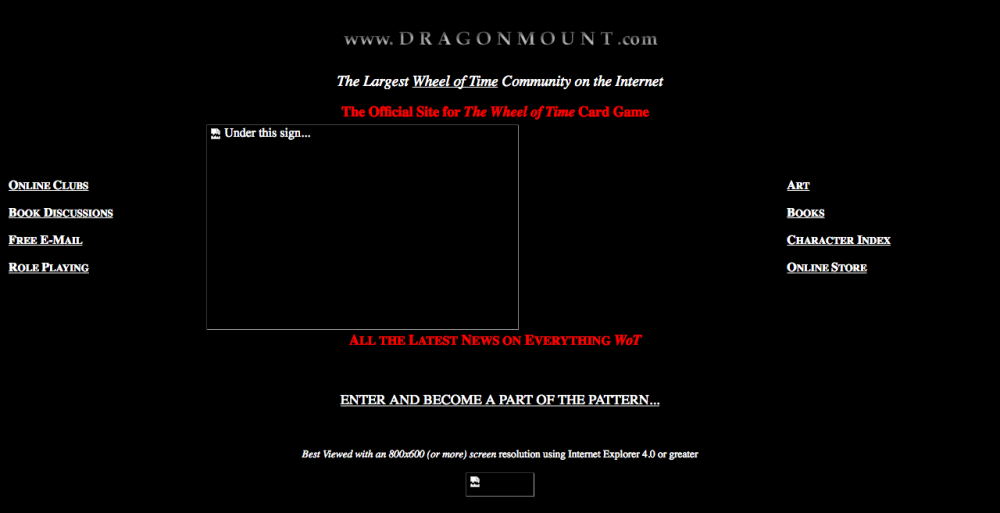 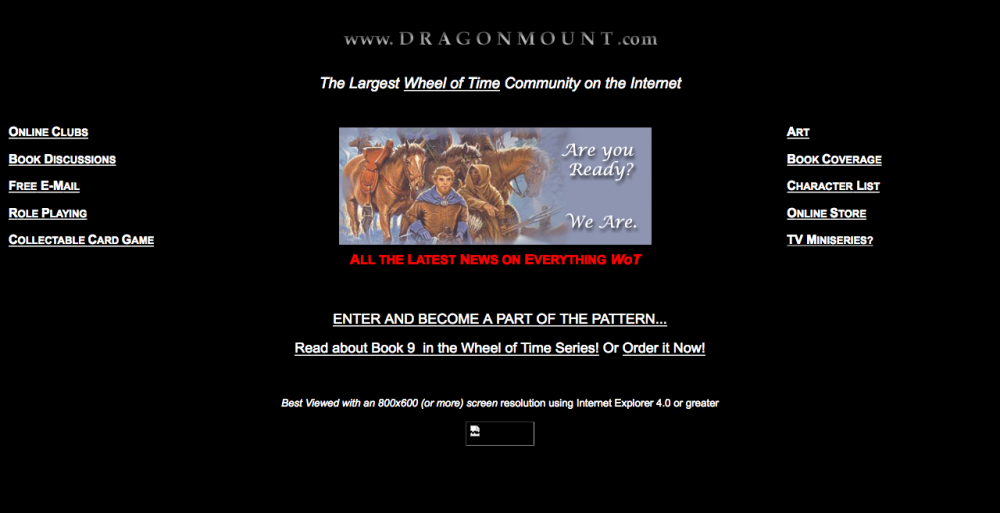 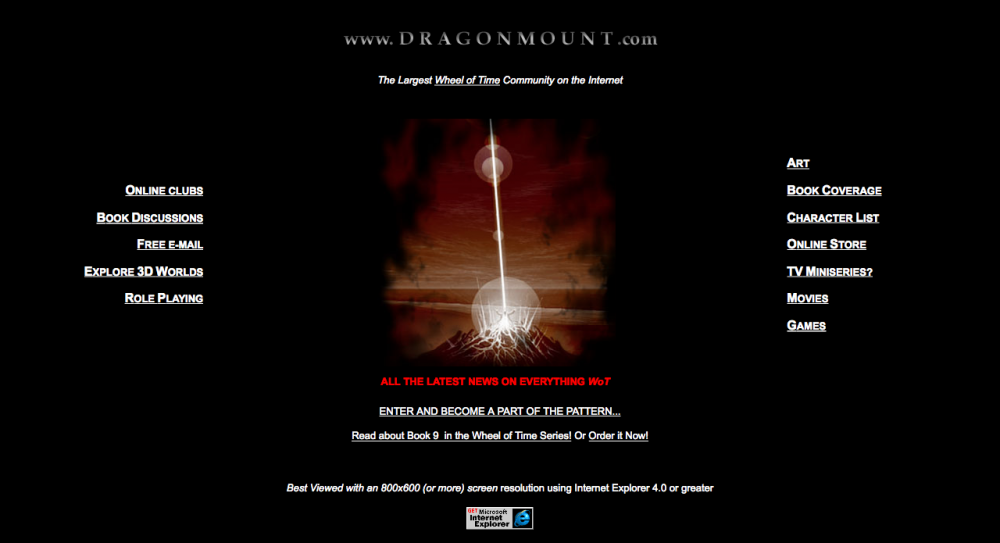 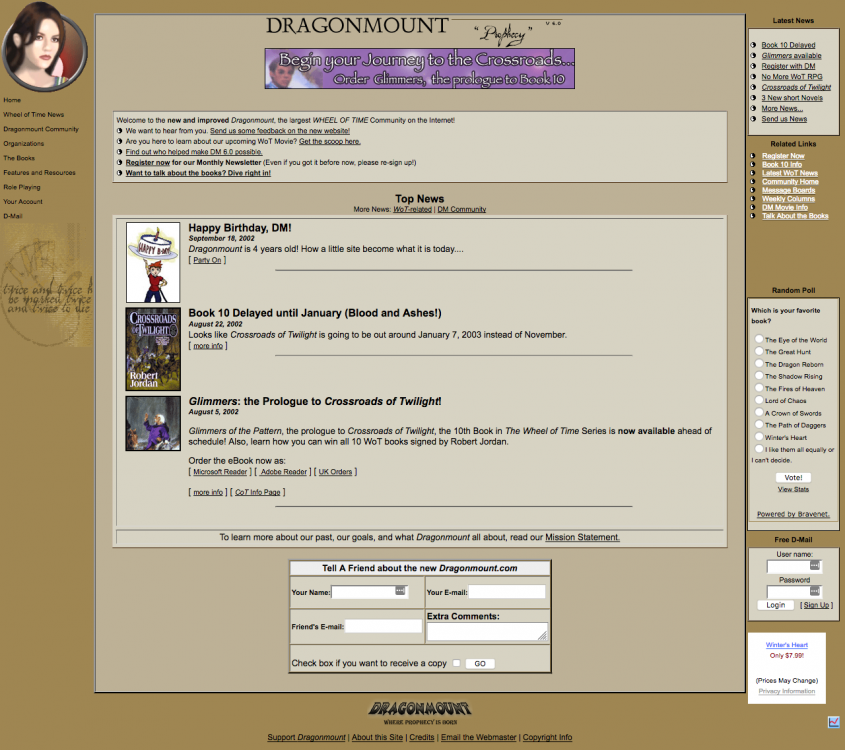 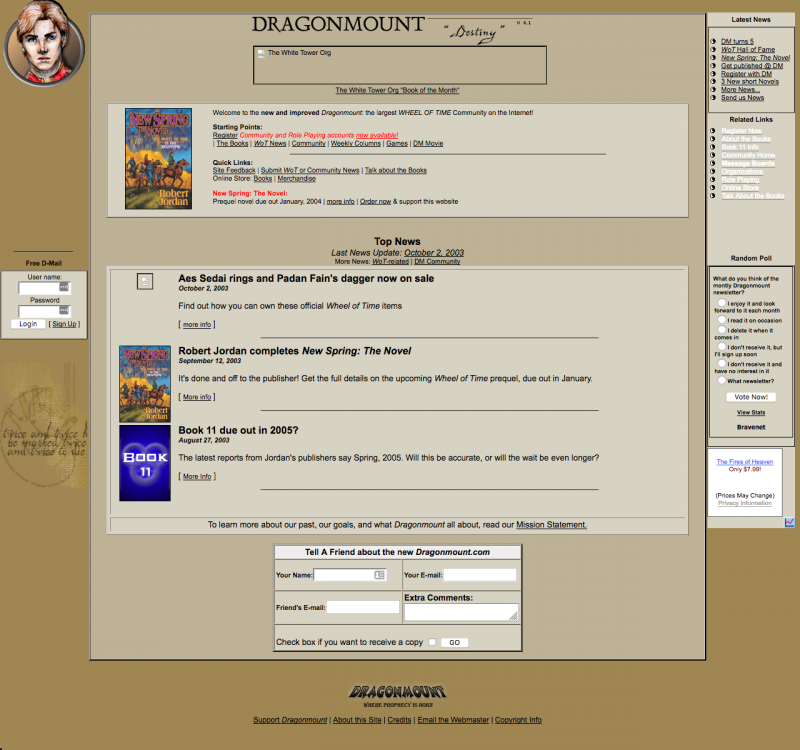 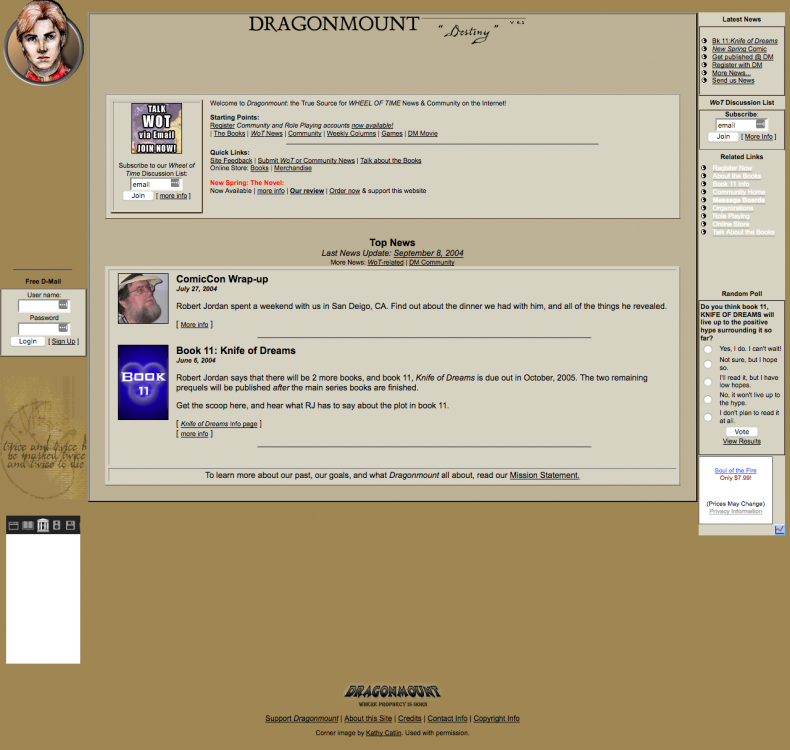 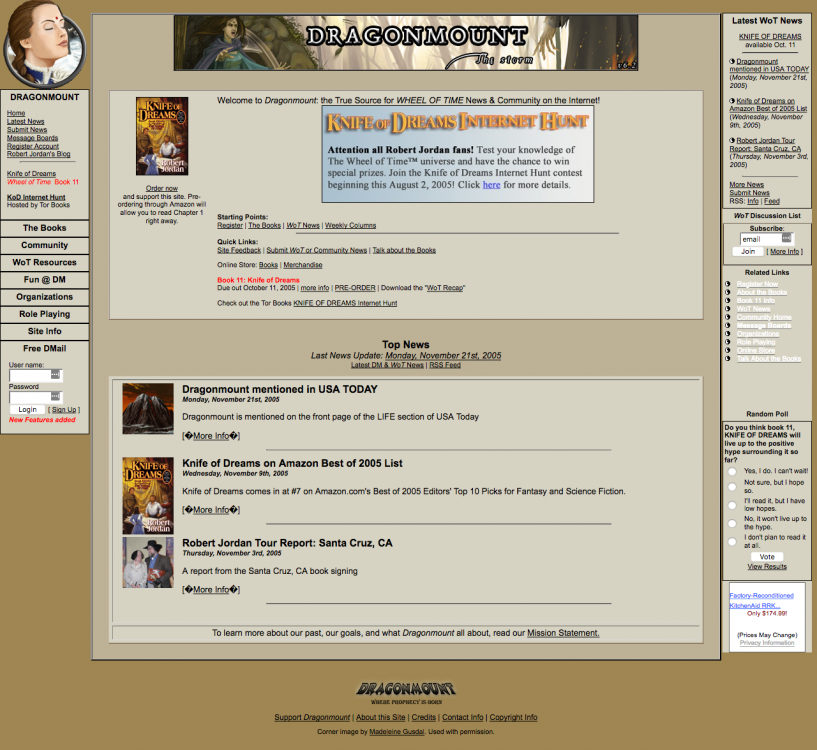 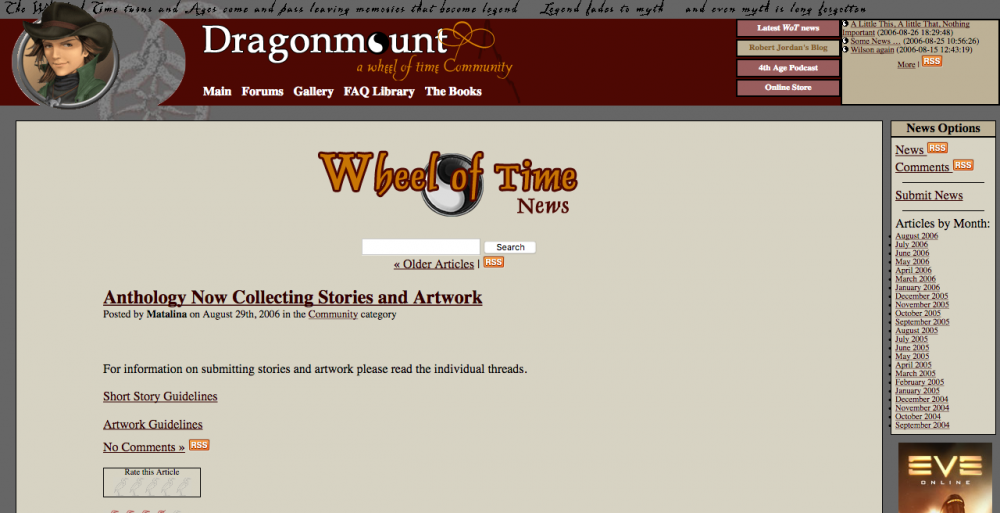 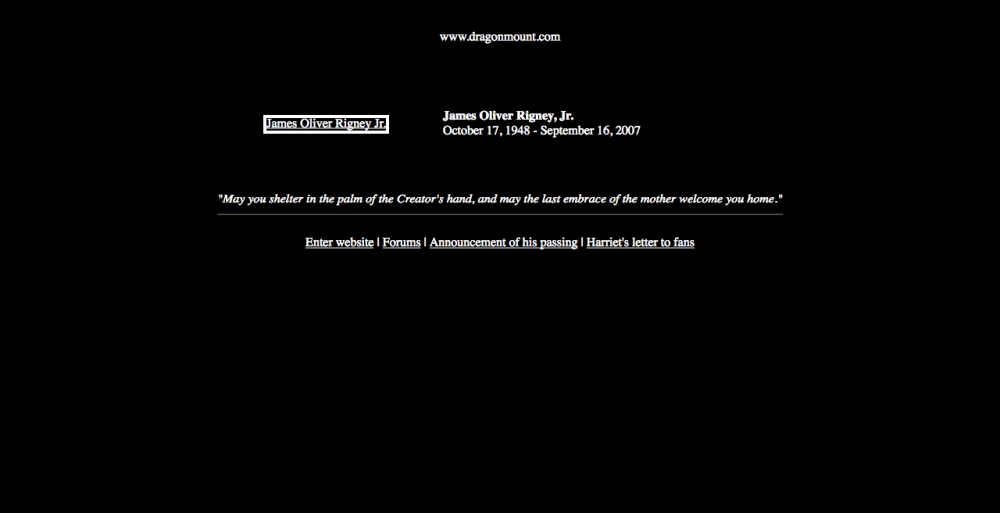 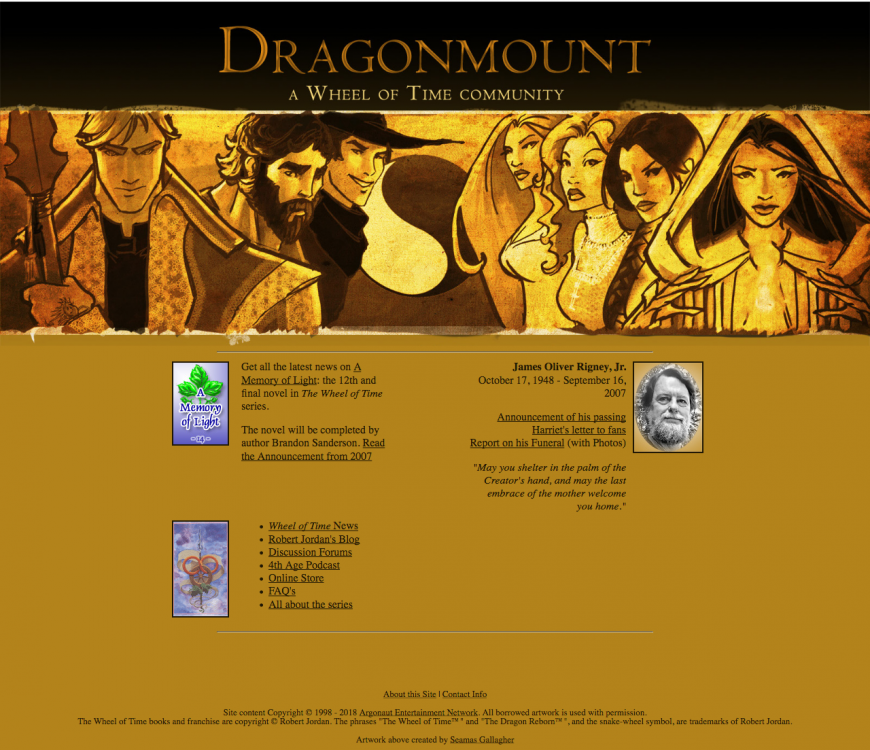 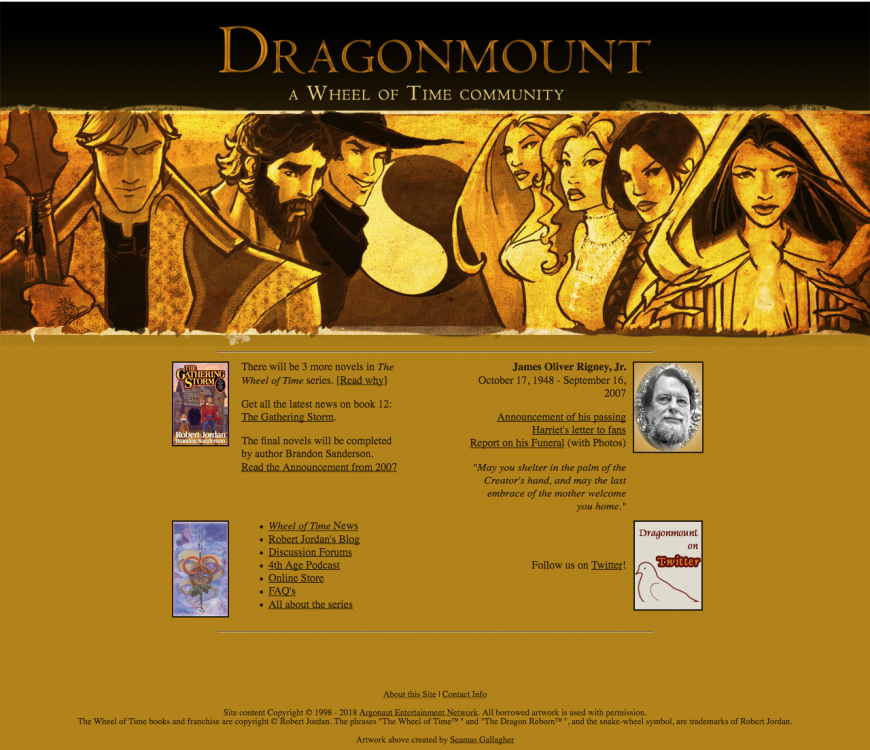 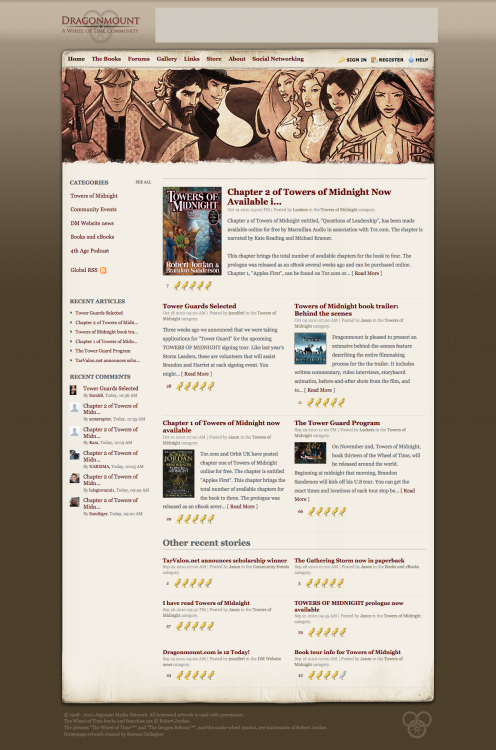 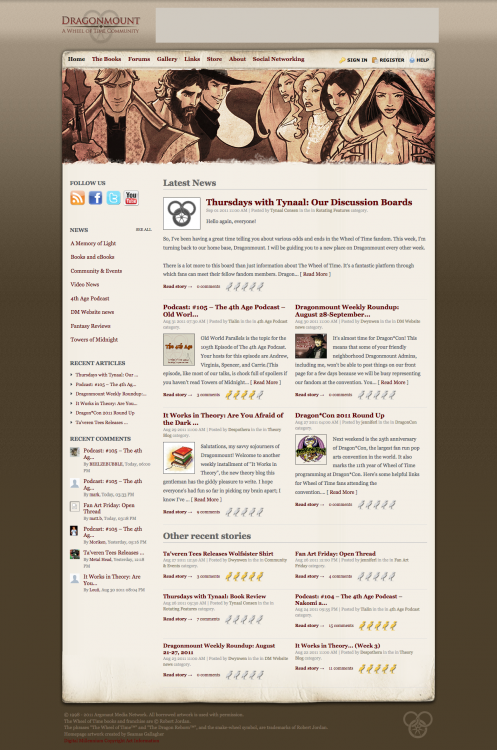 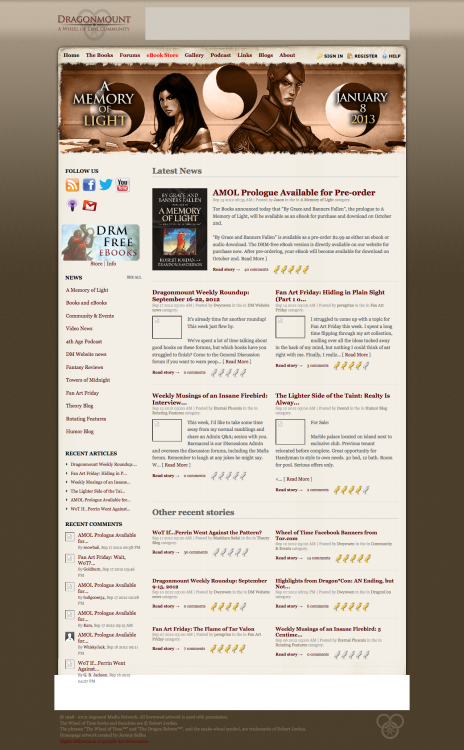 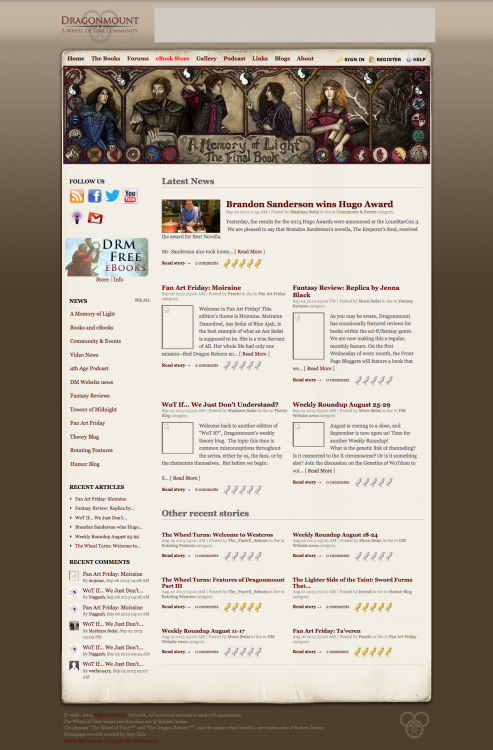 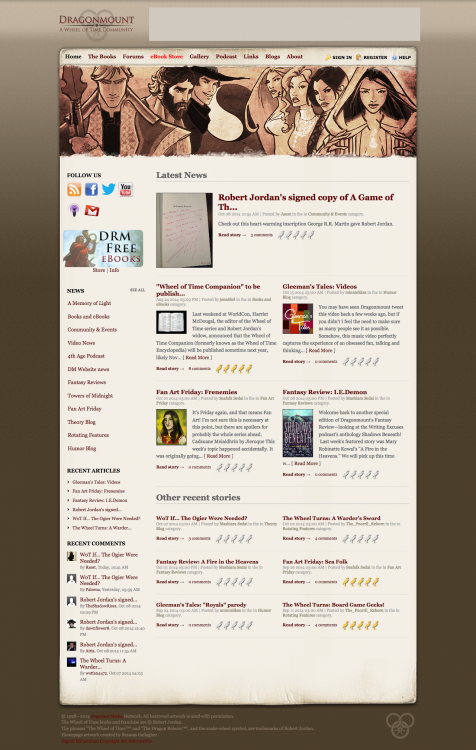 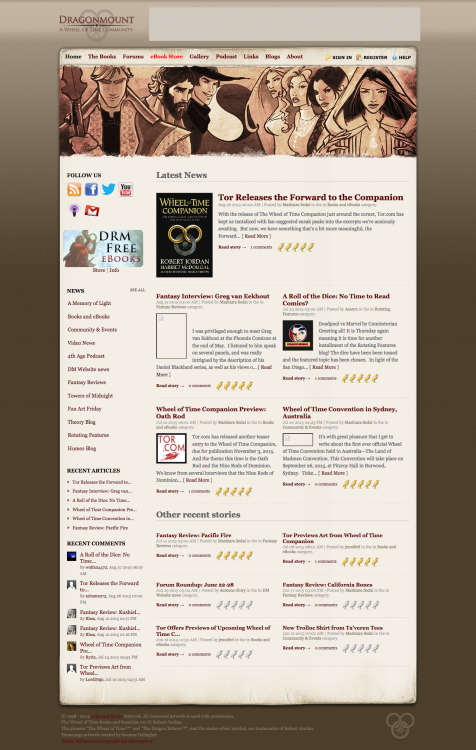 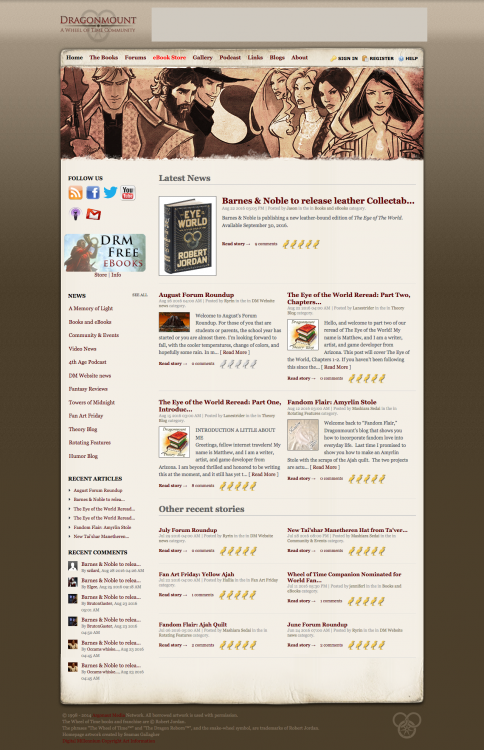 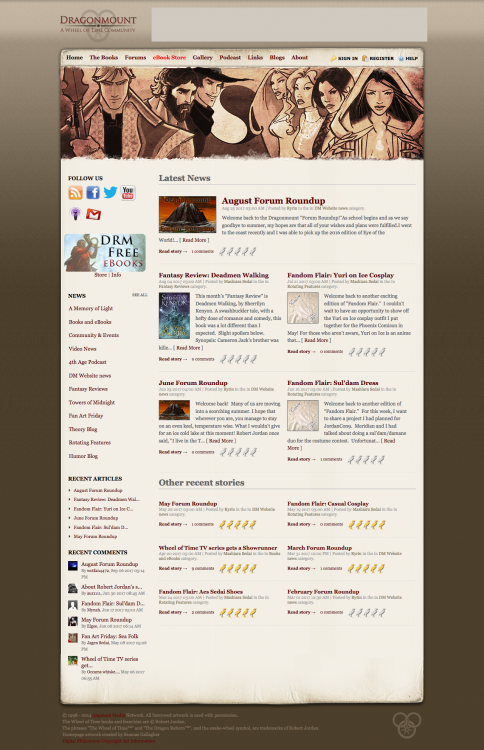 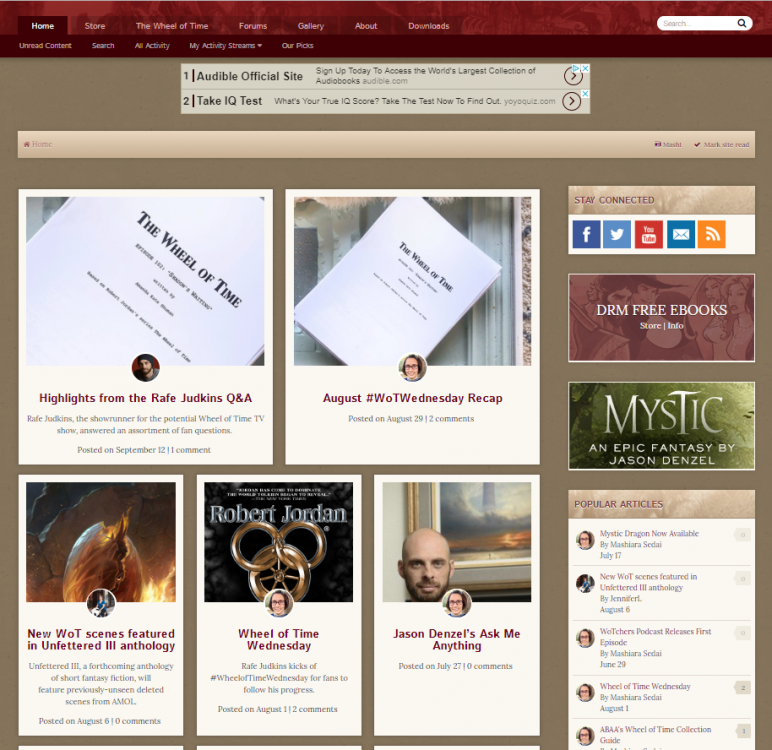 Happy birthday, Dragonmount!  And congratulations, Jason, for making this a site we all love and enjoy.  We've all been through a lot together, and you've lead us to a great milestone.  There’s only more to come!