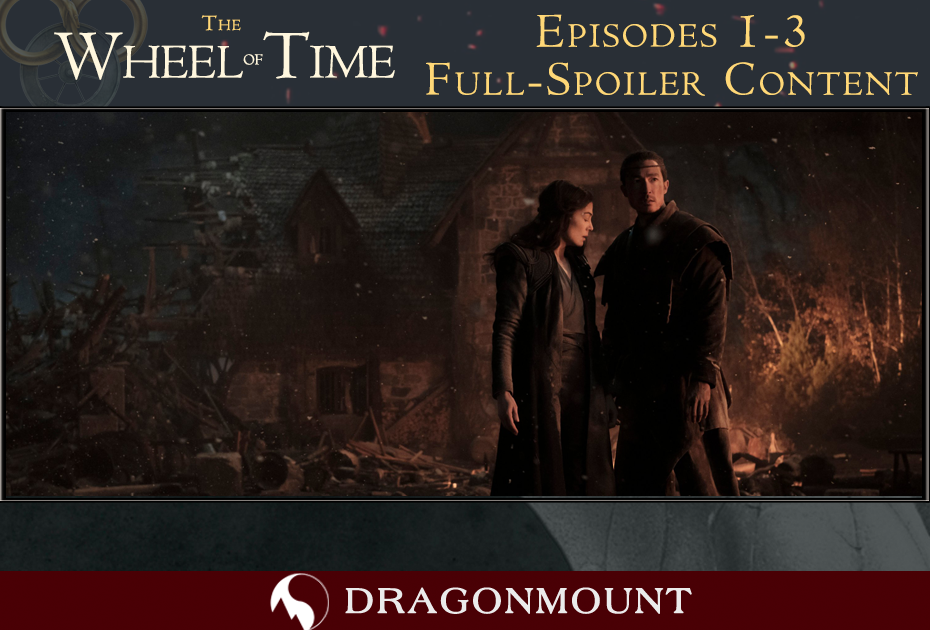 Yesterday, Amazon Prime Video released the first three episodes of The Wheel of Time television show.  Along with this new, official content, Dragonmount is covering these episodes across all media formats.

You can read chapter summaries of the first three episodes, and future episodes will be updated as the series continues.

We’ve posted several spoiler-free content leading up to release day, but now you can read our full-spoiler reviews.

Dragonmount: The Wheel of Time Podcast has new episodes, one for each of the three television shows.

And we had an Instagram live session today talking with fans and each other about the books, the show, and anything in between.

What was your favorite part of the first three episodes, and why was it Daniel Henney in the bathtub?  Let us know in the comments below!