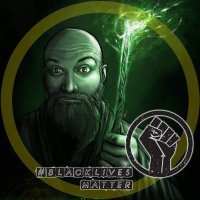 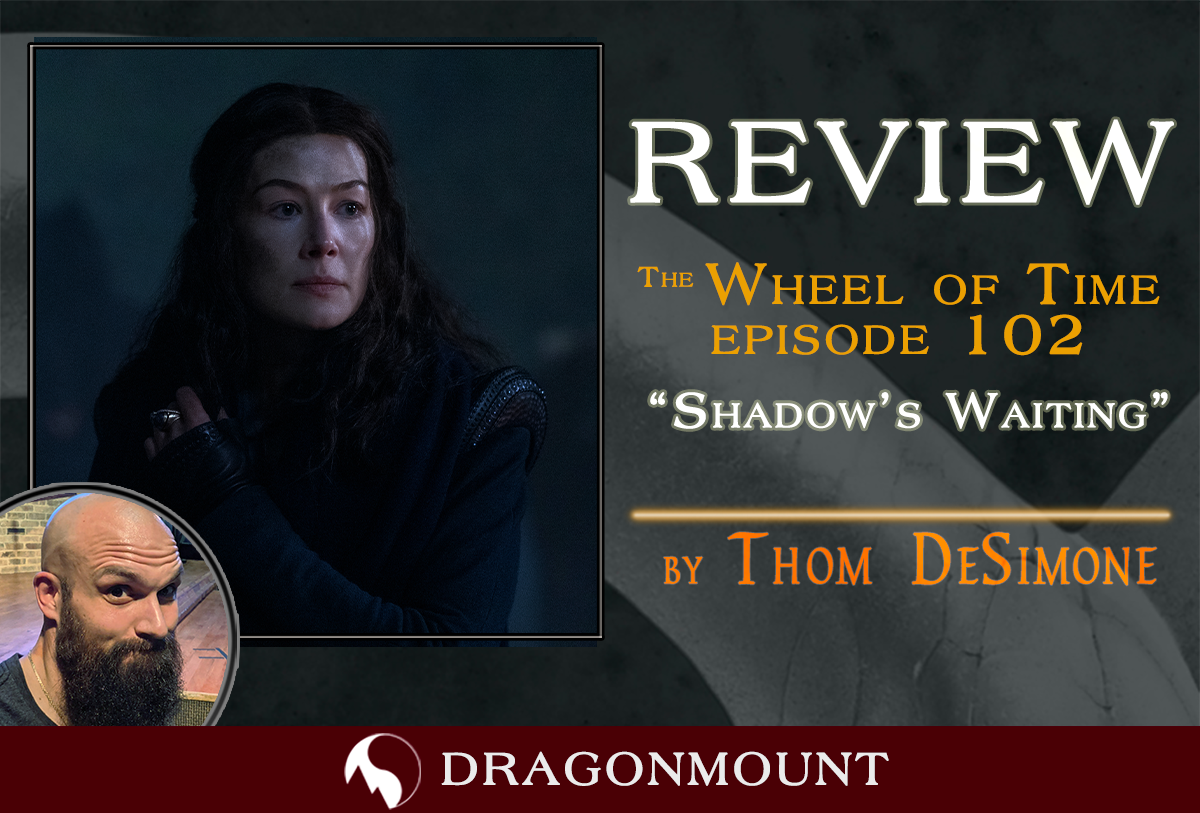 Thom DeSimone was a fan of The Wheel of Time long before he was first tagged to be part of the ‘official’ fandom as a Director at JordanCon, a literary convention themed for The Wheel of Time. Which is where he met the illustrious leader of Dragonmount, Jason Denzel, and the rest is as they say…history.

(Note from the editor: You can see Thom in action on Dragonmount’s Wheel of Time Community Show!)

A wind blew down from the mountains of mist...and carried with it the acrid smell of wood smoke.

That is due to the fact that at the open of Episode 2 ‘Shadows Waiting,’ of Amazon Prime Video's sure to be mega hit series The Wheel of Time, Eamon Valda, played by the amazingly talented Abdul Salis, is sinfully snacking on a small song bird as an Aes Sedai is burned alive. (See Ortolan Bunting)

I want to mention in particular the Whitecloaks in this episode because Abdul Salis’ performance as Eamon Vlada is STELLAR. You just LOVE to hate his character. For my Harry Potter fans out there, he is throwing off series Dolores Umbridge vibes.

In the pages of Robert Jordan's Wheel of Time the Whitecloaks are a military order with a blinding level of fanaticism dedicated to their own view of what it means to "walk in the Light." This group most resembles that of real life Knights Templar, a dash of the Spanish Inquisition, and topped off with the Klu-Klux-Klan.

Amongst lines of pristine white canvas tents that are only out shone by the gleaming white armor and dress of the Whitecloaks themselves an Aes Sedai of the Yellow Ajah, whose hands were recently removed, is tied to a pole set above a recently kindled fire.

The Whitecloaks of the books are, for the most part, buffoons and pose little to no threat throughout the series to the Aes Sedai or the main characters. It seems Rafe Judkins and the writing staff are setting up the Whitecloaks, to be much more of a threat.

This move up the ladder for the Whitecloaks sets up much more interesting story implications for Perrin in particular later on. I am interested in seeing where it goes.

Our next encounter with this particular batch of literary human garbage is when they cross paths with our heroes.

At first it seemed like a good cop, and bad cop routine from Geofram Bornhold and Valda’s interaction with Moiraine and Lan, but after seeing their exchange as they part ways it really plays up an internal conflict with the Questioners and the Whitecloak regulars. Which is really driven home by Bornhold's earlier instruction to Moiraine to seek Aes Sedai healing for the wound caused by the Trolloc blade.

Here I always imagined the Whitecloaks would choose death, over being touched by the one power. For themselves… or anyone really. This I feel sets up an interesting dynamic and plot for later interactions.

Though I would love to talk about the Whitecloaks and the comeuppance I am sure they will receive from Moiraine and the Aes Sedai, I want to get to the ‘meat and potatoes’ of this episode, which of course are…rules. Oh you thought I was going to say Shadar Logoth. Nope. I want to talk about the rules, limitations and expectations the writers are building and breaking for us as the viewers.

Best displayed by what we learn of the Aes Sedai, the One power and Moiraine herself in this episode.

Are the Aes Sedai Healers? As seen in Moiraine healing the sick and injured after the events of Winternight.

Are they monsters? Though we want to think they are given this moniker by the Whitecloaks for no reason.

Moiraine does essentially tear down the Winespring Inn and sink a ferry, in so doing, kill the ferryman who only wanted to save his family. A necessary evil? I think so, but nonetheless questionable. Moiraine, master manipulator she is, then leads Eqwene through the events. having her come to the same conclusion herself.

Moiraine made a choice between the lesser of two evils. Which is still kinda evil?

Not only are viewers maybe now questioning the Aes Sedai’s intent, but we also see other limitations built around them, via their ‘Three Oaths’ and to the One Power itself.

Aes Sedai, and as far as we know as viewers at this point, all users of the One Power, cannot heal themselves. Also, they cannot channel the One Power if you remove the users hands, as displayed by the Sister being burned at the stake earlier not tearing the entire Whitecloak camp apart. (Personally, I think this is a set up for later, when we find out that this is only due to the fact that this is the way Aes Sedai are taught/believe the One Power works. I’m sure it will be a fun surprise when we learn Aiel and other Channelers manipulate the Power in as many different ways as there are people in the world.)

Ok now yes we will talk about Shadar Logoth or, as this episode is titled ‘Shadows Waiting.’ For those who have read the books, yes, there are many differences between Amazon’s depiction of the city and what occurs with the party inside to that of the book.

Though the results are the same, we learn of a corruption brought on not by the Dark One, though feared by its minions. A corruption born of very human failings. Greed, isolationism, and nationalism, which can all really be summed up as selfishness. Mashadar manifests as a creeping shadow in this adaptation but is no less terrifying and deadly. A major difference here is the absence of ‘Mordeth’ who was a physical manifestation of the corruption that permeates the city.

Personally, I think a sentient Mashadar still exists. How else do you explain Mr. Cauthon being lured to a dagger? More on this in a minute.

Just before Mashadar leads Mat by the nose into a dark corridor and to the very thing he is just recently lacking, a dagger. We hear whistling. Which is eerily similar to the whistling we hear leading into our first meeting with Padan Fain in the previous episode (and several other times throughout these first two episodes). This I believe is a set up from the showrunner for a later flashback of Padan Fain in the ruined city himself possibly meeting Mordeth or at least being ‘touched’ by Mashadar, aka the corruption of Shadar Logoth.

Ok now back to Mat gifting his dagger to Perrin. This particular scene is poignant to me in that it gives us a deeper understanding of the loving relationship between the Emond’s Fielders. Mat essentially tells Perrin he loves him by giving this dagger. By way of the back story of how he go the dagger from Laila. As she made said dagger for Mat to ‘protect someone he loves’ and it seems Mat thinks this promise is fulfilled by giving Perrin this dagger. IE he loves Perrin.

This type of loving relationship between male characters in entertainment at all, let alone fantasy, is a breath of fresh air. It’s something that has been lacking for many years. Amazon Prime Video’s the Wheel of Time seems to be doing away with the toxic masculine tropes of the past, and I could not be happier. Hopefully it does not end there.

Of course, the rest of the sequence within the ruined cities walls are the separation of the party and a chase through the streets.

But it is the final scene in this episode that is this blogger’s favorite!

A knife to the throat of al’Lan Mandragoran with Nynaeve al’Mera at the other end fully ready to end his life to protect her people.

Zoë Robins is AMAZING, Nynaeve is the perfect character for her and I CANNOT wait to see Zoe crush some of the things that goes on later in the series!