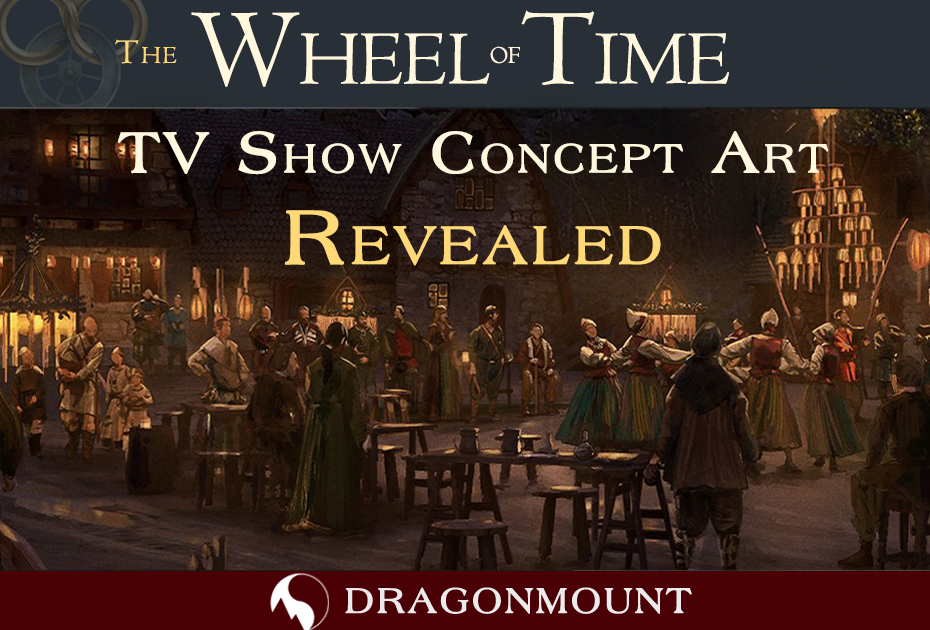 Today, @WoTonPrime—the official Twitter handle for the Amazon Prime’s Wheel of Time television show—shared a short video and snippets of concept art. The short video featured Rafe Judkins, the showrunner for the Wheel of Time show, emphasizing the themes in The Eye of the World: “of balance, of gender, and the emotional journey of these characters.” While Judkins talks, several images of concept art flash behind him. Let’s take a closer look! 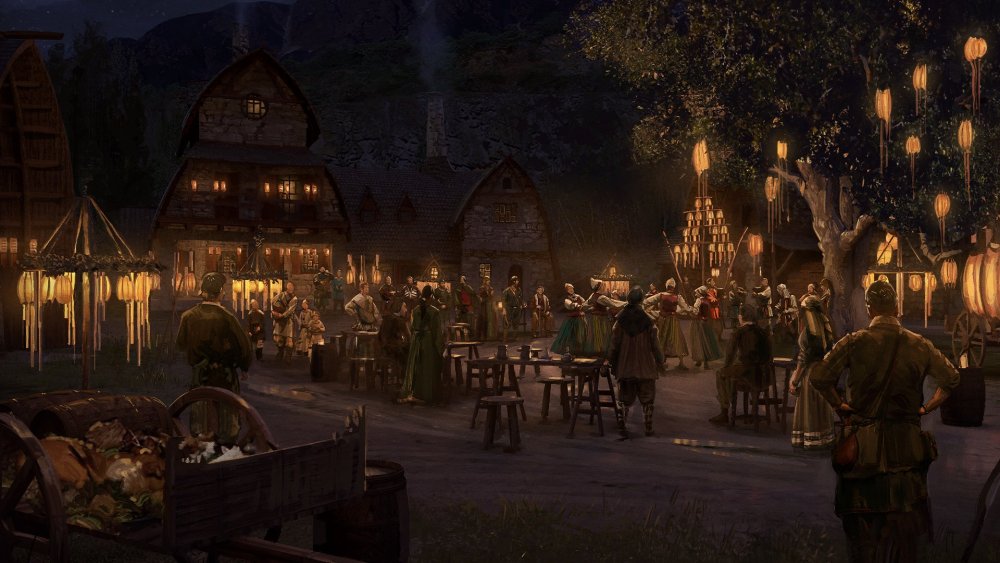 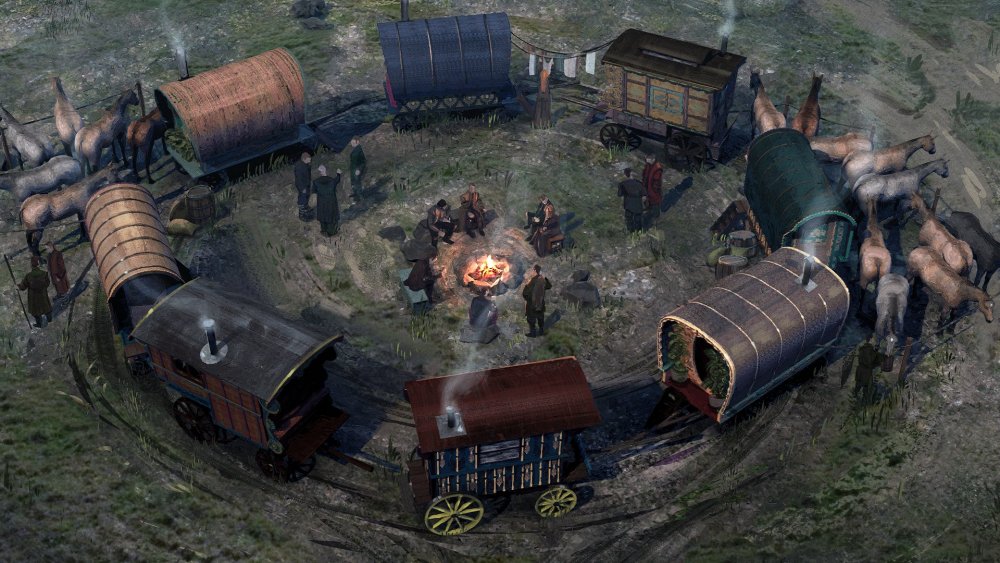 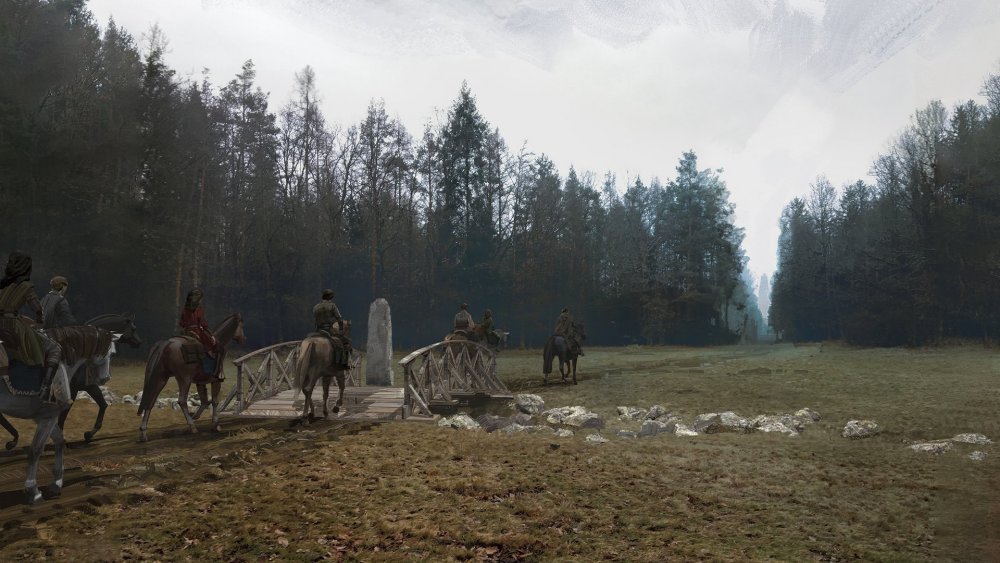 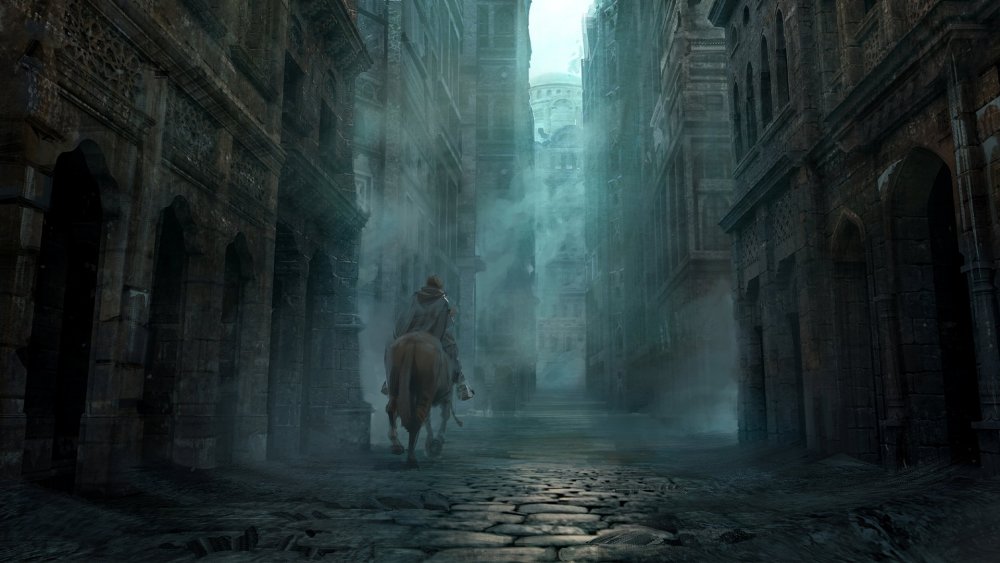 So what can we glean from these images?  Fans are already speculating.  Here's my take.

The first image must be Rand and Mat.  Ginger hair on Rand.  Mat has a quarterstaff.  But which river are they looking at?  Thom's not there, and if Thom is not there it has to be after Whitebridge.  And if we're deviating from the novel entirely, perhaps this could be the place Rand and Mat glimpse the Tower of Ghenjei.

Image number two: Winternight in the Two Rivers.  Rafe Judkins already let us know we will get to see the Bel Tine celebration, so perhaps Rand and Tam don't return to their farm that night.

The third seems a tame version of the Tuatha'an camp.  It fits the description of the wagons, but the colors are all wrong!

My first thought on the fourth image was it featured the Two River's folks on the other side of the Taren River.  I seem to recall they hid in some dense trees that first night.  However, the number count is off.  Lan and Moiraine at the front.  Rand, Mat, Perrin.  Egwene.  One more rider makes Nynaeve a member of this group.  The only time they all rode together--in The Eye of the World, at least--was traveling to and from the Waygates stationed in Caemlyn and Fal Dara.  The forest could be on the Shienar side of the Waygate.

And finally, the one that actually gave me chills: Shadar Logoth.  The dark atmosphere, the looming buildings, the lurking fog.  This is amazing!

Sometimes it seems the new information isn't coming fast enough.  Other times, we see amazing glimpses into the making of this show and the anticipation it stirs inside will last for several days.  The more we see, the more real it becomes.

The Eye of the World was not the beginning.

There are neither beginnings nor endings to the turning of The Wheel of Time.

Let us hear your thoughts on where these concept art scenes could take place in the comments below!