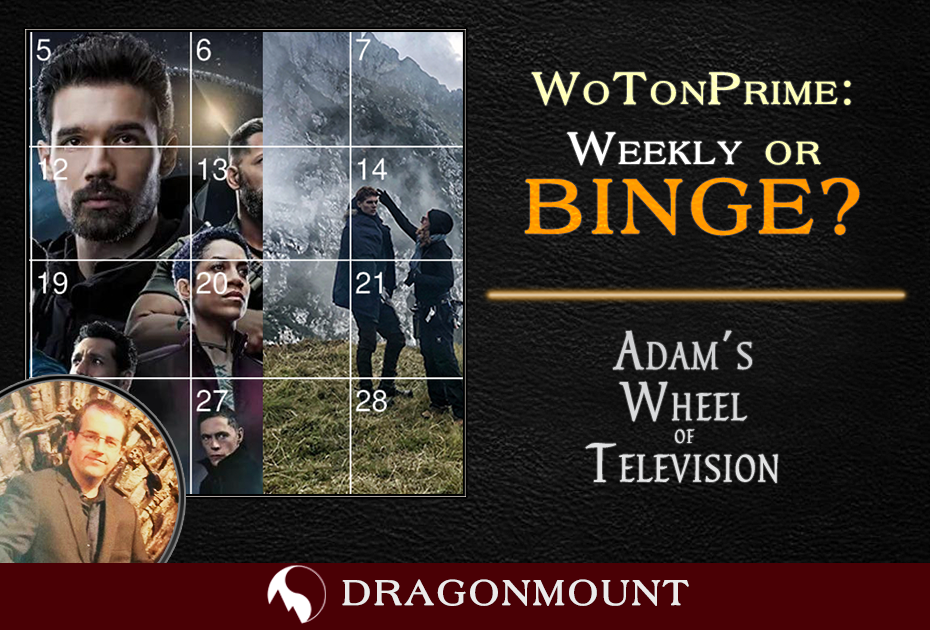 On 1 February 2013, Netflix changed the conversation about how TV shows are released when they dropped all thirteen episodes of political drama House of Cards on the same day. Since then, every Netflix original scripted show has done exactly the same thing. Rival streamer Amazon Prime adopted the same strategy, whilst Hulu adopted a mixed strategy, releasing some shows on the same time and others weekly.

It was a bold and innovative move, and for more than three years was wildly successful. Of Netflix’s first ten original dramas, six were massive hits, driving huge boosts in subscriptions and almost dominating the cultural conversation: House of Cards, Orange is the New Black, Daredevil, Narcos, Jessica Jones and Stranger Things. Netflix seemed to be onto a winning strategy.

However, some rivals were not convinced. The two biggest shows of the 2010s were HBO’s Game of Thrones and AMC’s The Walking Dead, launched with regular, weekly release patterns and were rewarded with dozens of new articles and hundreds of thousands or even millions of Tweets every single week a new episode was released. It’s arguable if Game of Thrones’ Red Wedding would have had the same nuclear impact it did on TV discussion if it had dropped as part of a one-day release of the entire third season.

When Hulu released The Handmaid’s Tale in 2017, conscious they had a show that spoke to the cultural moment and also was awards-fodder, they opted for a weekly release schedule (after dropping the first three episodes at once), reversing the decision to release some of their prior shows all at once. Likewise, they were rewarded with eight weeks’ worth of constant coverage. CBS All Access launched its service almost at the same time, again favouring weekly release schedules for their first two dramas, The Good Fight and, a few months later, Star Trek: Discovery. 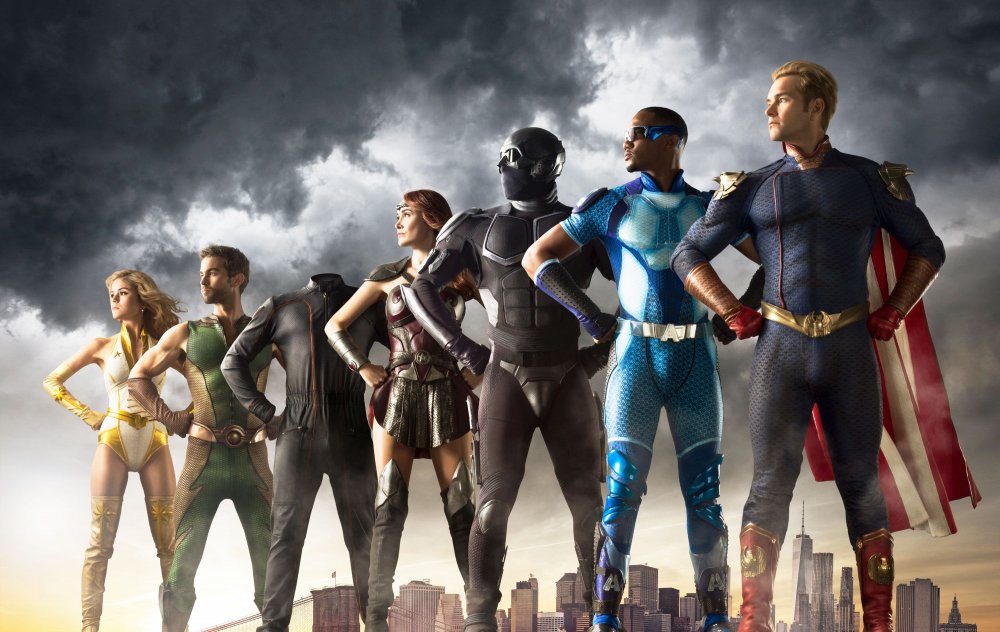 The Boys is the first Amazon Prime original to switch to a weekly release schedule, with strong results.

During this time period Netflix began to flounder. The rate of production of critically-acclaimed, conversation-starting shows dropped off sharply. Their constant drive of content and the need to produce a whole season of television for almost every Friday of the year saw them releasing shows with next to no marketing and then cancelling them: the high-budget second season of Sense8 was a notable casualty when its launch buzz and marketing was instead swamped by adverts for the already-concluded first season of 13 Reasons Why (which Netflix believed was a stronger show to generate new subscriptions). Netflix also appeared to reach its English-language subscription ceiling much earlier than expected, leaving it deeply in debt and unclear where future new customers were going to come from.

Both Apple TV+ and Disney+, perhaps seeing Netflix’s struggles, both launched with weekly release schedules for their shows and profited from them, with the Star Wars show The Mandalorian particularly benefitting from weekly discussion over the adventures of Pedro Pascal’s bounty hunter hero and his animatronic, Yoda-like friend.

Which brings us to Amazon Prime, and The Wheel of Time.

Amazon have been looking to differentiate their TV offerings from Netflix for some years. Although they had some hit shows – The Man in the High Castle was a modest success, The Marvelous Mrs. Maisel a somewhat bigger one – they were still batting way behind Netflix, which was frustrating given how widely available Amazon Prime Television was (free for all Amazon Prime subscribers, a fact that surprisingly large numbers of them were unaware of). In 2016 they switched to a weekly release schedule for their hit car programme The Grand Tour, which was successful, and in 2018 extended the idea to drama with The Romanoffs. The latter bombed, but Amazon eventually decided this was more down to the quality of the show than problems with a weekly release schedule. They next decided to roll the dice with a show that already had a successful first season: The Boys. Showrunner Eric Kripke had already been lobbying for a weekly release schedule for the second season and Amazon agreed to give the format a go.

The result has been hugely successful. Each week for six weeks (the first three episodes were released on the same day), the show attracted a large amount of online engagement. Weekly reviews, articles and recaps, and regular interviews with the showrunners and cast helped drive the show to the top of internet TV discussions. Over the course of the run Amazon saw a marked increase in subscriptions as people tuned in to catch up on the previous episodes and watch the new ones. 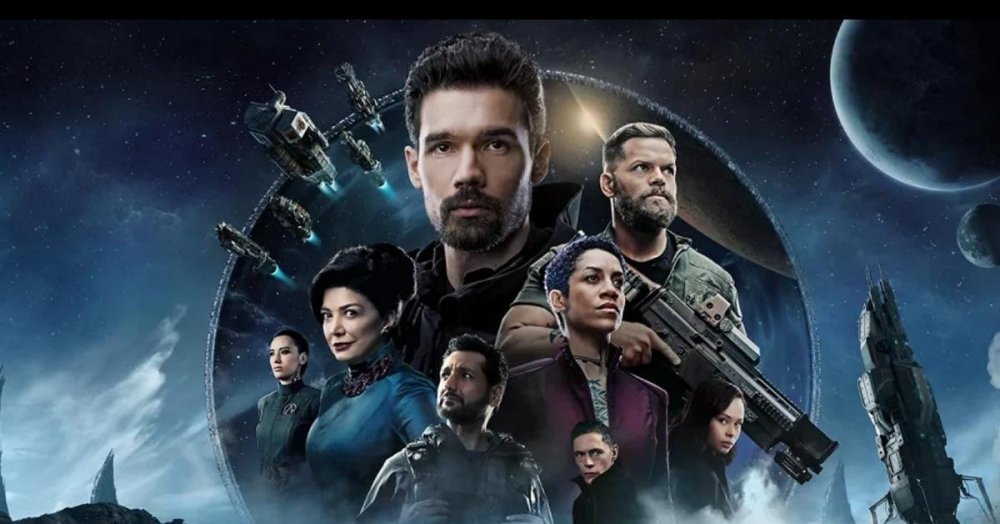 The Expanse is switching to a weekly release schedule on Amazon Prime with its forthcoming fifth season.

The success of the format saw Amazon make the decision to repeat the experiment for space opera show The Expanse. The Expanse had already aired three seasons released weekly on SyFy, but disappointing viewing figures saw the show cancelled. Amazon bought out the show and transferred it to Amazon Prime for a fourth season in 2019, released on the same day. It did well, but Amazon saw a chance to improve its standings by switching to a weekly release schedule for the fifth season. This was helped by the fact that the fifth season will be the most explosive of the nine they are hoping to make: the fifth book in the series features a Game of Thrones-style, “Red Wedding” level shocking event, and if the TV show delivers on it, it could propel the show to a new level of success and achievement. We will find out if Amazon’s gambit pays off between December and February, when they air the ten episodes of the fifth season.

With Amazon switching to a weekly release schedule for two of its biggest shows, it makes it much more likely that The Wheel of Time will follow suit when it launches on Amazon in 2021 (as well as the Second Age-set Lord of the Rings prequel later in the year, or in 2022). The move will be divisive – people have gotten used to sitting down on a Friday and dedicating a day or a weekend to watching a whole season of a show – but I think will be more successful. One of the reasons Netflix’s model seems to be increasingly flawed is because a binge-release is an all-or-nothing proposition. The show has to be a hit out of the gate because, if it isn’t, then three weeks later everyone’s forgotten about it and something else has come along to replace it in the conversation. A weekly release schedule gives five to eight weeks’ worth of coverage and discussion and raises the profile of a show to higher levels, and generates more viewers of the earlier episodes in the season. It gives the show more of a fighting chance to be successful and get a renewal for more seasons.

From a more cynical point of view, it is also more profitable: people wanting to stay up to date on a new, zeitgeist-defining show have to subscribe for two or more months rather than a single weekend, but if they prefer the binge experience, they can wait until the whole season is available. That does of course mean dodging spoilers for several weeks in a row, but ultimately it does give them more choice about how to consume a new series.

Of course, Amazon may change its mind and decide to release Wheel of Time in one go, but it feels less likely. Anything which helps Wheel of Time get more viewers and more critical discussion can only be a good thing if the show is to survive the long term, but what are your thoughts? What strategy do you think is the best approach? Let us know in the comments and as usual keep at eye on the Dragonmount TV News page for breaking stories.