"For once the Dragon walks the land, the fires of heaven fall where they will, until all men's lives are ablaze." 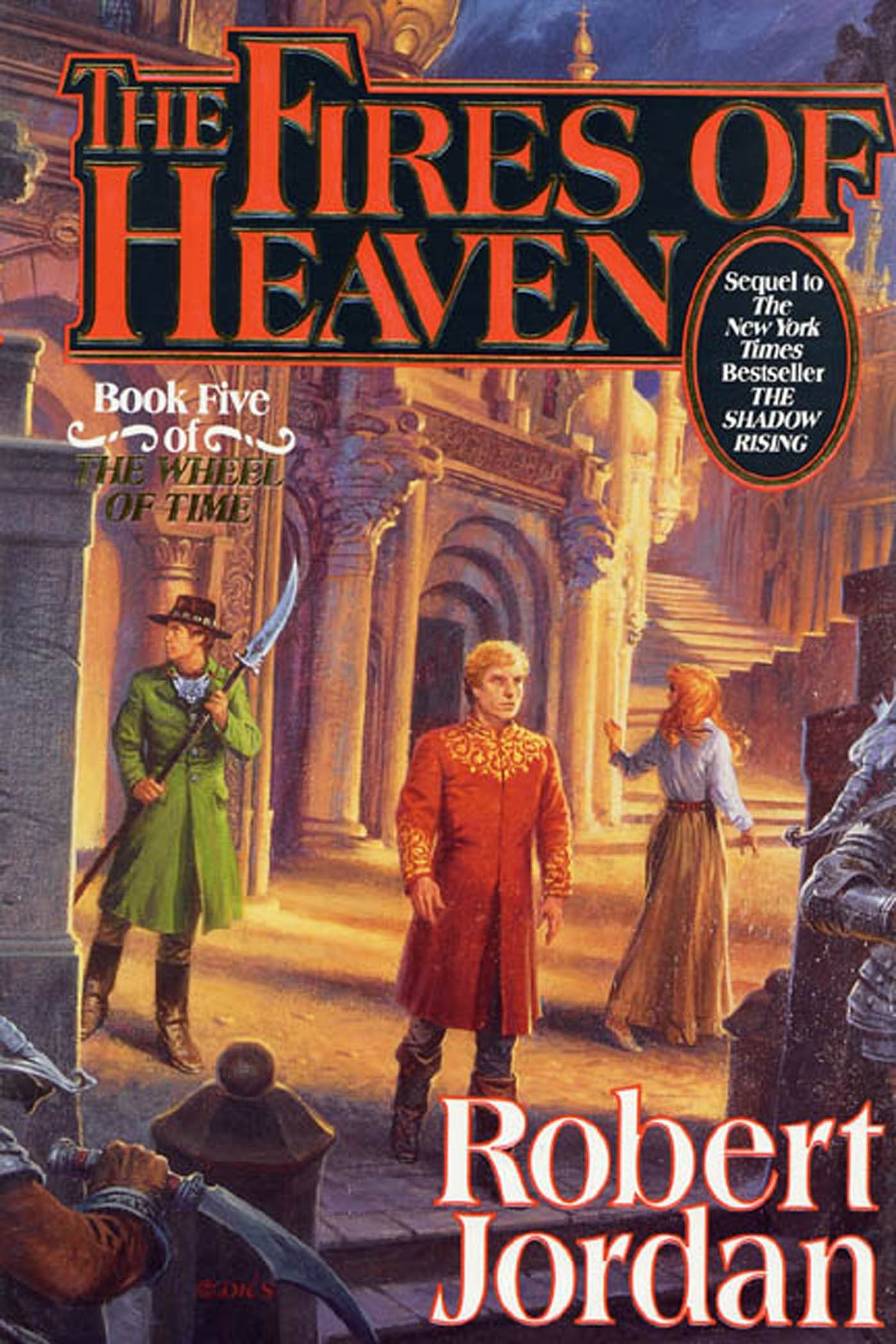 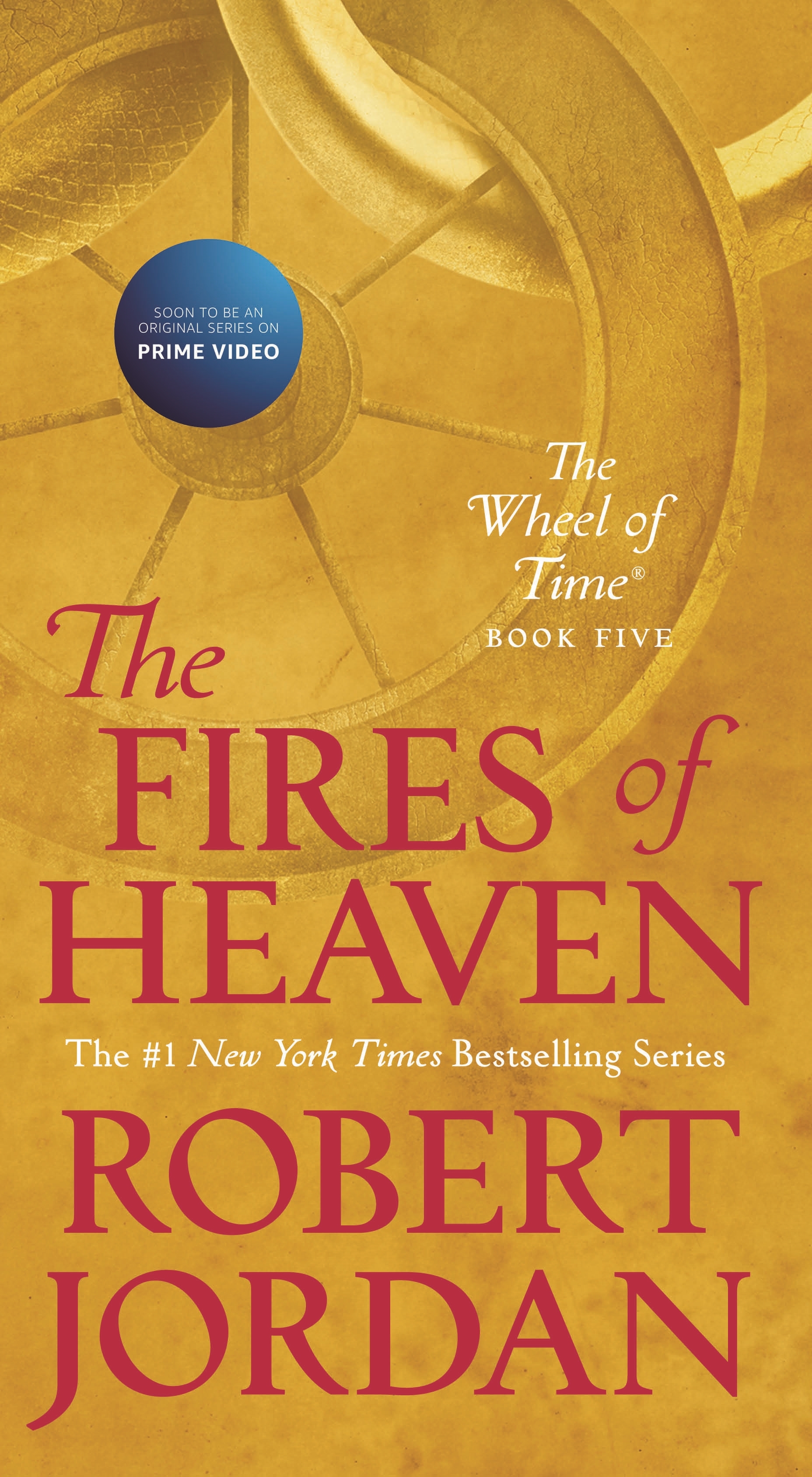 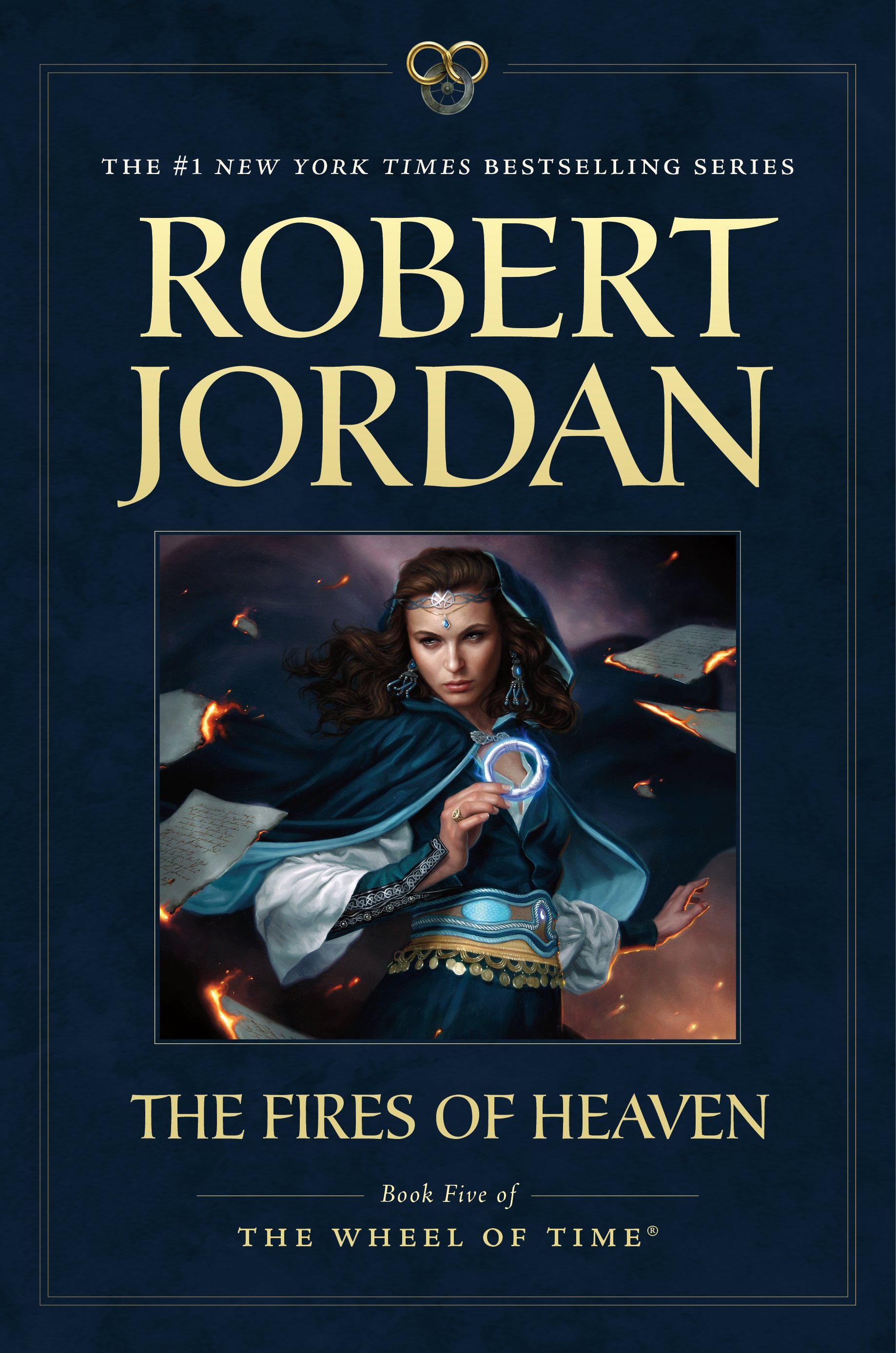 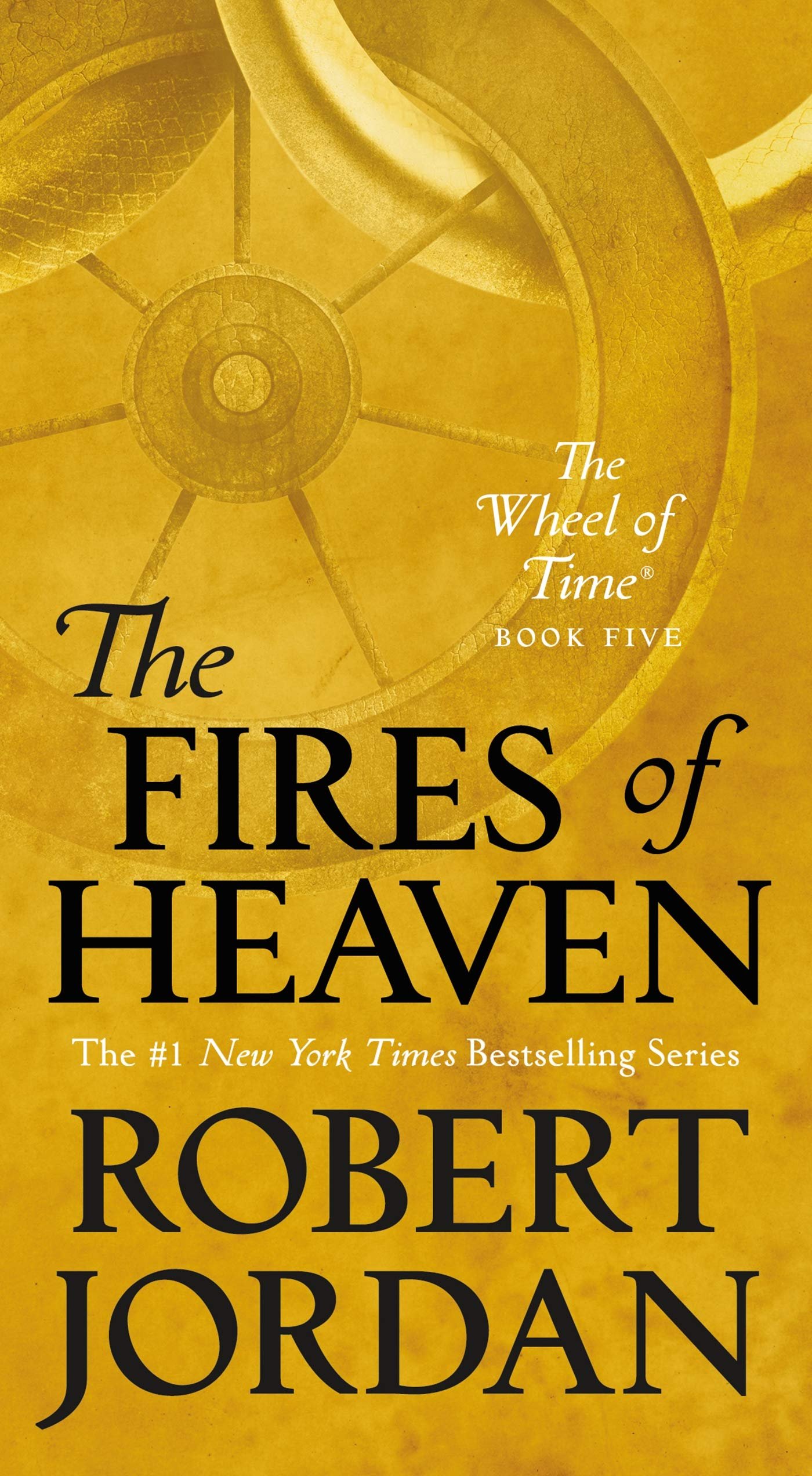 The Fires of Heaven is the fifth book in The Wheel of Time series. It was first published by Tor Books and released on October 15, 1993.

The Fires of Heaven consists of a prologue and 56 chapters.

Rand has defeated Asmodean, and is forcing him to teach him control of the One Power. Yet the Forsaken’s machinations did not fall with him, and even now the false car’a’carn, Couladin, leads the Shaido Aiel to the Dragonwall to ravage the lands beyond. Gathering those clans that have declared for him, Rand pursues Couladin into Cairhein where his Tairen forces have fallen under siege.

But more than Cairhein is in turmoil; in several nations the Forsaken wield open power. Tarabon and Arad Domon are shattered with internal conflict, and even the White Tower, bulwark of the Light for three thousand years, has been torn in two by Rand’s appearance in the world. The Amyrlin has been cast down, and now a Red sits her seat—the very Ajah responsible for hunting men who can channel now rules the White Tower.

Knowing that should Rand hope to have any chance of success in Tarmon Gai’don he will need the Aes Sedai behind him, the former Amyrlin, Siuan Sanche, seeks out those Sisters who’ve fled the Red Ajah’s tyrannical rule. Yet, severed from the True Source, what influence can Siuan hope to wield with these women?

Elayne and Nynaeve leave Tarabon victorious, the threat to Rand neutralized. Yet when they learn of the division in the Tower they are left without direction—and soon the Forsaken, Moghedien, begins to hunt them looking to exact vengeance against Nynaeve.

And behind everything a secret cabal of Forsaken form to plot Rand’s downfall. Graendal, Rahvin, Lanfear and Sammael are joined in alliance, and their focus is Rand. What hope can he have against four of the most powerful, most talented channelers to have ever lived?

The ending of this book introduces one of fantasy literature's great murder mysteries: "Who killed Asmodean?" has been asked by fans for over a decade and a half. Robert Jordan never anticipated the response this would have. He called the answer "intuitively obvious to the casual observer." The answer is revealed in book 13, Towers of Midnight.