Adam's Wheel of Television: The Wheel of Time is Amazon's Biggest Ever Premiere

We said previously that it’s a hit, but it’s turned out to be an even bigger hit then we thought: The Wheel of Time has had the biggest and most successful launch of any original show in the history of Amazon Prime Video. 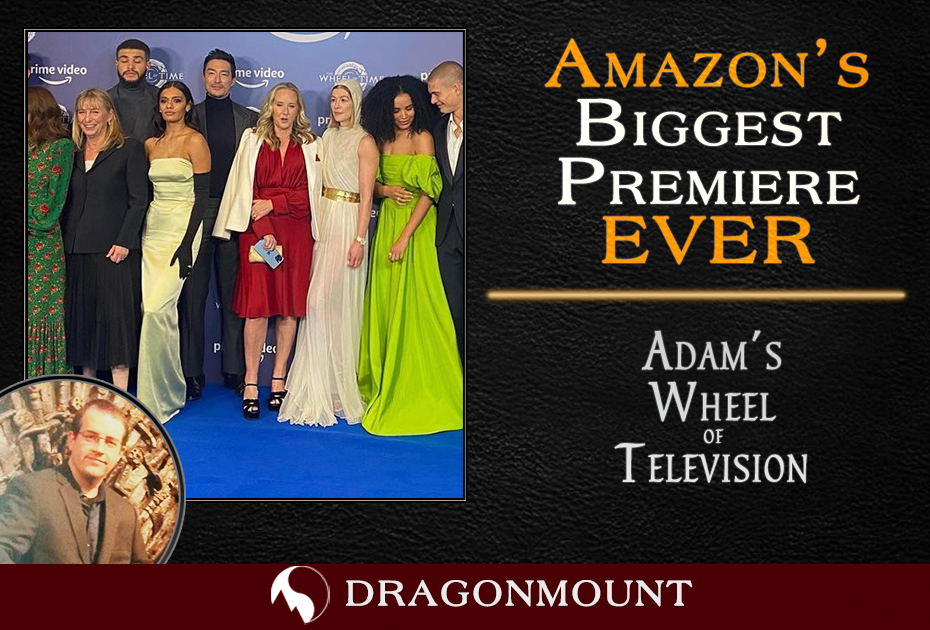 We said previously that it’s a hit, but it’s turned out to be an even bigger hit then we thought: The Wheel of Time has had the biggest and most successful launch of any original show in the history of Amazon Prime Video.

That’s a pretty big deal. Previously Amazon had only committed to saying that Wheel of Time had the biggest launch of any original show in 2021. That puts Wheel of Time ahead of big shows like Invincible and Clarkson’s Farm. However, the new information now means that Wheel of Time has had a bigger and more successful launch than shows like The Expanse, The Marvelous Mrs. Maisel, The Grand Tour, The Man in the High Castle, Carnival Row, Bosch, Tom Clancy’s Jack Ryan and their previous biggest hit, The Boys.

The news will be welcome to Amazon Prime Video and Sony Television, who took something of a gamble on greenlighting the show with a budget of over $10 million per episode and filming on multiple locations across Europe, based on a series of fifteen novels that have sold around 90 million copies and have passionate fans around the world, but were perhaps not household names. Unlike the previous fantasy megahit, Game of Thrones, which based its initial appeal on little to no magic, no supernatural creatures and a focus on sex and politics, The Wheel of Time is unashamedly a broad, epic fantasy with vast displays of sorcery, a nonhuman creature as a regular character and an up-front commitment to showing epic battles in challenging locations.

It also bodes well for Amazon's commitment to genre programming. Although The Expanse is wrapping up after three seasons on the streamer, Carnival Row is due to launch its second season next year and The Boys its third. More germanely, Amazon is also planning to launch its Lord of the Rings prequel series, about the Second Age of Middle-earth, on 2 September 2022. With a budget conservatively estimated at three times that of Wheel of Time (and possibly a lot more), there's a huge amount riding on that project. Wheel of Time getting more people watching Amazon Prime's video channel can only be a good thing for that project and for the other SFF shows they have in development, including an ambitious Mass Effect TV series, based on the video game series. If Amazon are considering any other fantasy projects – they recently dropped a Conan the Barbarian project which has since been swept up by Netflix – this may encourage them to commit to them further.

The Wheel of Time has already been renewed for a second season, which is now more than halfway through shooting in the Czech Republic, although contrary to some reports it has not yet been renewed for a third. With this news, a third season renewal and hopefully more beyond now seems much more likely.

The final episode of the first season, The Eye of the World, will drop this coming Friday. Season 2 of The Wheel of Time is expected to air in late 2022.

As usual, please continue to follow developments on our casting and news pages and the forum and stay tuned for more info as we get it.