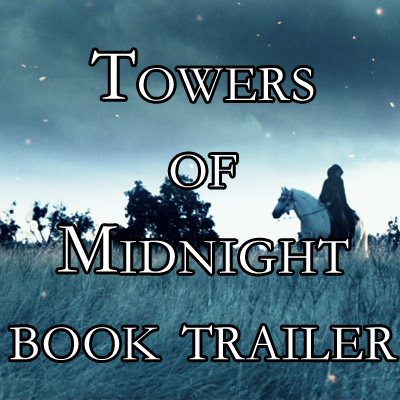 Tor Books is proud to present the book trailer for TOWERS OF MIDNIGHT, the penultimate thirteenth novel in The Wheel of Time series, written by Robert Jordan and Brandon Sanderson.

Produced by the creative forces of Dragonmount and http://www.mythmakersfilm.com/"'>http://www.mythmakersfilm.com/" target="news">Mythmakers Entertainment, this video is the first-ever official video representation of Robert Jordan's masterpiece series. The majority of the crew for this project were fans themselves, and were led by Dragonmount founder Jason Denzel, who directed the short.

WARNING: The book trailer contains SPOILERS! However, if you are very familiar with the story and have seen the U.S. Book cover, then these spoilers are not that bad.

We will have an exclusive feature on Dragonmount next week with extensive behind-the-scenes features related to the making-of the video. In addition, the Outta-this-world" rel="external nofollow">http://outta-this-world.com/2010/09/01/tom/">Outta-this-world video blog will have video interviews with myself and the cast and crew.

So enjoy the trailer (produced with YOU--the fans-- in mind), and check back next week for all the behind-the-scenes features.

The Aes Sedai Great Serpent Ring™ is available for purchase from our online store. It is crafted and sold by http://www.badalijewelry.com/" target="news">Badali Jewelry