Rajiv’s Threads In the Pattern: Back to the Garden

For some, J.R.R. Tolkien’s Middle-Earth has become “conservative mythology” that puts the Golden Age in our distant past. In Robert Jordan’s The Wheel of Time, if we can learn from the past, the best is still to come. 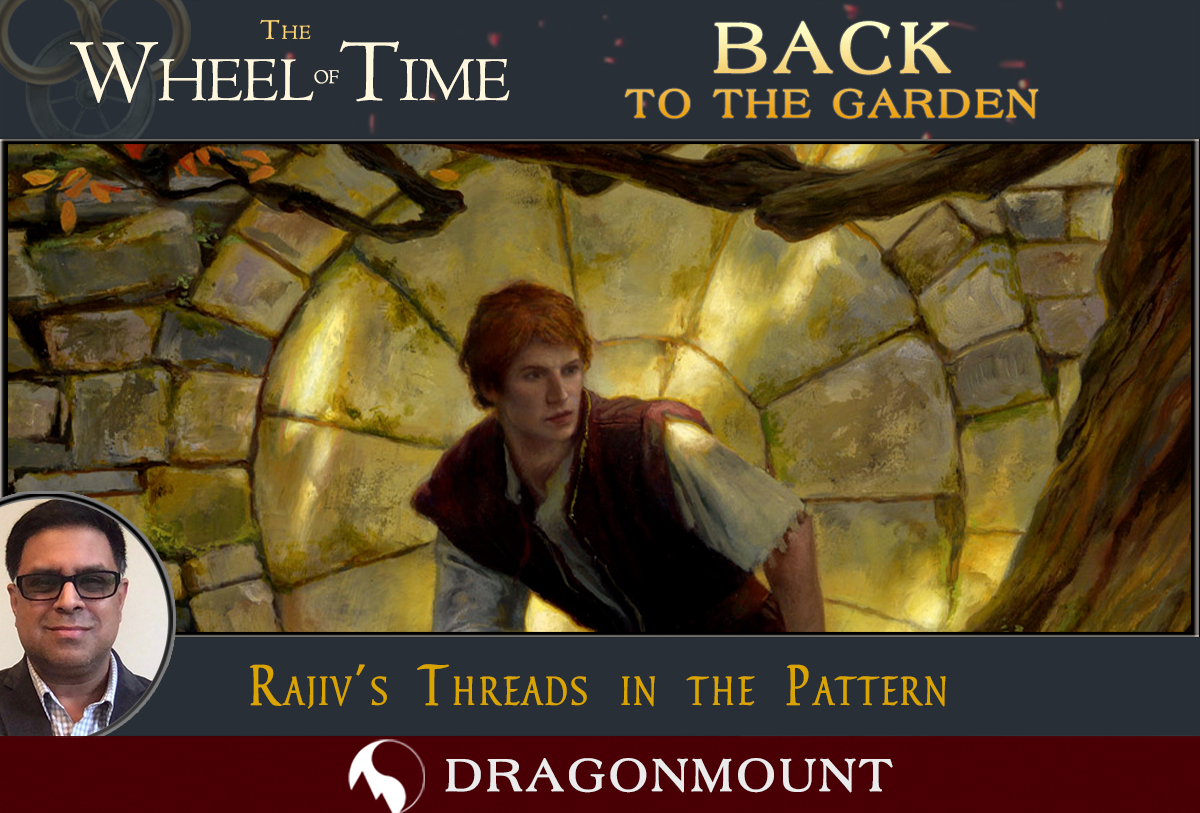 The New York Times published an article, “Hobbits and the Hard Right: How Fantasy Inspires Italy’s Potential New Leader,” about how Italy’s fascist movement has used J.R.R. Tolkien’s work as their core myths.

“Tolkien’s agrarian universe, full of virtuous good guys defending their idyllic, wooded kingdoms from hordes of dark and violent orcs, has for decades prompted scholarly, and convention center, debate over the author’s racial and ideological biases, his view of modernity and globalization. More recently, his works have also provided a fertile shire for nationalists who see themselves in his heroic archetypes.”


Author and neuroscientist Benjamin C. Kinney noted in a Tweet:

“We are not the only ones who have noticed the fundamental layers of conservatism in Tolkien & his literary descendants. Fascism isn’t what T wanted, but “the past was better” has far too many uses.”


Of course, many social and political movements present a romanticized past as a nostalgic ideal, all the way back to the major religions. In the Old Testament, humankind’s purest state of grace was in the Garden of Eden. When Adam and Eve were exiled for their Original Sin, humanity’s long road took them further and further from God. Time and distance from Eden was a vector of corruption.


Hinduism has a similar view in its great cycle of ages. The first age of the cycle that begins with creation is the Satya Yuga, or Krita Yuga. It is considered a Golden Age. It degrades through three subsequent ages, and the last, the Kali Yuga, is an age of darkness. At this stage, the universe must be destroyed before being created again in a new Golden Age. Again, the further from the original divine action the universe moves, the worse off it is, and the best times of any given cycle are in its past. (I wrote a story published in Translunar Travelers Lounge, “Don’t Make Me Come Down There,” where the Hindu gods challenge this cycle.)


Tolkien, like his friend C.S. Lewis, crafted fantasy with Christian themes. It’s not hard to see the Shire, a place of innocence and pastoral bliss, as a thematic representation of the Garden of Eden. Factoring in The Silmarillion, Tolkien’s world stretches along a moral West-East axis, with Valinor in the absolute west, the blessed realm of the angelic, undying Valar; to Mordor in the east, stronghold of the diabolical Sauron and the corrupt races who serve him. The “fundamental layers of conservatism” in Tolkien look very Christian--the King who returns to Gondor is a blood descendent of the Men of Númenor, who lived halfway between Middle-Earth and angelic Valinor. Those closest to the source of creation--physically, temporally, or spiritually--are the world’s salvation from evil. The final reward, reserved for the holiest, is leaving Middle-Earth altogether to reunite with the divine source in the ultimate West.


I call these stories “Entropic Myths.” They’re tales that cast the primordial state as morally closest to the divine. Perhaps there is an inciting incident, a fall from grace or a Big Bang, or perhaps it’s simply the grind of time and human nature, but humanity drifts away from the divine ideal and thus diminishes. Humanity can redeem itself, but it needs to look backward, to the past.


Entropic Myths, and the conservatism that uses them, rely on a concept coined by The Dictionary of Obscure Sorrows, “anemoia,” a nostalgia for a time one never experienced. The world of simplicity, innocence, and bliss that we yearn for was in a mythical past. We can find our way back if we stop recklessly moving forward. We can go back to the Garden. It’s a fantasy that captures hearts and minds with its long cultural history.


Progressive SFF writers, of course, responded to the New York Times article by warning their peers that conservative fantasy tropes need to be interrogated and challenged. In my terminology, progressives are calling for “Enthalpic Myths” where the future can be better than past or present. Where the best is yet to come. The future is usually the domain of science fiction more than fantasy, and utopian futures like that in the Star Trek franchise do a great job of painting futures that progressives would like to live in.


In fantasy, The Wheel of Time transforms a story that began as Tolkien-esque into an Enthalpic Myth. I’ve written about the contrast Robert Jordan makes between the Wheel’s conception of “home” compared to Tolkien’s. In Jordan’s epic, you can’t go back to the Garden, and you won’t want to. All the promise lies in the world before you, the world you can have a hand in creating. Jordan also put a twist on the Chosen One trope, where it was never about a single savior, but the world having the will to move forward and together.


If there is a single, overarching theme to The Wheel of Time, it can be summarized by Rand al’Thor’s epiphany at the summit of Dragonmount.

Maybe… Lews Therin said, shockingly lucid, not a hint of madness to him. He spoke softly, reverently. Why? Could it be… Maybe it’s so that we can have a second chance.
Why? Rand thought with wonder. Because each time we live, we get to love again.
That was the answer. It all swept over him, lives lived, mistakes made, love changing everything.
I fight because last time, I failed. I fight because I want to fix what I did wrong.
I want to do it right this time.
“Veins of Gold,” The Gathering Storm


The past remains important in The Wheel of Time, but not as something to embrace uncritically. We learn from the past so we can forge a better future. The Golden Age is always ahead. That’s a great mythology to embrace.