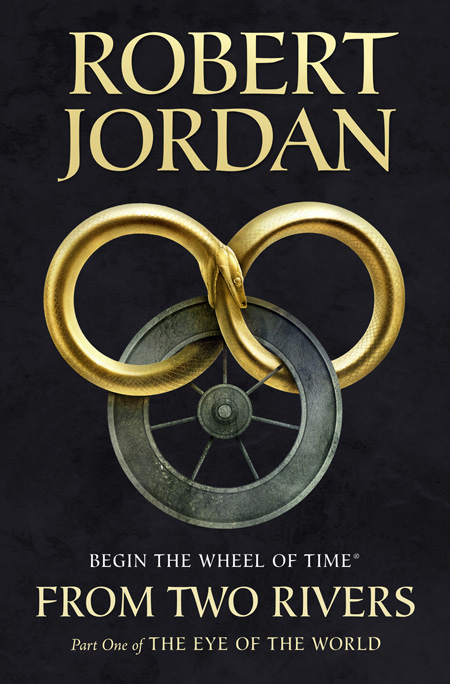 Tor Books announced today that From the Two Rivers, the first half of the first Wheel of Time novel, is available immediately in eBook edition for $0.99. This price promotion will last until the release of A Memory of Light, sometime later this year. (Read our speculation on the AMOL release date.)

Originally released in this form in 2002, From the Two Rivers is an illustrated edition of The Eye of the World up until Shadar Logoth.

The $0.99 ebook edition is clearly geared towards encouraging new readers, as well as giving old fans a launch point for a re-read. From the Two Rivers contains an additional prologue, written by Robert Jordan, called "Ravens". It focuses on a 9-year-old Egwene and foreshadows much of her future personality.