A meeting with the colorful ones...(attn minty mine and eventualy tinkers) 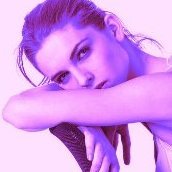