In 1998 the release of The Path of Daggers marked the time when The Wheel of Time went from being a cult hit to a true mainstream literary success. 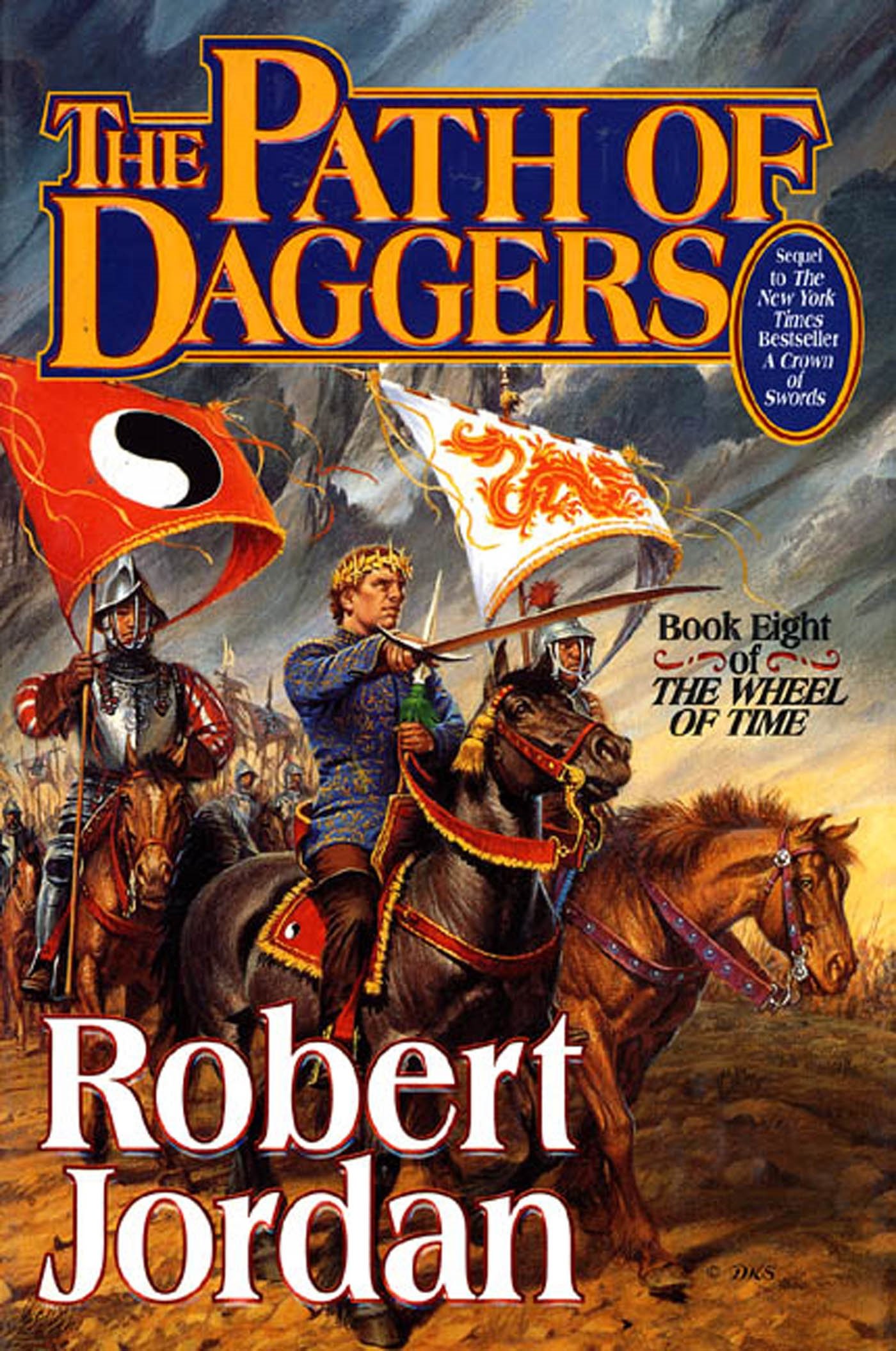 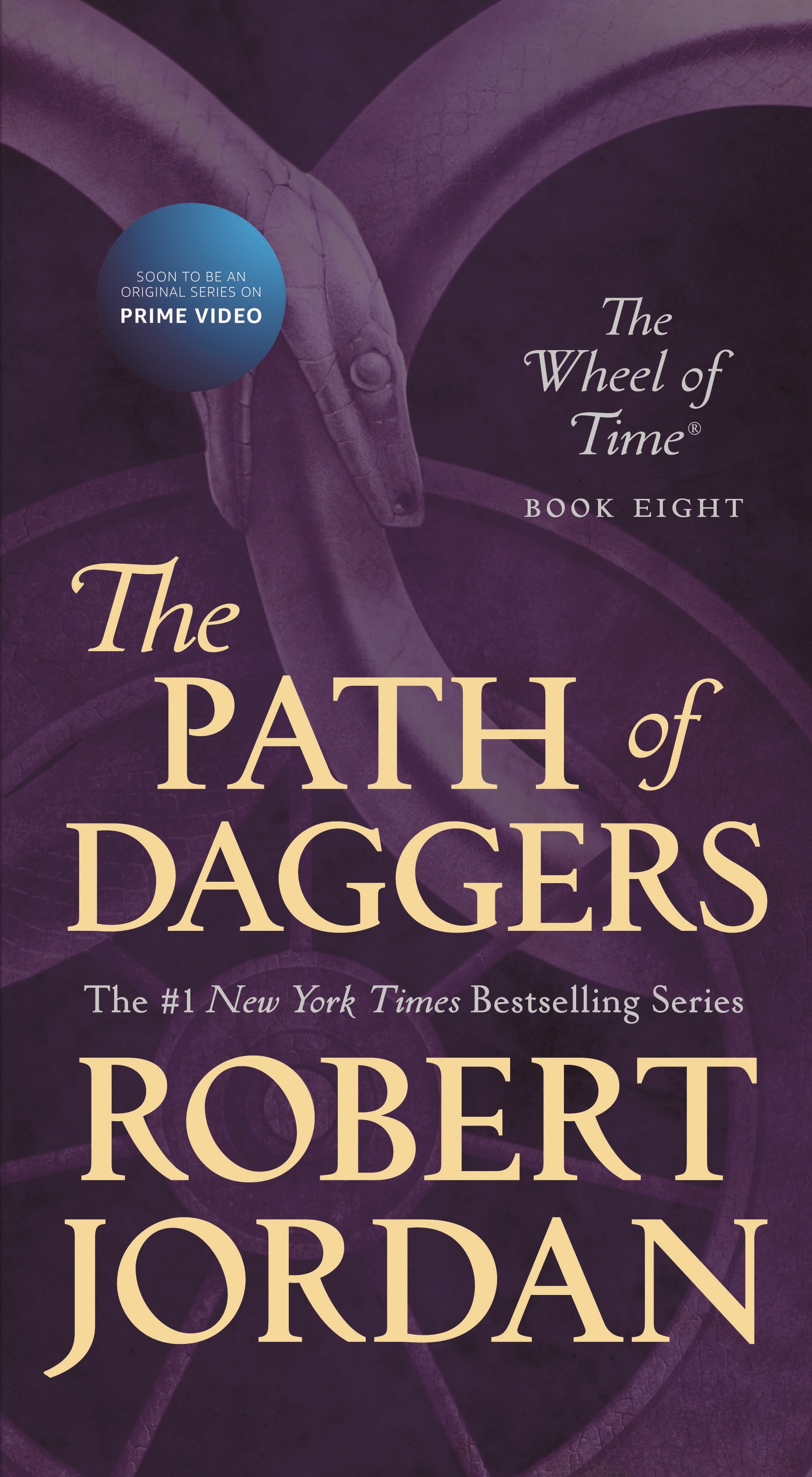 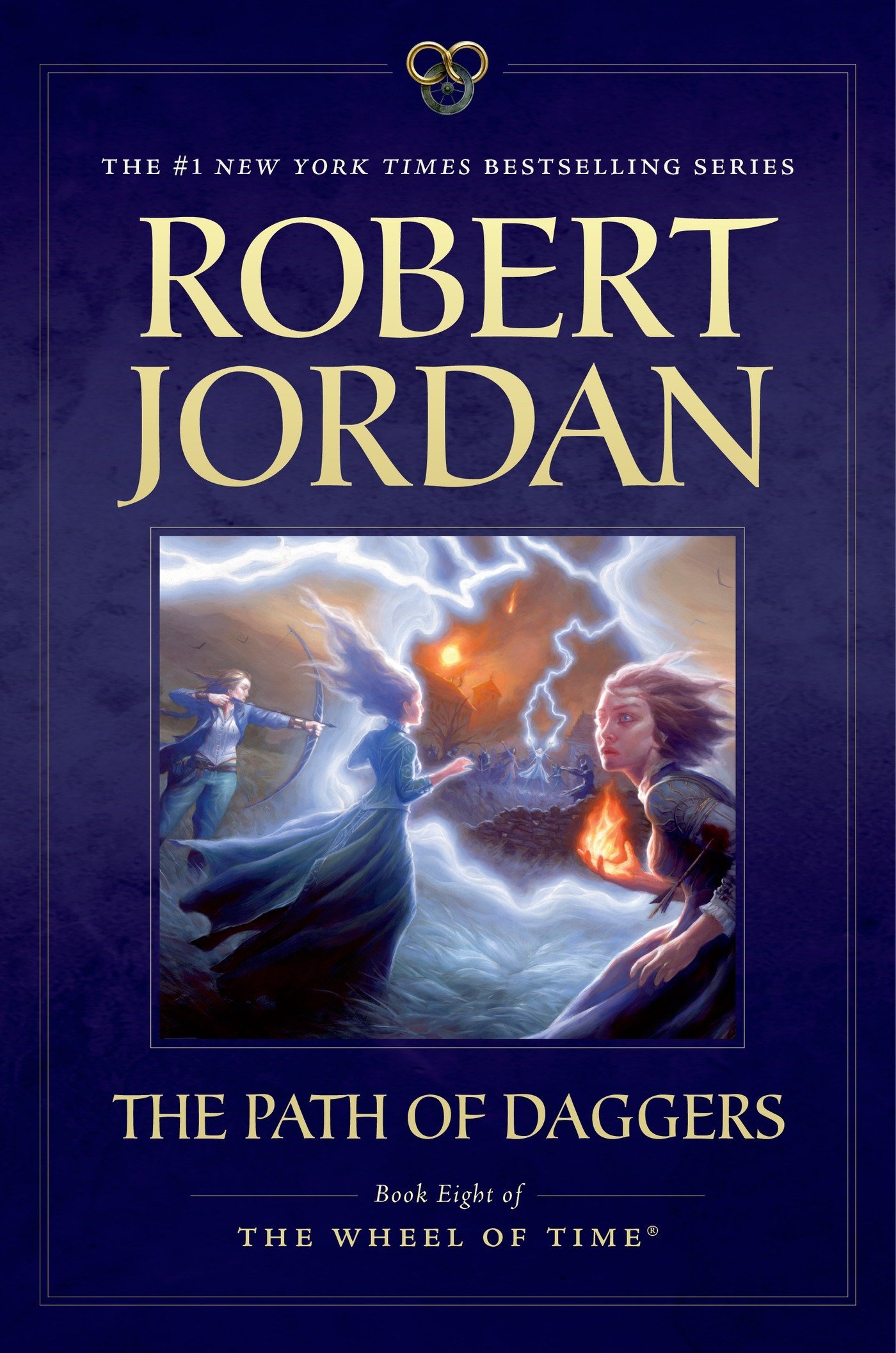 The Path of Daggers is the eighth book of The Wheel of Time series. It was first published by Tor Books and released on October 20, 1998. It consists of a prologue and 31 chapters.

Elayne and Nynaeve have secured the stash of ter’angreal in Ebou Dar, including the Bowl of the Winds; the ter’angreal which can undo the Dark One’s drought, yet Shadowspawn, Forsaken and Black Ajah infest the city. Gathering together the Sea Folk Windfinders, women whose channelling expertise lay in weather working, they flee to a farm north of the city. Yet even as they work to right the weather, they see lightning begin to fall in Ebou Dar—hundreds of bolts. Thousands. It is a threat greater than the Forsaken, at least for any woman who can channel. The Seanchan invasion has reached Altara.

Amongst the Rebel Aes Sedai Egwene faces problems of her own. An army has gathered on the border of Andor to deny them passage, led by the High Seats of some of the most powerful houses. There have been rumours of Tower Guard and Aes Sedai sneaking into Andor, and the Andorans do not wish to see a battle between Aes Sedai on their land—much less the darker thought, a battle between Aes Sedai and Asha’men, the men who can channel that Rand has gathered. Egwene summons the Hall. The Andorans only oppose them because their purpose is unclear. The time has come, and she calls for a declaration of war upon Elaida, the results of which will change the balance of power amongst the Aes Sedai forever.

Perrin Aybara seeks the Prophet of the Dragon, Masema, to put an end to the murderous rampage of his followers. Yet if his followers are rabid fanatics, the man himself is worse. How will Perrin manage to keep Masema from turning on him? And when disaster strikes, will Perrin let Masema go, or will he betray everything he cares about?

The forces of the Dragon have secured Illian, and Rand wears the Crown of Swords. However Seanchan incursions out of Altara increase each day, and Rand turns his attention upon them, gathering a force to drive them back. Yet how far can Rand trust his Asha’men? Where do their true loyalties lie?

Even in victory Rand may face defeat.

The Path of Daggers was the first Wheel of Time novel to be a #1 New York Times bestseller. The release of this book was the first one that Dragonmount.com covered. It is the shortest novel (fewest word count) in the main-sequence series.