Thoughts on being online 19 years 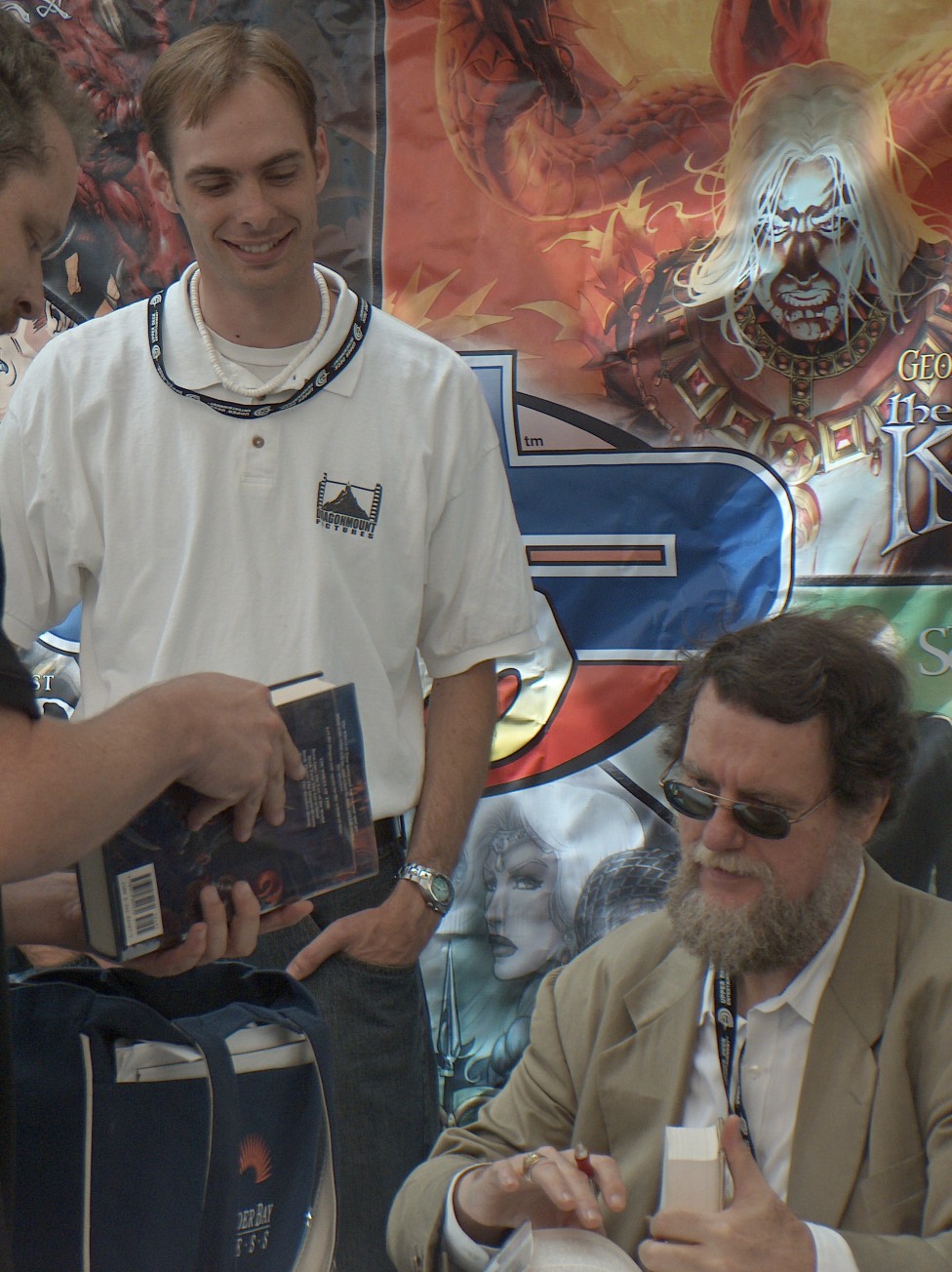 Today, September 19, 2017 marks 19 years of Dragonmount being online. Every year, Jenn and I debate what the exact launch day was, but she’s adamant that Sept 19 is the correct one. I believe her, because, well, one of the biggest lessons I’ve learned over the last 19 years is that I should listen to what Jenn says.  So today it is.

So what’s happening with DM these days? Well, judging from the slow-moving news on the front page, not a whole lot.  But don’t let that fool you. We’re currently working on a major website upgrade: everything from the forums to the news page to the ebook store will be modernized and polished.  Yes, that also means we’ll finally have a mobile-friendly version of the site because it’s 2017 now, and not, say, 1998.

While the books are complete, I still adamantly maintain that the Wheel of Time franchise is alive and thriving. Not only is JordanCon getting bigger every year, but there are still millions of fans out there who love this saga, and those numbers will only continue to grow as the books are passed onto new readers. Sony’s upcoming TV show will breathe new life into the series, and with it will come a flood of new friends to our community.

Administering DM for the past 19 years has been a remarkable experience in my life. Not only did it lead me to this wonderful community of fans, but it helped me launch my own writing career.

There’s so much that needs to be said, but I’m going to save it for next year. We have some big events planned for our 20th anniversary. Not only will we have a fresh-looking website, but we’re planning to have at least one, but maybe two real-life parties that you can attend. We’re still trying to figure it all out, but if all goes well, we’ll have a party at JordanCon in Atlanta this coming April (Jenn runs the convention and I’m this year’s Author Guest of Honor), and possibly a second event in California near where I live. Details to come, but please, keep us in mind for next year.

This week also marks the 10 year anniversary of Robert Jordan’s passing. He died on September 16th, 2007. I’ve always found it interesting that the calendar dates of DM’s birth and RJ’s death are so close. Time is a wheel, right? Endings and beginnings, round and round they go.

Brandon Sanderson wrote a lovely tribute on the anniversary of RJ’s passing. I’m glad he did because he’s the right person to do that.  But I was silent on the day for a few reasons. I wanted to sort my thoughts. To illustrate, let me tell you a story.

That morning, Saturday, I went hiking in Point Reyes, just north of San Francisco with my girlfriend and some of her co-workers. On the drive up there, we listened to the ending of the Winter’s Heart audiobook, because that’s currently where she is in her first read-through of the books. When we finished, she gave me all her theories and asked a million questions about what had just happened. We talked about everything from resurrected Forsaken to the differences between saidin and saidar for nearly an hour.

Later at the hike, during a casual get-to-know-you conversation, I learned another member of our group had just started reading The Eye of the World for the first time. She loved what she’d read so far and was excited to see where the series would go. This young lady and her boyfriend were huge fans of Brandon’s books, so she’d recently decided to give Robert Jordan a try.

These conversations underscored to me just how loved these books are. I can’t think of a better legacy for Robert Jordan’s writing career. On the anniversary of his passing, I found myself having two completely unrelated conversations about his books. My hunch is that in another 10 years (or another 20!), people will still be discussing and debating it.

Later that day, after my hike, I called Wilson, RJ’s cousin/brother. Wilson was, as many of you know, the liaison between RJ’s family and our community of fans during those hard days 10 years ago.  He was the one who called me that day and said, “We lost him, Jason.”  He was the one who invited me to Charleston where I met the family and attended the funeral. I called him because it was the anniversary of the death of his cousin, whom he called a brother. I called him because while fans remember Robert Jordan, Wilson and the rest of the family were remembering their loved one, Jim. The world lost more than just a fabulous writer that day. It lost a great guy who liked to fish and sing Elvis songs.

I heard him sing Elivis once.  But once again, I’ll save some of that story for next year.

Because as awesome as it is to be online for 19 years, 20 is the milestone we’re going to celebrate like crazy.

See you then. Thanks for sticking around.

(aka the skinny, beardless kid with hair in that photo)