The Wheel of Time: The First Turn soundtrack release on November 12th

Information about 4 official soundtrack albums for The Wheel of Time, and two new songs off the album. 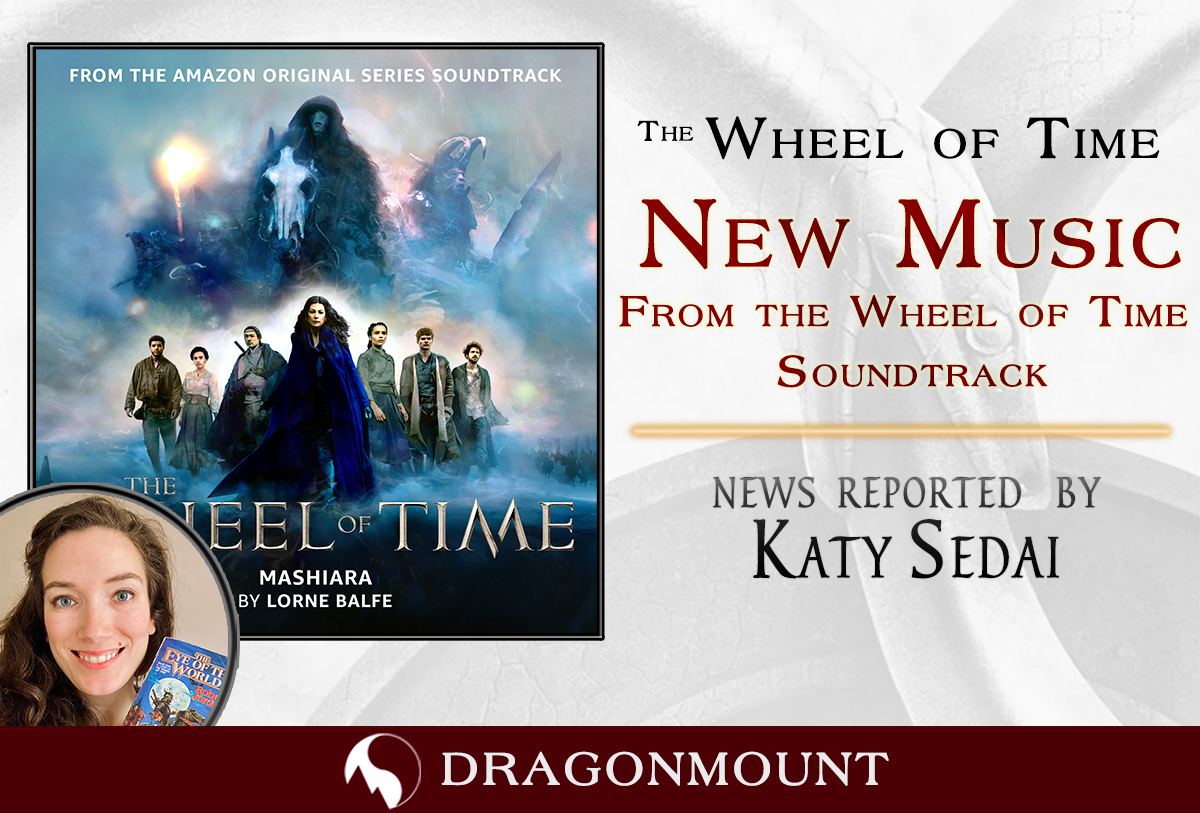 The first album for The Wheel of Time Soundtrack will be released on Friday, November 12th. The composer is Lorne Balfe, with production by 14th street music. The album is the first of four total albums with music from the series. The Wheel of Time: The First Turn (Amazon Original Series Soundtrack) will include music that sets the stage for the score heard in the TV series. The 14 songs are described as the principal or key themes based on characters and settings that are the building blocks used to create the music in the series. Composer Lorne Balfe says:

The universe of The Wheel of Time is truly unique. Inspired by oral traditions in storytelling, each theme's voices tell the story of the character, place, or idea in Old Tongue, a language unique to the universe of The Wheel of Time. The score to this series is a re-imagination of fantasy music, doing away with the genre's reliance on large, traditional orchestras in favor of more modern colors while retaining the strong melodies and bold harmonies that fans can expect from such an epic. It was my honor collaborating with showrunner Rafe Judkins along with our 14th Street Music team and musicians to share The First Turn album with you.

Along with the soundtrack announcement, two singles were released from the album including “Mashiara (Lost Love)”  and “Caisen'shar (Old Blood).” Along with “Al'Naito (The Flame)” all the songs have lyrics sung in the Old Tongue.

If you want to hear more about the music and the creative process, head over to YouTube and watch Lorne Balfe’s interview with the Matt Hatch of The Dusty Wheel YouTube show.

During the interview, Balfe explains that he wrote 18 themes for the TV series, all based on the characters and locations. The sounds we’ve heard so far can be tied to Aes Sedai (Al’Naito), Lan & Nynaeve (Mashiara), and the people of the Two Rivers (Caisen'shar). Balfe describes the lyrics of the songs as a narrative making the music for The Wheel of Time like an opera. The singers on the soundtrack are from around the world, and the music itself leans towards a global sound rather than a traditional fantasy sound.

“Words are so important to the show, and the heritage of the books, which is why we wanted to have that narrative” says Balfe while on The Dusty Wheel.

During The Dusty Wheel interview fans were also treated to a special listen of a new song inspired by the Whitecloaks theme, which was the basis for the music in the full trailer.

Lorne Balfe has also released the Old Tongue lyrics for two of the songs:

You ask …… we provide …. #WheelOfTime pic.twitter.com/jPn5A2op3l

The First Turn album will be released on Friday, November 12th, with a spatial audio version later in November, and vinyl editions expected in early 2022.  The Wheel of Time TV series will premiere on Amazon Prime Video on November 19th.

What do you think of this new music? Let us know in the comments and be sure to join the discussion on our forums.