Brandon Sanderson has read some early scripts and says there are some changes coming, but overall, things look great. 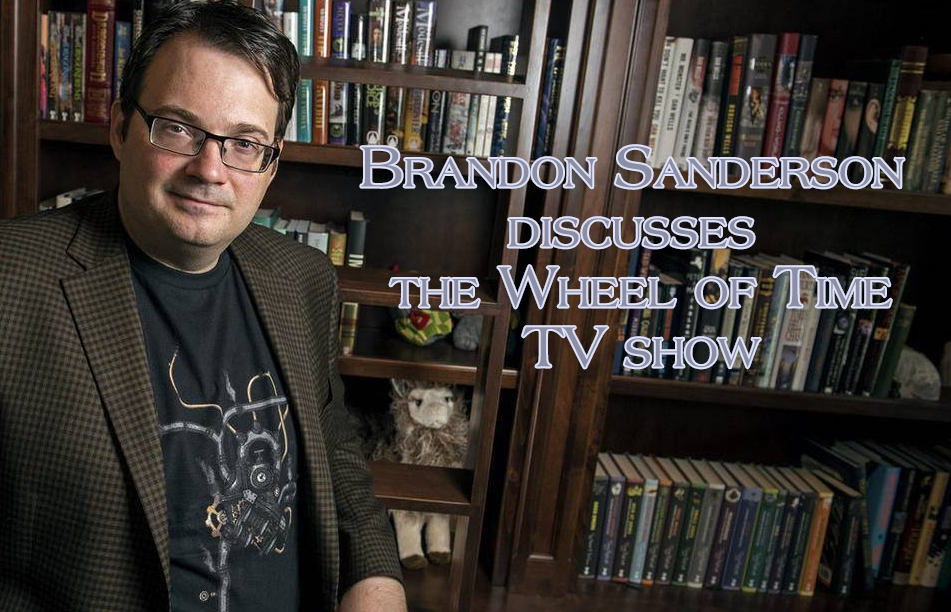 There's been considerable hype this past week after Brandon Sanderson made numerous comments on reddit about his opinions of the early Wheel of Time TV show scripts. Brandon indicated that what he's seen so far has bee "really good" overall, but he also explained that changes might be coming.

In the first of multiple reddit threads, Brandon explained:

"They [the writing team, led by show runner Rafe Judkins] went with some unexpected decisions, which I really liked though. ... I get to read the scripts and give feedback. I get to push the characters in the direction I want them to go. The first screenplay was really good."

We don't know what these "unexpected decisions" are; Brandon could not say because he's under NDA. Naturally, that hasn't stopped WoT fans from generating theories. There's been speculation for a while that the show will focus more heavily on Moiraine, perhaps elevating her role to equal, or even exceed, that of the main characters in the books. This hasn't been confirmed, and the rumor is largely based on Amazon's original press release annoucing the show which includes:

"The story follows Moiraine, a member of the shadowy and influential all-female organization called the ‘Aes Sedai' as she embarks on a dangerous, world-spanning journey with five young men and women."

Rand, Mat, Perrin, Egwene and Nynaeve are not mentioned by name in the show's official description, but that doesn't necessarily mean their roles or importance will be diminished. It's almost certain that they will be played by lesser-known actors, while it's more likely that the role of Moiraine will be given to a headline-grabbing actress. Her role may be elevated, but the extra attention given by the studio could always be part of the way they plan to market the show to audiences, not to mention to potential big-name actresses they want to cast.

Later in the comments of the original reddit thread, Brandon expanded his thoughts:

"I found the mast majority of these decisions to be excellent choices--things that will give the show its own soul, but still in line with the feel and tone of the books. I can't say for certain, but my instincts say the fanbase will in general respond to them positively. There are a few I offered suggestions on, and we'll see.

I can't say too much, not just because of NDAs, but also because the show is very much still in flux as Rafe makes decisions on how he wants things to go. As the alterations go, I'd say they fall in line with positive changes made in bringing LOTR to the big screen--things that were altered in order to make the films work for the medium.

Overall, the thing I'm most impressed with is Rafe himself, who really seems to be guiding this show with a balance between love for the source material and his own creative vision. I'd much rather get this, personally, than something like the first two Harry Potter films--which felt like someone trying to bring the books to the screen with exact scene-by-scene recreations.

I'm certain there will be polarizing decisions made by the team, but the changes are coming from a good place, and I really like most of them. And let me tell you, the first of the two scripts I read was sharp. Excellent dialogue, nuanced characters, great pacing. The second of the two was in a rougher shape, so while still good, obviously was still undergoing revisions."

Brandon has made similar comments at book signing events in recent months. Expect more comments, and more speculation from fans as the show quickly ramps up. And we agree with his comments about Rafe: his interactions with the fans have been friendly, knowledgable, confident, and engaging.

According to this Instagram account, Rafe recently moved to Prague, presumably to focus on producing the show there. Casting for the main characters is currently underway, with announcements expected in the near future.