Robert Jordan's signed copy of A Game of Thrones 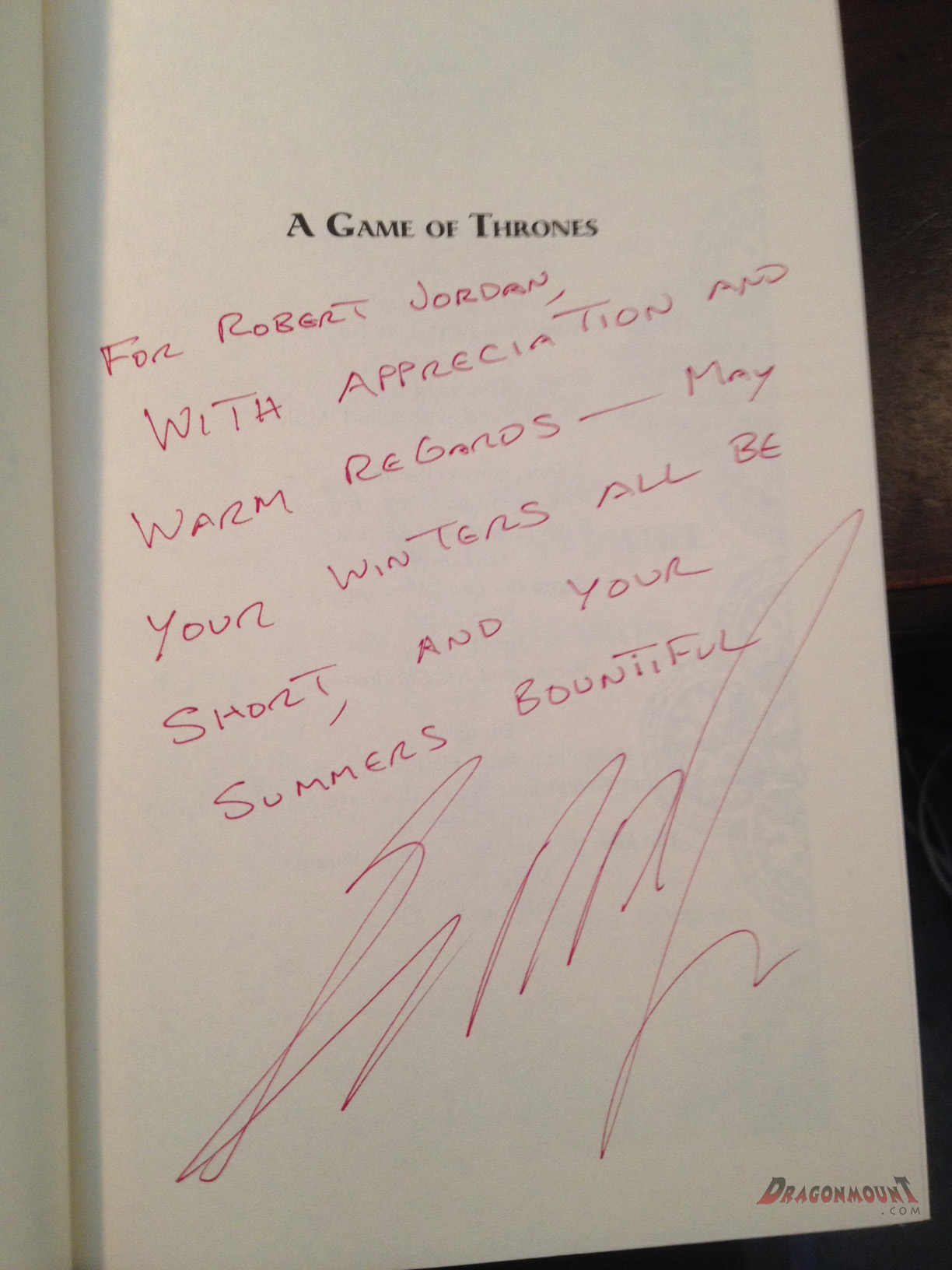 Back in 1997, before George R.R. Martin's fantasy series, A Song of Ice and Fire, had exploded into mainstream popularity, he had one very special fan:  Robert Jordan.

Jordan had read--A GAME OF THRONES, the first book in Martin's series--end enjoyed it a great deal. He wrote a letter to Martin's publisher requesting a signed copy.  Here's a copy of this letter, as obtained by Terez.

George Martin has been very open about his admiration and affection for Robert Jordan. In fact, Jordan went on to provide Martin with a quote that the publisher put on the cover of Martin's later books.

"Grabs hold and won't let go. It's brilliant." --Robert Jordan on A Game of Thrones.

Back in those years, Robert Jordan was a significantly bigger name in the fantasy genre than Martin, so his endorsement carried a lot of weight.

Just a few weeks after Jordan sent the letter above, George Martin sent Robert Jordan a signed copy of his book. The letter accompanying the book was dated March 27, 1997. Here's a look at the inscription and signature.

"For Robert Jordan, With appreciation and warm regards--May your winters all be short, and your summers bountiful." George R. R. Martin

Tell us what you think in the comments.

Special thanks to Maria from Team Jordan for providing the photo.