New "Servant of All" Tee from Ta'veren Tees 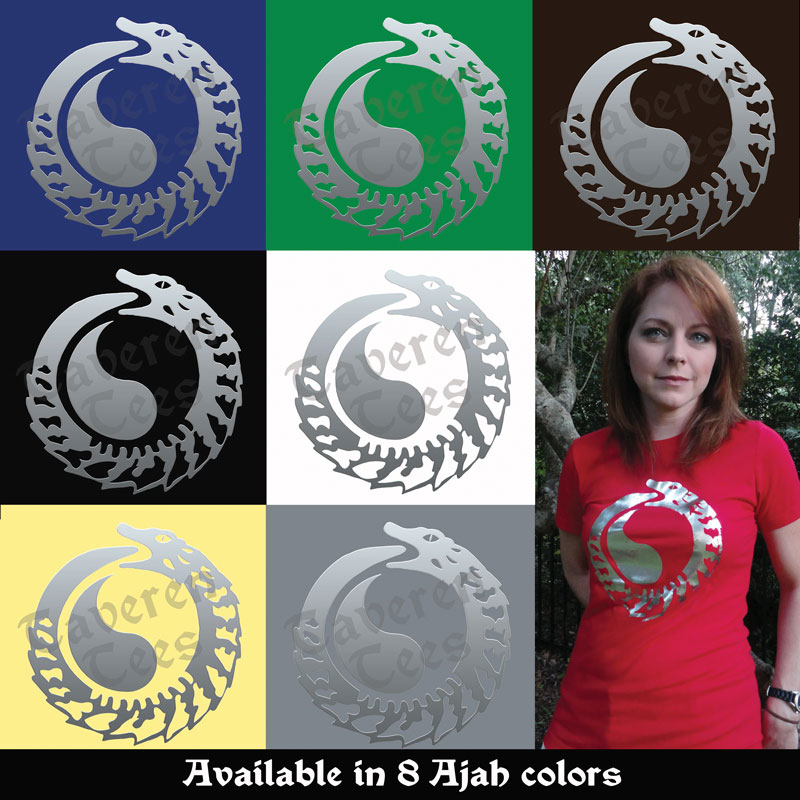 It's the shirt many of us have been waiting for--the new "Servant of All" shirt from Ta'veren Tees.  The shirt comes in every Ajah color, so you can proudly show your allegiance.  Read more in the press release below:

“SERVANT OF ALL” TEE AVAILABLE IN ALL AJAH COLORS; 10% OF PRE-ORDERS TO BENEFIT WAYGATE FOUNDATION

Ta’veren Tees is pleased to announce our new “Servant of All” shirt, now available for pre-order at www.TaverenTees.com/SoA. The ladies tee comes in all Ajah colors – including black* – and features the serpent and flame in metallic silver ink.

This shirt is available in sizes S-3XL. Pre-orders begin shipping September 28. All shirts purchased in the same order as the “Servant of All” tee will be held and shipped at the same time.

Ta’veren Tees is proud to partner with the newly founded Waygate Foundation. Now through September 28, 10% of pre-order sales of the “Servant of All” tees, as well as 10% of sales for “Asha’man” long-sleeve tees (www.TaverenTees.com/ashaman), will be donated to the Waygate Foundation.

Waygate Foundation is a charitable organization dedicated to bringing together authors and fans of science fiction and fantasy in global charitable efforts. Waygate works with authors to run fundraising drives and events for charities of their choice. To learn more about them visit www.Facebook.com/WaygateFoundation.

*Ta’veren Tees neither confirms nor denies the existence of a Black Ajah.

Ta’veren Tees is an officially licensed creator of Wheel of Time® merchandise. Find them online at www.TaverenTees.com, on Facebook at www.Facebook.com/taverentees, and on Twitter at www.Twitter.com/taverentees.