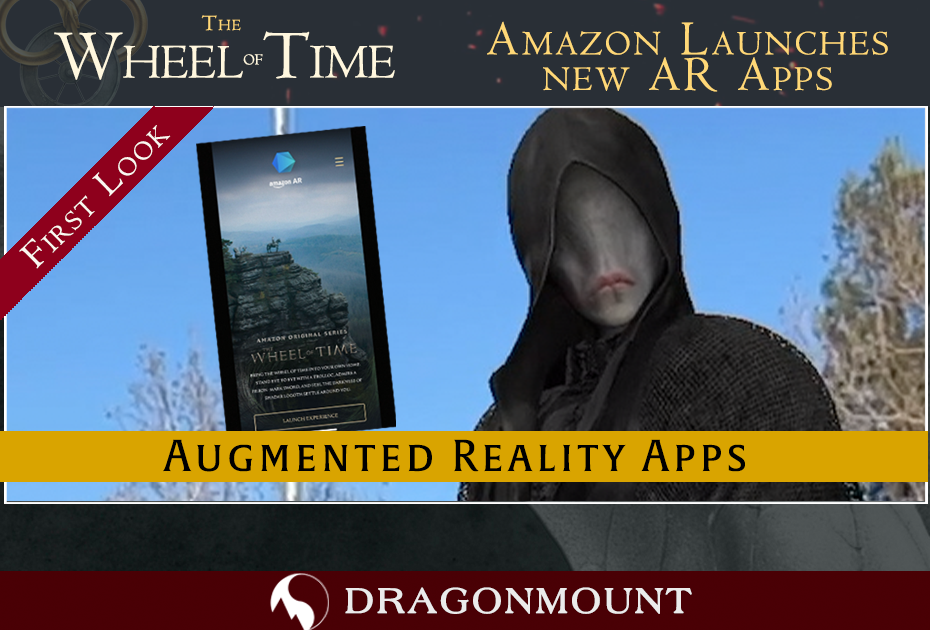 Amazon has released a new app for IOS and Android that brings The Wheel of Time TV show to life on your phone or other mobile devices. There are thirteen augmented reality experiences including creatures, artifacts, and locations from the TV show.

March 2022 update: Amazon has temporarily removed these apps from the App Stores. They're focusing on building new experiences for WoT and other shows. These Wheel of Time experiences are expected to return, probably as we get closer to Season 2.

For example, the interactive app places a Trolloc in your living room (don’t get too close or it might snarl at you). You can get a bird's eye view of Tar Valon in your kitchen, or explore the ruins of Shadar Logoth in your basement. You also can learn about weapons and jewelry from the TV show.

Head over to Dragonmount’s YouTube channel to learn more.

Ready to try it? Get started with the iOS app or the Android app and then let us know in the comments or on our forums below what fun things you found!