WoT If... the Aiel Join the Tinkers? 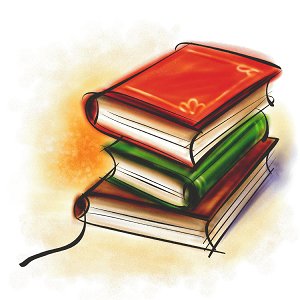 Welcome back to another edition of "WoT If?", Dragonmount's weekly theory blog.  For this week, I want to look at the Aiel and how they might be repurposed after the Last Battle.  And as always:

When Rand holds the meeting at Merrilor, the Aiel were intended to be left out from the demands.  Since they followed him from the beginning, he wanted to show them he trusted them not to cause problems after the Last Battle.  Through Aviendha's second trip through the glass-column ter'angreal, we see this decision would have left the Aiel to a terrible fate.

Luckily, after Aviendha demands her boon from Rand—to be included in the Dragon's Peace—Perrin is able to come up with an idea to give the Aiel purpose on this side of the Spine of the World.

[Rand said,] "…the Aiel—all but the Shaido—are to be written into the document as enforcers of the peace and mediators of disputes between nations. Any nation may call upon them if they feel abused, and the Aiel—not enemy armies—will provide redress. They can hunt criminals across national borders. They are to be subject to the laws of the nations in which they reside at the time, but they are not subjects of that nation."

But with the repurposing, what else will change for the Aiel?  Where will their "home base" be?  How will they interact with one another?  How will they continue to grow as a People?

For the question about their home, I bet the Clans will distribute "home turfs" amongst themselves.  With eleven Clans, and fourteen nations (or seventeen, if you count the city-states and the now-blooming Malkier), it shouldn't be too hard to divide up the land.  However, they could also decide to be travelers, like the Tinkers, never in the same place twice.  This choice would let them be a little more free from the influences of the nations.  Perhaps they could even band back together with the Tinkers.  While the battle is raging, Raen, a Seeker of the Tuatha'an, begins to wonder about condemning violence.

"I am not going to abandon the Way, Ila. It is my path, and it is right for me. Perhaps … perhaps I will not think quite so poorly of those who follow another path. If we live through these times, we will do so at the bequest of those who died on this battlefield, whether we wish to accept their sacrifice or not."

With this knowledge, the Tinkers and the Aiel could rejoin, become one people again, but with two different branches.  If that happened, the Aiel who gave into the bleakness could come back to the Clans, and join the Tinker section, devoting their life to the Way of the Leaf to meet their toh.

As for how they would treat each other, their constant feuds with one another would need to end.  As the Clan Chiefs have spent so much time with each other since The Shadow Rising, I don't see this being as big a problem as they think.  In fact, Rhuarc actually says he will put blood feuds aside: "I have buried blood feuds for you, Rand al’Thor. I would not take them up again. I have friends now that I would rather not kill" (A Memory of Light, Chapter 6, "A Knack").

I don't think the Chiefs will disappear.  The Aiel need a structured hierarchy to follow.  But Societies might change, or morph, to encompass more attributes.  Maybe Clans become less important, and members can travel more as members of Societies—like they did in Rhuidean.  Maidens can be sent, regardless of Clan, to chase down bandits from Andor.  The Stone Dogs can patrol the Borderlands; the Seia Doon can protect the border with Seanchan.  They would be less likely to attack members of other Clans if they separated like this.

Maybe, they would eventually have Society Chiefs, instead of Clan Chiefs.  And the Maidens could have the first female Chief.

What about growing?  I see plenty of ways this will happen.  First off, is the new visions brought by the glass-column ter'angreal.  It isn't clear if the vision is different the first time, or not.  If it requires a second time, I think the Wise Ones—perhaps even the Clan Chiefs—will insist candidates go through a second time.  This testing is very important to them as a People.

With their firm belief in ji'e'toh, the Aiel need something to keep them humble, to keep them working, to keep them focused.  We saw when Aviendha went through the ter'angreal the first time that it was not a challenge for her.  It was nothing new, so it was not a test.  The Wise Ones and the Chiefs need to be the strongest of the strong.  If anyone who went through could survive—as everyone now knows their ancient past—the Chiefs are nothing special.  They need to wheedle out those who would crack under the pressure.  The second trip nearly shattered Aviendha, which shows it was an adequate test of her character.

Another thing they need to do is conquer the wetlands.  Not in the way of kings and dictators, but in the lands.  Any Aiel above the age of five can survive on their own in the Waste.  How many would be able to survive in the wetlands?  It's a different climate, a different terrain, different flora and fauna, different animal life.  Aviendha thinks about this as she arrives at Merrilor:

Chapter 2, "The Choice of an Ajah"

She needed to know more; would the spears be danced tonight? Perhaps Elayne would share news with her. Aviendha moved silently out of the Aes Sedai camp. Stepping softly in these wet lands, with their lush plants, presented different challenges than the Three-fold Land did. There, the dry ground was often dusty, which could muffle footsteps. Here, a dry twig could inexplicably be buried beneath wet grass.

The Wetlands are a different challenge.  It's something else for the Aiel to work towards, to master.

I would love to have a story thirty or forty years from the current time, just to see how the Aiel have grown.  They have such an interesting culture, and it would be awesome to see them thrive in a new situation, instead of being beaten and surrendering to their life in the Three-Fold Land.

That's all for today.  Next week, we'll look at the walking dead and possible reasons they were returning.  Thanks for reading!