The Eye of the World Reread: Part One, Introduction and Prologue 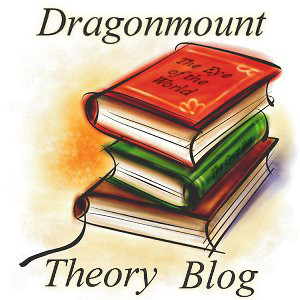 A LITTLE ABOUT ME

My name is Matthew, and I am a writer, artist, and game developer from Arizona. I am beyond thrilled and honored to be writing this at the moment, and it still has yet to sink in. Never will I forget picking up what would soon become my tattered copy of The Eye of the World, dust jacket abused and spine shot to hell, and finished it within the week. I was absolutely enchanted. J.R.R.Tolkien’s The Hobbit was the first actual book I had read (followed by The Lord of the Rings) and this book by Robert Jordan perfectly paid just the right level of homage to both. I was hooked by the believable characters and the amazing places and the incredible story that wove everything together.

Now, close to twelve years later, I find myself on the site I’ve been reading for years, writing a reread for the series that defined who I was as a writer and is second only to Tolkien’s work in giving me this unhealthy love for fantasy. This is definitely incredible.

This is NOT one of those chapter summaries rife with spoilers. This is NOT a blow by blow synopsis detailing every aspect of symbolism and psycho-analysis into the characters as a whole in reflection to their growth over the rest of the series.

This IS a spoiler-free reread of The Wheel of Time series. Every week we will cover a number of chapters and present them in a manner friendly to new readers as well as those rereading the series. If you have finished the series and are looking for in depth analysis and cross-referenced bookkeeping, this might not be the blog for you. If you are trying to catch up to a certain point or where you last left off in the series, are looking for a refresher, or are reading along as you read each chapter, this might just be the place for you, especially if you haven't finished the series and don't want spoilers sneaking in under the radar.

Each post will start with THE BASICS, which is a quick and easy summary of the events in the chapter. After that, we will break down all of the important events in the chapter in WHAT HAPPENS. Following that section, THE BREAKDOWN will include a type of glossary and reference to all major terms, places, and characters in the chapter, presented in an informational but yet hopefully spoiler-free manner. Finally, I will close each post with a COMMENTS section, where I will talk about my thoughts of each chapter after I read it.

I hope that you enjoy what I am doing here as much as I do writing it. Here goes nothing....

Lews Therin Telamon, discovers that he killed his wife and everyone close to him when he is visited by an old adversary, Elan Morin Tedroni, before ending his life in a world-changing display of power.

Things aren’t looking great. We find ourselves in Prologue: Dragonmount at a location known only as a palace. It assumedly belongs to Lews Therin Telamon, the man wandering the halls of the palace confused and completely out of it. Carnage has laid waste to the once-beautiful imagery around him, leaving furniture, wall tapestries, and people cut down to their final rest all the same. Lews has no idea that Ilyena, his wife, is laying lifeless on the ground nearby, even though he continues looking for her in his confusion.

In all of the disarray, a new character blinks into existence. Elan Morin Tedronai steps out of thin air and begins to taunt Lews Therin, apparently there to kill him but is a little put off that Lews doesn’t remember who he is. Over the course of this conversation, Lews wanders seemly aimless while looking for his wife and making small talk with Elan Morin, hardly acknowledging anything the other man says. Elan Morin, however, goes into detail about Lews Therin’s past, insinuating that they are enemies.

Elan Morin is known as the Betrayer of Hope, something that Lews Therin barely remembers and then pushes out of mind. Lews Therin is referred to as Lord of the Morning, and moreover, he is the Dragon. Elan Morin goes into a list of accomplishments under Lews Therin’s belt, including having stood among the Servants, worn the Ring of Tamyrlin, sat on the High Seat, summoned the Nine Rods of Dominion, humbled Elan Morin in the Hall of Servants and then defeated him at the Gates of Paaran Disen. Most of these don’t mean anything to us right now, and serve only to shed some light on how powerful Lews Therin was at his pinnacle. Elan Morin also says that after today Lews Therin will be known as Kinslayer, but gets no response from the other man.

Angered that Lews Therin still has no idea what is going on, Elan Morin uses the True Power (not to be confused with the True Source) to Heal him and give back some of his sanity. It is then when Lews Therin realizes what has happened to his wife, his children, family, servants, friends, companions.... Elan Morin wastes no time pointing out that Great Lord of the Dark can bring Ilyena back, if only he bend the knee and serve his master. Lews Therin threatens Elan Morin in a fit of rage but is reminded that all of this was Lews Therin’s fault, something that silences him momentarily.

After processing everything, Lews Therin uses the One Power to Travel, disappearing from the palace and appearing somewhere in another place where the land is flat and empty save for a river. All he can see in his tears is his wife and family. He screams to the sky, asking the Light for forgiveness. Lews Therin pulls on the One Power more deeply than he ever had, pulling enough to kill him a thousand times over, and brings destruction down on himself. In his place, the earth shakes and cracks and a single mountain rises, and the river is bent outward and left with an island in the middle of its flow.

Elan Morin blinks into existence on that island, taking note of everything that had just happened. Angrily, he says aloud that the Dragon cannot escape so easily and that their conflict is not over and will not be until the end of time. He then disappears.

We are left with the mountain and the island.

The Basics - The Wheel of Time. The True Source, the One Power, The True Power. Saidin and saidar. Aes Sedai.

The Wheel of Time is the namesake of the entire series and the definitive embodiment of time itself. The True Source, in turn, is the universe's driving force and what the Creator made to turn the Wheel of Time. It is divided into two parts; saidin, the male half, and saidar, the female half. These halves are utilized by those called Aes Sedai, who channel their respective half, called the One Power, to produce a desired effect. Saidin was tainted by the Dark One, causing all male users of the One Power to eventually go insane. In the prologue alone, different methods, or Talents, of using the One Power such as the Healing and Traveling are mentioned. However, there is another power, referred to as the True Power (not to be confused with the True Source), which is the Dark One's version of the True Source, and is available to any channelers who the Dark One allows to wield it. Unlike the True Source, the True Power is not divided into two gender-specific pieces, but instead is wholly accessible by any person who has permission. In layman's terms, the True Source and by extension the One Power are derived from the Creator, while the True Power is derived from the Dark One. More on this later in the series when it becomes more important.

"The One Power comes from the True Source, the driving force of creation, the force the Creator made to turn the Wheel of Time. Saidin, the male half of the True Source, and saidar, the female half, work against each other, and at the same time together to provide that force. Saidin is fouled by the touch of the Dark One, like water with a thin slick of rancid oil floating on top. The water is still pure, but it cannot be touched without touching the foulness. Only saidar is still safe to be used... The True Source cannot be used up, any more than the river can be used up by the wheel of the mill. The Source is the river; the Aes Sedai, the waterwheel."

The Eye of the World, Chapter 12, "Across the Taren"

Lews Therin Telamon is the Dragon and husband of Ilyena Sunhair. His other names include Lord of the Morning, as well as Kinslayer. He is dazed because the taint on saidin is driving him mad, something that Elan Morin Tedroni Heals him of partially. Before the events in the prologue, Lews Therin was a great leader who led a group of followers called The Hundred Companions against the Dark One, leading to the eventual taint on saidin.

The Mountain and the Island - Dragonmount. Tar Valon.

What you will soon find out is that the mountain raised on the spot of Lews Therin's death is what has become known as Dragonmount. In its shadow on the island, amidst the River Erinin, is where Tar Valon was built, the modern capital and center of Aes Sedai power.

Honestly, this is one of my favorite chapters in all of the series. It is iconic, the imagery is breathtaking, and the subject is almost haunting. Lews Therin Telamon, an incredibly successful leader of his era, comes to the realization that he has gone mad and that he has accidentally killed everyone important to him. While not necessarily emotion-evoking to every reader, I doubt that you can fully comprehend the gravity of this without at least acknowledging the genuine sorrow elicited through this revelation.

While there is definitely more to every story, regardless of whether Lews Therin's actions were actually accidental or not, or even entirely his fault or not, the grave situation at hand is still bleak at best, and Elan Morin is still a horrible bastard.