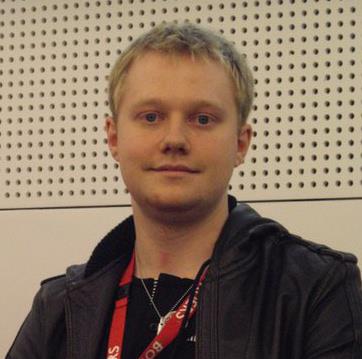 This week, I've had the pleasure of interviewing another one of the administrators here on Dragonmount. I think he has something to do with the Wheel of Time forums, but hey, we'll all know soon enough! He's one of those who will make you fear for your fingers if he has an opposing opinion from yours in a discussion, since he's that passionate about it all. Without much further ado, I give to you: Luckers!

Q: Who are you and what do you do on Dragonmount?

But yeah, essentially, if it has the Wheel of Time stamp on it, I've had some part of it (even if occasionally it's just Jason and Jenn Liang giving me a heads up that something is coming when the secrecy goes beyond my paygrade.)

Q: How did you get involved on Dragonmount?

A: Umm. I just got picked up as a staff member on Debates and Discussions. Dunno why they decided to make me an offer (I was very young at the time). Then when I lost some of my interest in Debates and Discussions, I quit and offered to take on WoT modding. From there, one day I just decided to develop my own FAQ, and emailed Jenn and Jason saying that I was going to, and they were fine with it. Much the same with the Big Unnoticed Thing Theory Compilation. Somewhere in all this, Jason must have been impressed because then they made the offer for Wheel of Time Admin.

But yeah, it's mostly just a matter of putting yourself out there. If you have ideas, say them.

Q: When and why did you join Dragonmount?

A: I had just turned fourteen, so it would have been late 2002, early 2003. As I recall, it was the Dragonmount Prologue movie that Jason was developing at the time that attracted me here. I stayed for all the cool, insane people.

Q: What got you to read The Wheel of Time?

A: I was given The Eye of the World and A Game of Thrones for my twelfth birthday (I'd just gotten into fantasy through the Belgariad, which is a great gateway fantasy series for the young). I started A Game of Thrones first and found it too confronting (and to be fair to my Mum she had told the clerk at the bookstore to suggest books for her twelve-year-old, so it was all on him). Anyway, I started EotW, and was hooked by the Manetheren story. I've never looked back.

Q: Who is your favorite character?

A: Look, Brandon will roll his eyes at me if he reads this, but Cadsuane. I mean, she gets a bad rep, but when push comes to shove she has always had Rand's back.

Q: If you could be in the skin of one character for a day, who would it be?

Q: How do you earn your crust in Real Life?

A: I'm a writer, though I don't really get much money from that. My day job is at a photolab--and yes, we do see dodgy photos.

A: Well, I'm gay, so it's currently illegal where I am to be married. One day, if decency prevails.

Q: Do you think Brandon Sanderson has done the series justice so far?

A: Yes and no. I think he has done a very good job with some things, and a not so good job with other things. I've been very open with him about both sides, and in response, he has been quite open about some of what he perceives to be his successes and failures. A lot, I suspect, will depend on A Memory of Light, but for now...yes and no.

Q: How do you feel about the last book finally coming out?

A: I've no idea. It changes from day to day. "Bittersweet" would probably be the closest word I can think of for how I feel...

Q: Favorite nation? And why?

A: The Aiel. Uncompromising honor guided by keen wisdom--they are the most decent people in the series.

Q: If you could choose between going to Randland and any other fantasy world, which would you choose and why?

A: Randland, easy. In part, this is why I love the Wheel of Time so much, because its world is so immersive, so vast, that you literally feel like you could step into it.

Besides, with my knowledge of the Wheel, I reckon I could make a decent attempt at conquering the world. *evil grin*

A: I actually fenced for about seven years, so definitely the sword.

Q: Your Wheel of Time crush?

A: Mat. I'd love to take him clubbing in the modern world.