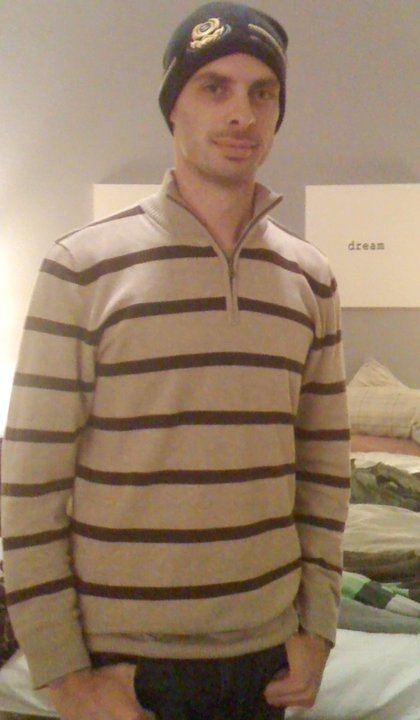 So, I finally got myself a victim to interview again. To be honest, Jason Denzel turned out to be quite different from what I imagined. I thought he'd be aloof and cold, but he is so friendly and open with a great sense of humor. Other than sharing that experience, I say, read the interview and make up your own mind about him.

Q: What do you do in Real Life to earn your crust?

A: I have a full-time job with Cisco Systems located in San Jose, CA. I work in escalation support for one of their enterprise server products. This basically means I work with broken web servers every day...something I'm very familiar with due to Dragonmount's notorious server history. (sigh) I've been doing this job for about 10 years now, and enjoy it a lot. What's nice about it is that I've learned to find a very healthy balance with that work which allows me to do things like filmmaking and Dragonmount in the evenings and weekends.

Q: You have a wife and two children, right? Why did your wife not let you call one Rand?

A: Heh. Yes, I have two little boys, Aidan and Andrew, ages 6 and 3, respectively. They both have red hair from their mother's side. My wife Jennifer (not Jennifer Liang, as others have wondered before) told me outright that I could not name our kids Rand, Perrin, Egwene, Nynaeve, Luke, Leia, etc. And she wouldn't allow the name "Mat" with only one "t". I don't know why she didn't like those names. They're awesome. She hasn't read the books, so that must be why. ;-)

I was, however, allowed to name our dog after a character....but only if it was the dog's middle name. So, our dog's full name is Lucy Min Denzel.

Q: Have you started your children on the Wheel of Time, or if they are too young still, will you once they are old enough?

A: They're still too young. When they get older I don't want to force it down their throats. But I suspect that they'll have an interest. Before he died, Robert Jordan even signed one of his advanced reading copies to Aidan, my older son.

Q: What inspired you to start Dragonmount, and what can you tell us about its beginnings?

A: The original idea for Dragonmount came about in 1998 when I was looking to talk to somebody about the books. I was away at college and really wanted to discuss theories and other aspects of the story with somebody. I looked around online but was unable to find a community that was very welcoming to newbies. So instead of giving up or forcing my way in, I decided to create my own. The original DM was pretty ugly, but I tried to create a warm atmosphere for people to enjoy.

Another fun tidbit about the early site was that I used to play in a lot of online gaming clans. So, the idea for the "Organizations" (now called Social Groups) came from the concept of clans. I hoped that the Orgs would compete and have fun in different sorts of friendly competitions. That exists today, but they really took on a life of their own.

Q: In what other ways have you been/are you involved in the Wheel of Time fan community?

A: You mean other than LAUNCHING the largest fan community? Heh.

In truth, I am involved in just about anything that has to do with the Wheel of Time. I've been to all the big conventions which feature the Wheel of Time. I was the Toastmaster for the 1st JordanCon in 2009, and I've been to Dragon*Con twice. I'm actively working and advising the film producers for the Eye of the World movie adaptation. There's SO MUCH going on there but I simply cannot talk about it....yet. The producers are very interested in what the fans think and want, and they largely look to me for that input and expertise.

I talk to Brandon Sanderson on a regular basis about his progress on A Memory of Light, and sometimes look up obscure facts for him if Team Jordan is currently unavailable. (For instance, if he's writing at 2 AM, he knows he can send me a text message and ask for a page reference regarding Jak of the Shadows and I usually get back to him pretty quickly). Again, I can't say much about some of my contributions, but I'm proud of the fact that some small slivers of the Wheel of Time saga came in part from me.

I give advice to Tor's art department on all the book covers, including the ebooks that came out last year. I've also worked with their editors and executives on discussing the book and how to market certain aspects of it.

Along with Jenn Liang, we came up with the idea for the Storm Leaders and Tower Guards, and run those programs in conjunction with Tor. From what I understand, no other publisher has given fans an opportunity like that before.

Q: How has the Wheel of Time influenced your life?

A: That's a big question. Not a day goes by when I'm not working on the website, managing relationships with Tor, or Audible, or Amazon, or the Podcast team, taking orders from our online store, or just answering emails from fans. The Wheel of Time has challenged me to learn new skills, and improve my existing ones. Because of the Wheel of Time, I don't simply have a day job at a tech company. I have a side "hobby" which has allowed me to travel the country, make presentations to influential New York executives, create compelling films, and sit next to well-known authors at book signings.

And, of course, I've met a ton of amazing people, including some of my dearest friends.

Picking up that old copy of The Eye of the World was one of the smartest things I ever did.

Q: Do you have any Wheel of Time related fan articles that you are proud to have, be it a tattoo or a special something from the Man himself?

A: I own a ridiculous amount of WoT-related collectibles. I own signed 1st edition hardcovers for every book, all personalized by Robert Jordan, Harriet, and/or Brandon. I have an original manuscript page from The Eye of the World with Harriet's hand-written editorial notes on it. This page is framed and kept next to an original manuscript page from The Gathering Storm that Harriet also made comments on. The page from The Eye of the World shows Rand meeting Ba'alzamon for the first time in the dark palace with the fireplace. The page from The Gathering Storm shows Rand meeting Moridin in the same location. The tone of the scenes is the same, and most interestingly, the editorial comments from Harriet are the same! Both Robert Jordan and Brandon used the same language, and Harriet corrected them both in the same way. You can read more about this framed piece on my personal website.

Q: What would you tell a new (or even slightly older) member who finds you up beyond their reach? I mean, you seem like a very down to earth person, and I can imagine how having people who look up to you all the time and might even find you a bit scary could prove to be strenuous.

A: Just email me. I'm really not a scary guy. Actually, I'm probably "too nice". I love hearing from people. Even if you don't have a question but just want to say hi, feel free to drop me a line: Jason@dragonmount.com. I'm also on Facebook and Twitter (@jasondenzel).

Q: If you were a Warder in the Tower, which Aes Sedai would you bond?

A: I'd weave a bond around the Amyrlin.

Q: Anything else you would like to tell the visitors on Dragonmount?

A: THANK YOU! Every single person who visits Dragonmount demonstrates how my efforts are worth it. I've put so many hours of my life into this website, and to the franchise in general, that it's impossible to track. Just knowing that people enjoy it and benefit from it makes a huge difference to me. It's why I keep doing it.

I'd also like to encourage people to check out my personal site, JasonDenzel.com, along with my Facebook or Twitter (@jasondenzel) accounts. As WoT winds down, I'm finding myself more and more involved in developing my own fictional worlds and stories. I'm hoping to maybe one day publish a novel, and I certainly plan to release more fantasy-themed films.