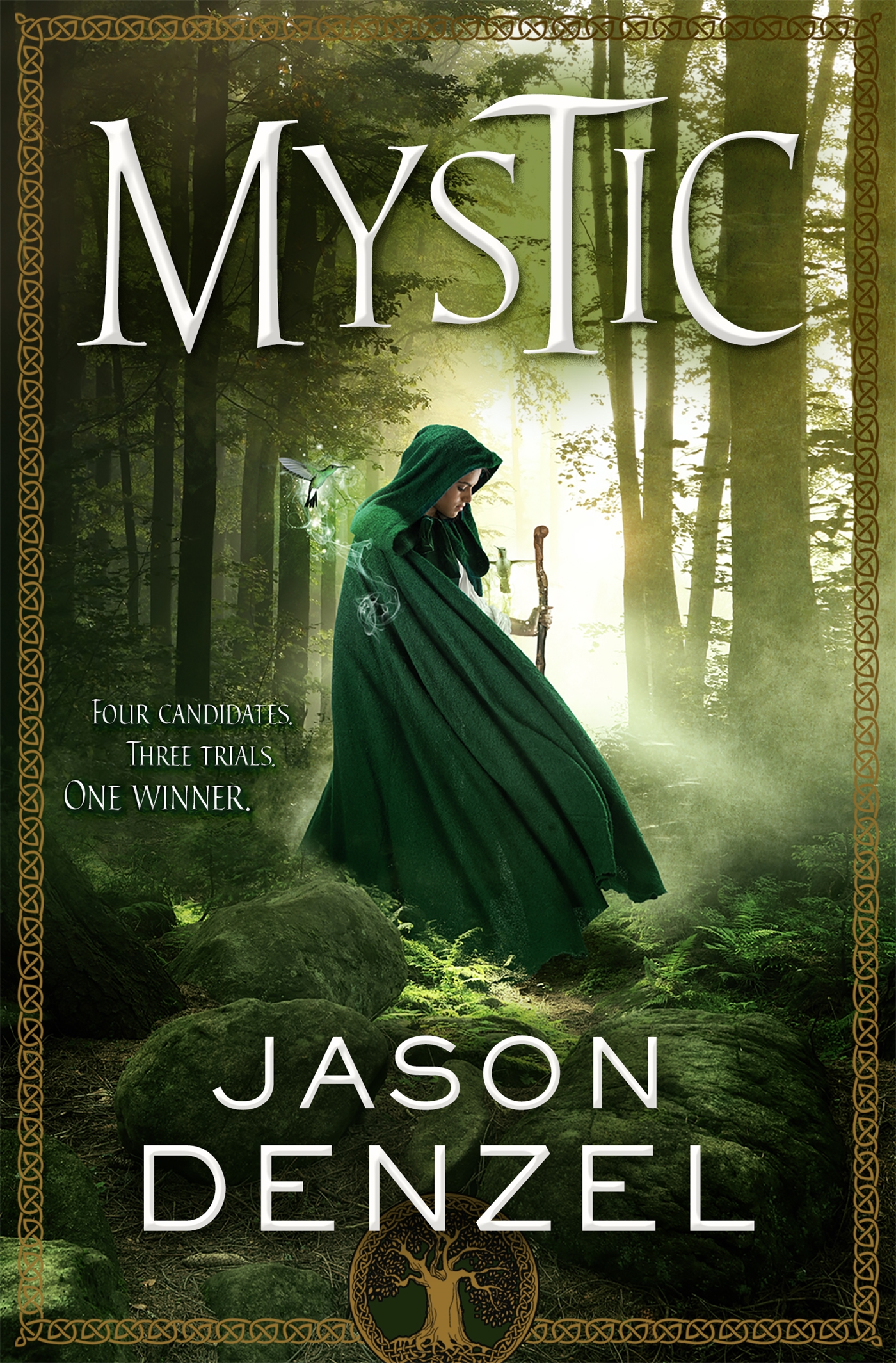 Today's Fantasy Review is something I'm very excited about.  It will cover the debut novel of Dragonmount's creator and webmaster, Jason Denzel!  His novel, Mystic, will be released November 3rd, and I was privileged enough to get an advanced copy.

Pomella is a sixteen-year-old girl who lives in the small town of Oakspring.  She's the only one in the village who can see silver animals that live in the Mystwood forest beside their home.  During the Springrise festival, a creature of legend appears and summons Pomella to be a candidate for the apprenticeship of Yarina, the High Mystic of the island.  To do so would put her at odds with Lady Elona, the daughter of the island's ruling Baron.  To decline would be turning her back on everything she'd desired.  As a commoner, both paths are equally dangerous.

This story felt incredibly detailed.  The world building presented was wonderfully done, complete with a distinct dialect spoken (and thought) by the main characters.  They throw in words from within their world without a thought to clarify; the reader learns through context.  This brings the world to life, and made Pomella and Sim (the other point-of-view character) so much more relatable.  Normal people don't think about the meanings of words we use every day.  Even the characters from other parts of the world have different ways of speaking.  This adds texture and richness to their world.

The Myst is also an interesting idea.  It seems to be an intelligent entity, deciding how it manifests its powers and whom to bestow it on.  Each practitioner summons the Myst through different ways, using their unique talent and passion to urge the Myst into doing as they ask.  I like this as a magic system because it's somewhat unreliable.  It does as it wants, as it sees fit, without regard to a person's power or potential.  As the series continues, I think the Myst has some sort of scheme.

The ending of this book really surprised me.  Sometimes we can anticipate the conclusion of novels—especially within the fantasy genre; the good guys win and the bad guys lose.  However, with Mystic, the happy ending came about in a way I didn't suspect.  It opened up a whole new set of exciting possibilities as the series continues.

There were very little cons in this story.  I enjoyed it from start to finish.  The one thing that threw me off was the very beginning of the book.  We are introduced to Pomella as she's yelling with her father about her attitude.  To me, she read as a young child, no more than six, so it was a bit startling to find out she was sixteen later in the chapter.  But, since her age is revealed quite quickly, it didn't feel disjointed for long.

This tale was all-around enjoyable.  There was almost constant forward momentum with the plot, with little dealing with flashbacks or explanations.  Context guided the reader's understanding of the world and culture within.  It was nearly flawless in this aspect.  There was also a ton of action.  As soon as Pomella was summoned, her path contained obstacle after obstacle; she, and those around her, struggled through the whole thing.  This made the pace fast.  I read through it in two sittings because it flowed so well in that regard.

Though it contained some of the usual fantasy tropes, there were also qualities all its own.  A good blend of familiar and new.

You can preorder Jason's book from the Dragonmount eBook store.  Be sure to also check the list of tour dates and locations to see if Jason will be in your area!