Patterns of the Wheel: A Wheel of Time Coloring Book 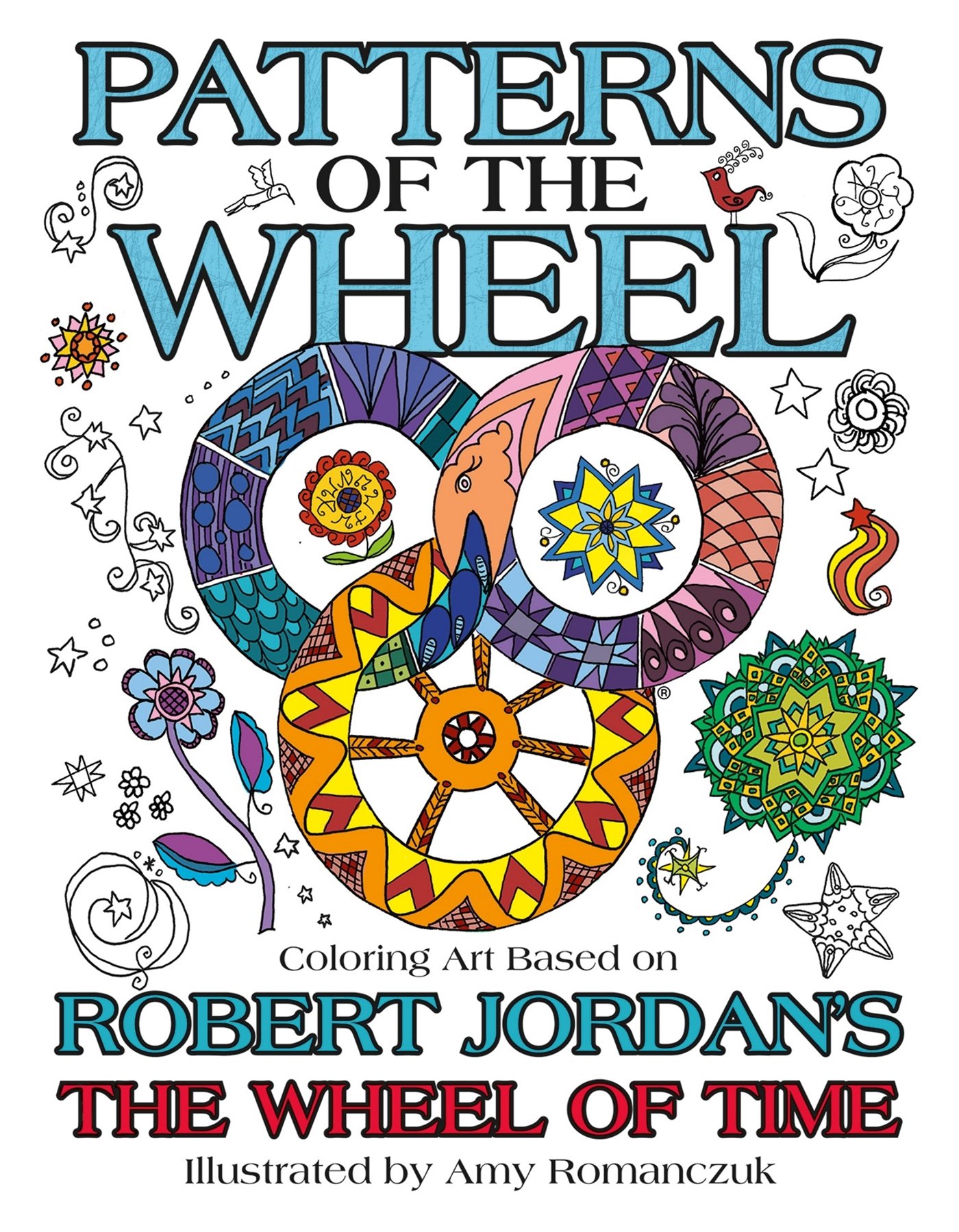 Exciting news!  The first official Wheel of Time coloring book, Patterns of the Wheel, is set to be released on October 25, 2016.  The volume is illustrated by Amy Romanczuk—the wife of Team Jordan’s Alan Romanczuk.  Here are the details from Tor Books!

Let the Dragon be drawn again on the winds of time.

Since its debut in 1990, The Wheel of Time ® by Robert Jordan has captivated millions of readers around the globe with its scope, originality, and compelling characters. Over the course of fifteen books and millions of words, the world that Jordan created grew in depth and complexity.

Now for the very first time, fans can explore one of epic fantasy's most beloved worlds through the relaxing activity of coloring. Patterns of the Wheel is an adult coloring book suitable for all ages featuring original art inspired by The Wheel of Time. Designed by officially-licensed Wheel of Time artist Amy Romanczuk, Patterns of the Wheel features 40 drawings inspired by pysanky, a traditional Ukrainian folk art, including freeform designs depicting familiar themes and scenes from the series, spoked wheel/mandalas, known symbols and magical items, stylistic renderings of Old Tongue script, and much more.

Each piece features a relevant Wheel of Time quote and is printed on high-quality paper, perfect for framing. Also included is a chart to identify some of the most common pysanky symbols/meanings used in the drawings.

Mrs. Romanczuk had a first edition of this book at JordanCon 8 earlier this year, however Tor Book’s official version has an additional twenty images, a black and white map of Randland, and quotes from the series that correspond with each picture!

The book is now available for preorder.  You can find it on Amazon, here, or from Barnes & Noble, here.

Dragonmount is very pleased to be able to give away one free copy of Patterns of the Wheel to a reader!  If you would like to be entered into a drawing to receive the copy, comment below.  One winner will be selected on October 25, 2016!  You have from now until then to comment for a chance to win!  Unfortunately, only residents of the United States and Canada are eligible for this giveaway.

You can find more of Mrs. Romanczuk’s work on her website.