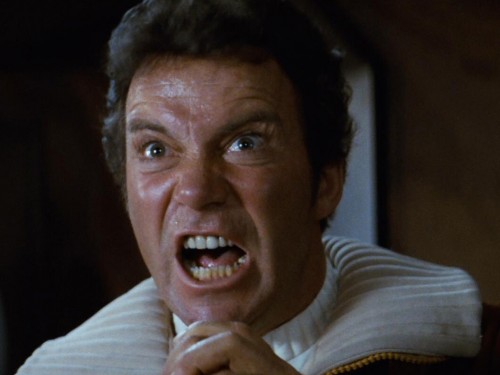 This year's JordanCon installment - Car'a'Con - wrapped on Sunday, to the mingled delight and dismay of the attendees. Dismay, of course, because a great weekend had ended. And delight because, once again, JordanCon had fully delivered on its promise and premise, wrapping con-goers in the welcoming and non-judgmental embrace of a fully geeked-out Wheel of Time communal experience. From the informative and lively Writer's Track sessions with published authors and publishing insiders to The Last Ever WoT Theory Panel, JordanCon 2012 was a true home run. I can't do the entire con justice, but for what it's worth, here are my top reactions to my first-ever con experience.

I've always viewed myself as a major WoT fan, and a fairly knowledgeable one. It took one of the con's opening sessions - the Daes Dae'mar trivia game - to rid me of that illusion.

With great fanfare, the con attendees who chose to take part in the trivia contest were divided into teams and told to choose team names, ready to do battle in a WoT Trivia Agni Kai (I'm an Avatar nut too. Deal with it). In this corner, Terez and the Tamyrlin's Know it Alls. Across the room, the Defenders of the Stone - a trivia group so serious that one member was Skyping in. One group called itself the Aelfinn, and had Maria sitting in with them. Another group was the Eelfinn. Corruption. And us - the dramatically named No Costume Is a Costume. (The name would make more sense if you read the fine print on the JordanCon program guides.)

I knew we were in trouble from the start - our team of five included two girlfriends who had never read any of the books - but I didn't quite realize how much trouble until the questions started rolling in. What is the Old Tongue name Moghedien used for Shaidar Haran? (Mia'cova). What is Gaidal Cain's weapon (I still say "Birgitte" is a better answer than "two swords"). Who was Rogosh Eagle-Eye's love? (Dunsinin). Even Terez' team got some of the questions wrong. No Costume? We were just glad to end the game with positive points.

So, uh, no, we didn't win. And I realized I know only slightly more WoT trivia than my hasn't-read-the-books girlfriend. So, congratulations, JordanCon - you just got me to do a reread in advance of A Memory of Light. Something to be proud of.

2) Meeting Online Friends in Person is Awesome...If They Recognize You

One of the primary attractions to JordanCon, for me, was the chance to finally meet, in the flesh, some people I've spent the past decade virtually hanging out with. Jason Denzel. The Liangs. Dwyn. Shendare. And there were surprises. I mean, I knew Jason was tall, but nobody mentioned that he was actually part stork. Jennifer not recognizing me immediately...or on slow prompting. (Come on, Jenn...how many guys with yarmulkes were you expecting? To be fair, Jenn is to "short" what Jason is to "tall", so she couldn't really see it, but still...I cried a little, on the inside). Dwyn was much more petite than I expected. You build up a picture of people in your head, and the force of their personalities makes you think of them as larger than life. Dwyn was barely life sized.

Seriously, though, meeting old friends, and making new ones, is what a con like this is really about, in my opinion, and JordanCon was uniquely well set up to make that happen. Daes Dae'mar, the Ji'e'toh competition, the Saturday night party, the open-gaming room, and the panels all provided real opportunities to interact with other WoT fans, and I had a blast doing it.

3) JordanCon Hates teh Jews; or Why is the Awesome Scheduled for Saturday?!?

OK, OK, I get it. Saturday is the weekend day, the day off, the day with the most attendees, and the day without either opening or closing ceremonies taking up time. But man, if knowing the con organizers can't get them to schedule Harriet McDougal's reading of the AMoL prologue for "not Saturday", what good is it, really?

So, yeah. Sadly, I had to miss the reading - which I heard was terrific - and most of the Saturday night party. I did manage to show up for the last hour of dancing Saturday night, and that was fun, if a bit embarassing. (In a room full of mediocre to bad dancers, shot through with occasional awesomeness, I was by far the most awkward dancer on the floor. The last time I'd actually danced to, well, dance music was in high school, more years ago than I care to think about...and I wasn't particularly good back then. I'm uncoordinated, arrhythmic, and apparently - according to my girlfriend, who laughed at me but still loves me, unaccountably - I make weird faces when I dance. Top that!) Any dance party that has the DJ screaming "I am the Lord of Chaos" at random times works for me. Plus, I got introduced to an awesome but decidedly NSFW love song to Ray Bradbury. Yes, that Ray Bradbury. Google it, if you're of age. Win all around.

4) The Writer's Track Had Some Serious Info for Aspiring Authors

Not going to be funny here at all (Yes, Barm, Luckers, I hear you. I wasn't funny anywhere else in this post. Got it. Be less predictable, dammit!) - the Writer's Track panels at JordanCon were extremely useful. Industry vets at every level, from Hugo and Campbell award winner Mary Robinette Kowal to behind the scenes folks like Peter Ahlstrom (Brandon Sanderson's assistant) to up-and-coming and successful self-published author Will Kenyon, shared valuable knowledge and insight about the writing and publishing process.

5) JordanCon's Blademasters Are Awesome, and I Am Not

Interesting side note: In college, I choreographed sword fights for stage and actually spent a little time in a fencing club. More relevant side note: That was way too long ago to make a difference when I decided to take part in the con's swordfighting tournament.

Armed with practice swords gifted by Robert Jordan himself, con attendees were paired up in mini brackets of four, with the winners of each bout facing off in a second round, and the winner of that second bout getting to challenge one of three Blademasters. Watching the random bouts was fun, in an "opening rounds of American Idol" kind of way - occasionally, someone who knew what they were doing would be involved, by pure luck, but most of the time it was completely untrained folks whacking each other with sticks. Awesome.

Watching the Blademaster bouts was awesome in a whole different way. Those guys really know what they are doing, and it was much like watching any other elite athlete - just stand back and appreciate it.

As for me, it didn't help that I got matched up with Stork Denzel himself. I didn't land a blow.

There is some truly amazing art being done out there, in the fantasy realm in general and the WoT arena in particular, and despite not having the funds available to bring any of it home with me, it was a privilege to walk the room and see some of those beautiful works - a number of which were replicated on Ta'veren Tees. And meeting the son of the late Darrell K. Sweet, hearing him talk about his father's work, and examining the full size paintings from which the book covers were made was definitely memorable.

Bottom line - I drove from New York to Atlanta for this con, and it more than met my expectations. I'm looking forward to going again next year. In fact, I'm going to start working on my dance moves and fencing now.