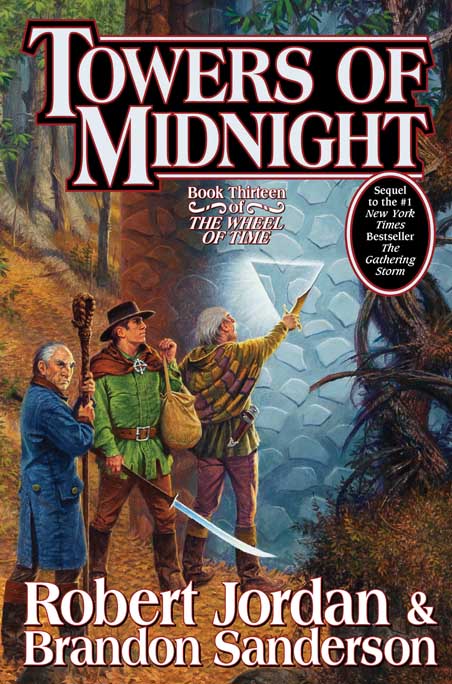 Towers of Midnight, the thirteenth book in The Wheel of Time series, has been completed and delivered to Tor Books for copyediting and publishing. Yesterday on his Twitter" rel="external nofollow">http://www.twitter.com/BrandonSandrson">Twitter and Facebook, Brandon Sanderson announced that he had completed the final draft of the novel which came in at around 328,000 words (The Gathering Storm was about 300,000).

The book is on schedule for a November 2, 2010 release. At this point Tor needs to take the digital manuscript-- basically just a Microsoft Word File-- and turn it into a novel. It needs to be copyedited, laid out with the right fonts and margins, artwork needs to be added, review copies generated, and printed. (It can take a long time to print that many books and bind them!)

Brandon is scheduled to go on a book tour for Towers of Midnight in November. Once the schedule is posted, well share it with you here on Dragonmount. Some of you have been asking if we'll be doing the Storm Leaders for this this year's tour. The answer is yes, but we don't have details yet. Applications will probably go online within a few weeks, after DragonCon (Sept 3-6).

In the meantime, be aware that Brandon will be on tour for his other upcoming novel, The" rel="external nofollow">http://www.tor.com/blogs/2010/05/way-of-kings-master-index">The Way of Kings. The complete tour schedule for that can" rel="external nofollow">http://www.tor.com/blogs/2010/06/brandon-sandersons-the-way-of-kings-tour-announced">can be found on this page at Tor.com.